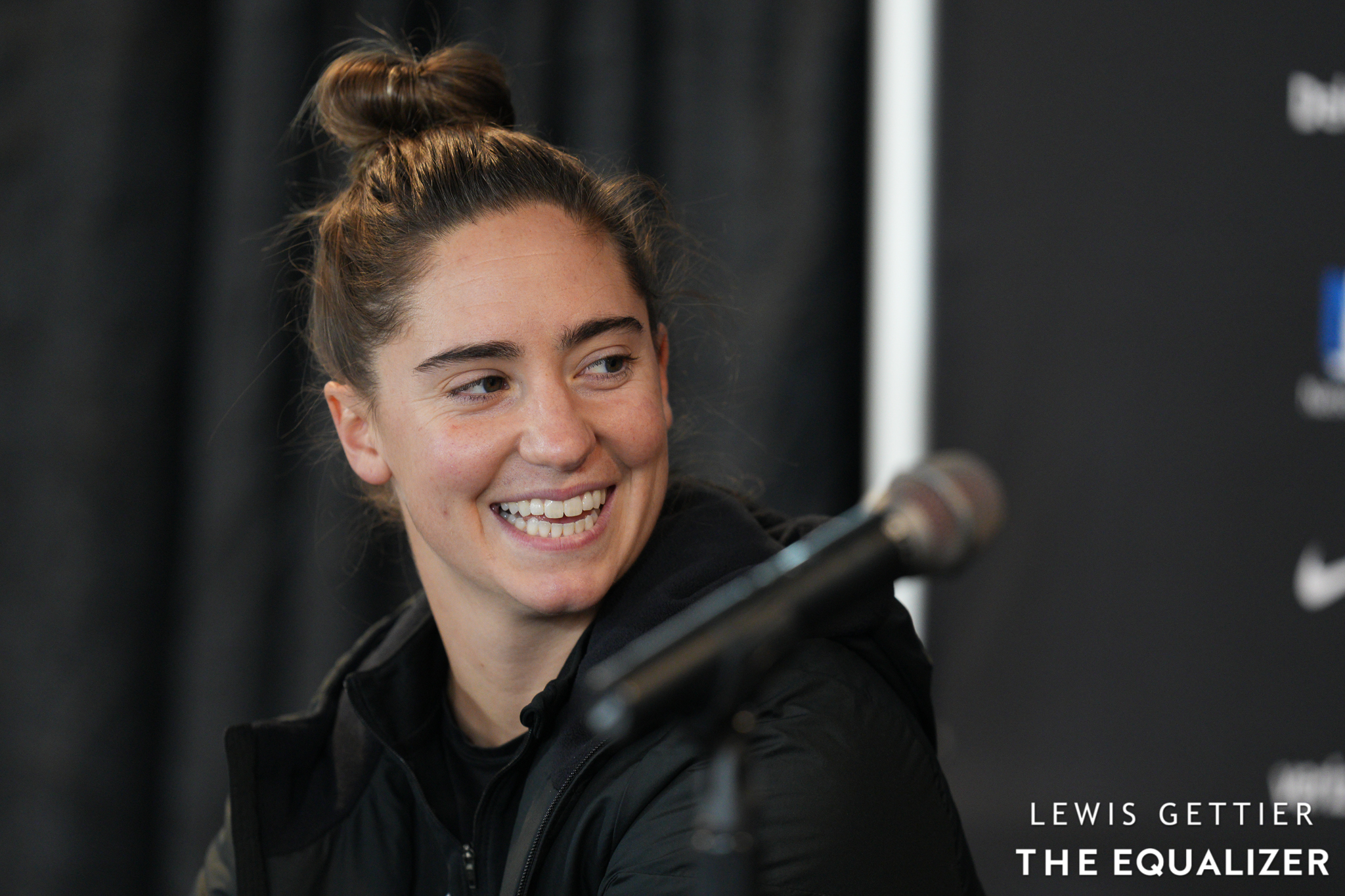 Morgan Gautrat’s journey has only begun

Morgan Gautrat’s journey has only begun

LOUISVILLE, Ky. — Danielle Colaprico and Morgan Gautrat have been teammates on and off for the better part of a decade, first at the University of Virginia and now with the Chicago Red Stars. They know each other well personally and have watched each other progress professionally since being drafted seven years ago. On Thursday, they were tablemates at NWSL Championship media day, where players sit two to a table to field questions ahead of the big game. That, as it turned out, was too close for comfort.

“Oh dear,” Gautrat says with a big laugh after she and Colaprico are asked to talk about each other, before deadpanning: “We’re really good at this in front of each other.”

“Leave for a second,” Colaprico says.

As Gautrat moves out of earshot, Colaprico turns more serious:

“Morgan’s great. I feel like I may be a little biased because I’ve played with her for, now, probably 10 years, but I think Morgan’s one of the best midfielders in the world, and she pretty much has it all. She’s great on the ball; her vision and awareness are exceptional. Honestly, we’re the same age and I look up to her just as much.”

Gautrat’s road to here — one win from an NWSL trophy on Saturday — has been filled with fits and starts, from injuries to other setbacks, but 2021 has been her most complete performance to date, one which has seen her advance higher in the attack while doubling down on the dirty work required of a modern, two-way midfield. It is, surprisingly, also Gautrat’s first uninterrupted season in the National Women’s Soccer League, one without any injuries or international duties. That, she says, partly explains her success this year.

Access the best women’s soccer coverage all year long
Start your FREE, 7-day trial of The Equalizer Extra for industry-leading reporting and insight on the USWNT, NWSL and beyond.
Subscribe
Existing Users Sign In Here
Related Topics2021 NWSL PlayoffsExtraFeaturedMorgan Gautrat

Sarah Gorden emerges as Red Stars’ leader, on and off the pitch, in iron-woman season
Cassie Miller is Chicago’s unexpected rock in goal