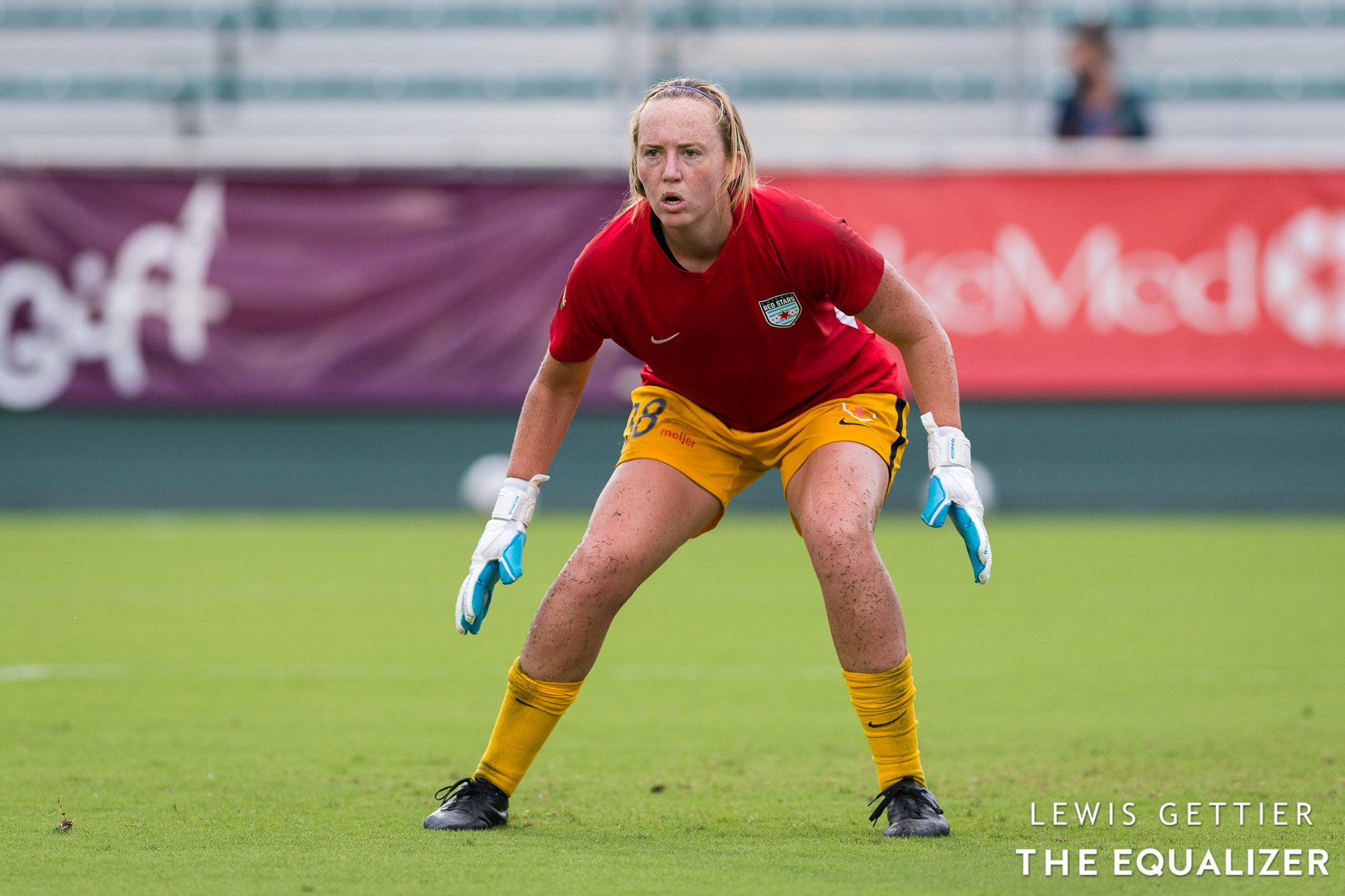 LOUISVILLE, Ky. — Cassie Miller knew there would be a chunk of the season where she would be called on to hold down the fort in goal for the Chicago Red Stars. She had no idea, however, that when Alyssa Naeher left for the Olympics, it would be the end of Naeher’s National Women’s Soccer League season, a development that would leave Miller as the goalkeeper the Red Stars would ride or die with all the way through the playoffs.

“Whenever anyone goes down, you hope for the best, you hope for the cleanest recovery, whatever it is,” Miller, who watched every U.S. Olympic match and was in front of her television when Naeher injured her knee against Canada, told The Equalizer this week.

Unfortunately for Naeher, the knee injury ended her season, although she is back in training again and was with the Red Stars for their final preparations on Friday. For Miller, it was an opportunity to shine.

“Things kind of changed so I’ve kind of been in the net longer than expected,” Miller said. “I’m feeling confident, comfortable.”

Access the best women’s soccer coverage all year long
Start your FREE, 7-day trial of The Equalizer Extra for industry-leading reporting and insight on the USWNT, NWSL and beyond.
Subscribe
Existing Users Sign In Here
Related Topics2021 NWSL PlayoffsCassie MillerExtra

Morgan Gautrat’s journey has only begun
A totally serious, definitive analysis of the 2021 NWSL Championship