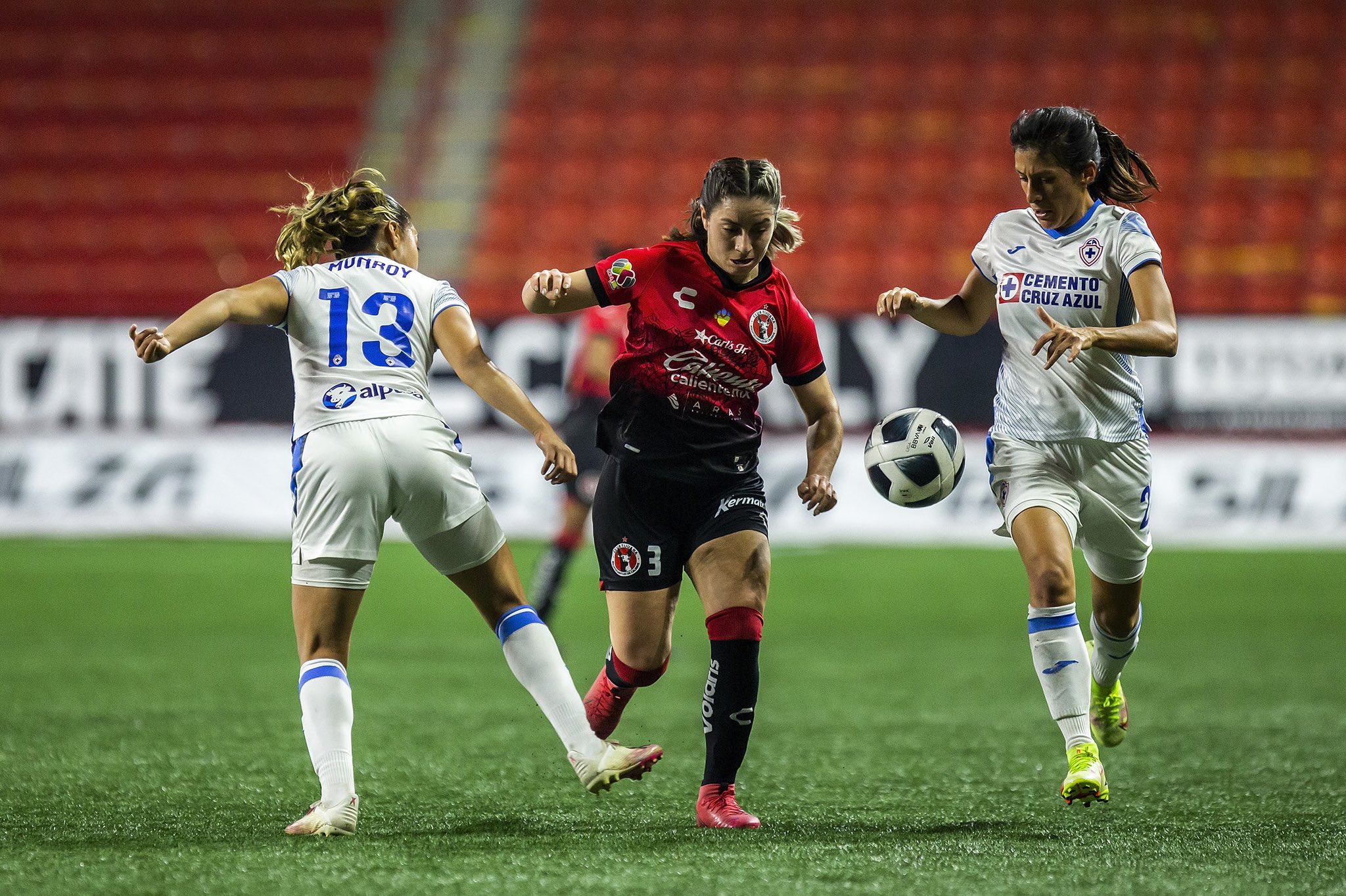 There will be no “decision day” in Liga MX Femenil this Apertura season. This past week — the second-to-last regular season matches of the Apertura — the eight teams for the playoffs were set. However, the order of those eight teams can still change next week.

Here’s what happened this weekend in Mexico to solidify the eight Liguilla teams.

This was the match that gave the league its eight playoff teams. Atlas took down Pachuca at home to notch their own berth, and also a few more clubs. Marcia Garcia scored both second-half goals to give Atlas the victory. However, it was Pachuca that got on the board first, with a 34th minute goal from Veronica Corral.

Pachuca made a strong run for a playoff spot, but will finish below the line. In the last couple weeks, Pachuca earned three consecutive wins. However, it wasn’t enough to steal the eighth place spot from either Tijuana or Cruz Azul, who were even on points.

Newsworthy for Atlas in this match was the suspension of Alison Gonzalez, the prolific and young goal-scorer. Gonzalez, according to the team, did not dress due to “indiscipline.” There is no indication that the suspension will be longer than one match.

Either way, Atlas has a playoff spot, and right now they sit in third place after some major shuffling and a big loss from Santos Laguna. While Monterrey has second place wrapped up, Atlas has a strong chance to keep that third-place spot as they take on Puebla this upcoming weekend.

Chalk this up as a big loss for the former third-place Santos. After a surprising loss to Querétaro — who has upset top-table teams two weeks in a row after defeating Chivas in Week 15 — Santos has dropped down to fifth place. In their favor, though, is the fact that Chivas lost.

Leidy Ramos got Querétaro off to a hot start with a 7th minute after picking up the ball inside Santos’ own box. Santos equalized in the 21st minute, courtesy of an Estela Gomez strike from the top of the box. However, Ramos scored again in the first half, giving Querétaro the lead once again.

The match equalized once more in the 39th minute, as Nancy Quiñones scored off a direct free kick.

In the second half, it was Querétaro’s show. Fatima Servin re-gained the lead in the 52nd minute. Servin, from a much longer distance than Quiñones, hit a direct free kick up and over goalkeeper Nicole Buenfil. The final tally was from Alondra Camargo only four minutes later. Camargo added one more chip over Buenfil, who had a night to forget in goal.

Santos has a chance to take third place again but will need some help. In terms of goal differential, Santos leads Atlas but not Chivas — the table is below for further detail. If Atlas loses, Chivas draws or loses and Santos wins, then Santos will jump back to third place. Santos take on Tigres on Monday, though.

First place isn’t going anywhere for Tigres, but this result shows that the mighty leaders of Liga MX Femenil can be slowed down. Even if Tigres were to lose and C.F. Monterrey win in the final week of action, Monterrey would need to score 14 goals to pass up UNAL on goal differential.

Both goals between América and Tigres were scored in the second half. Tigres got on the board first, as Maria Sanchez picked up a cross from Lizbeth Ovalle in the middle of the box and put it past América goalkeeper Renata Masciarelli. However, in second-half stoppage time, América snagged the draw at home after heading in a corner kick cross.

Tigres is staying in first place but Club América has a chance to jump up all the way to fourth place. Like Santos, América will need a lot of help to do so. They have Tijuana right on their heels, too. For América to secure fourth place, América needs to win and see Chivas and Santos lose. América is behind both teams on goal differential, so ties from Chivas and Santos would not be acceptable.

Club Tijuana picked up a major confidence boosting win and gave them a higher spot on the table. Tijuana sits in seventh place with 27 points, breathing down Club America’s neck. Cruz Azul qualified for the playoffs, but might see eighth place as their final finishing spot with 24 points. Also, Cruz Azul is the only playoff team with a negative goal differential.

Esmeralda Verdugo gave Tijuana the early lead at home, scoring in the 10th minute off a volley — that she passed to herself. Michelle Montero equalized for Cruz Azul in the 31st minute, after Tijuana goalkeeper Itzel Gonzalez could not clear the ball on a free kick, running into her own defense.

In the second half, it was Tijuana’s match. Paola Villamizar re-took the lead for Xolos in the 55th minute. Villamizar shot past four defenders in the box after dribbling around them on the side. Four minutes later, Sanjuana Muñoz notched the game-winner on an “olimpico” goal, which means the person who takes the corner kick scores. To add insult to injury, Cruz Azul defender Claudia Cid scored an own goal on a Tijuana corner kick.

Tijuana needs some help to move up the table. Xolos can only move up as far as sixth place — one spot — due to goal differential with the teams that have 30 points — Chivas and Santos. Should Tijuana win against FC Juárez and Club América lose against Club León, then sixth place would belong to Xolos.