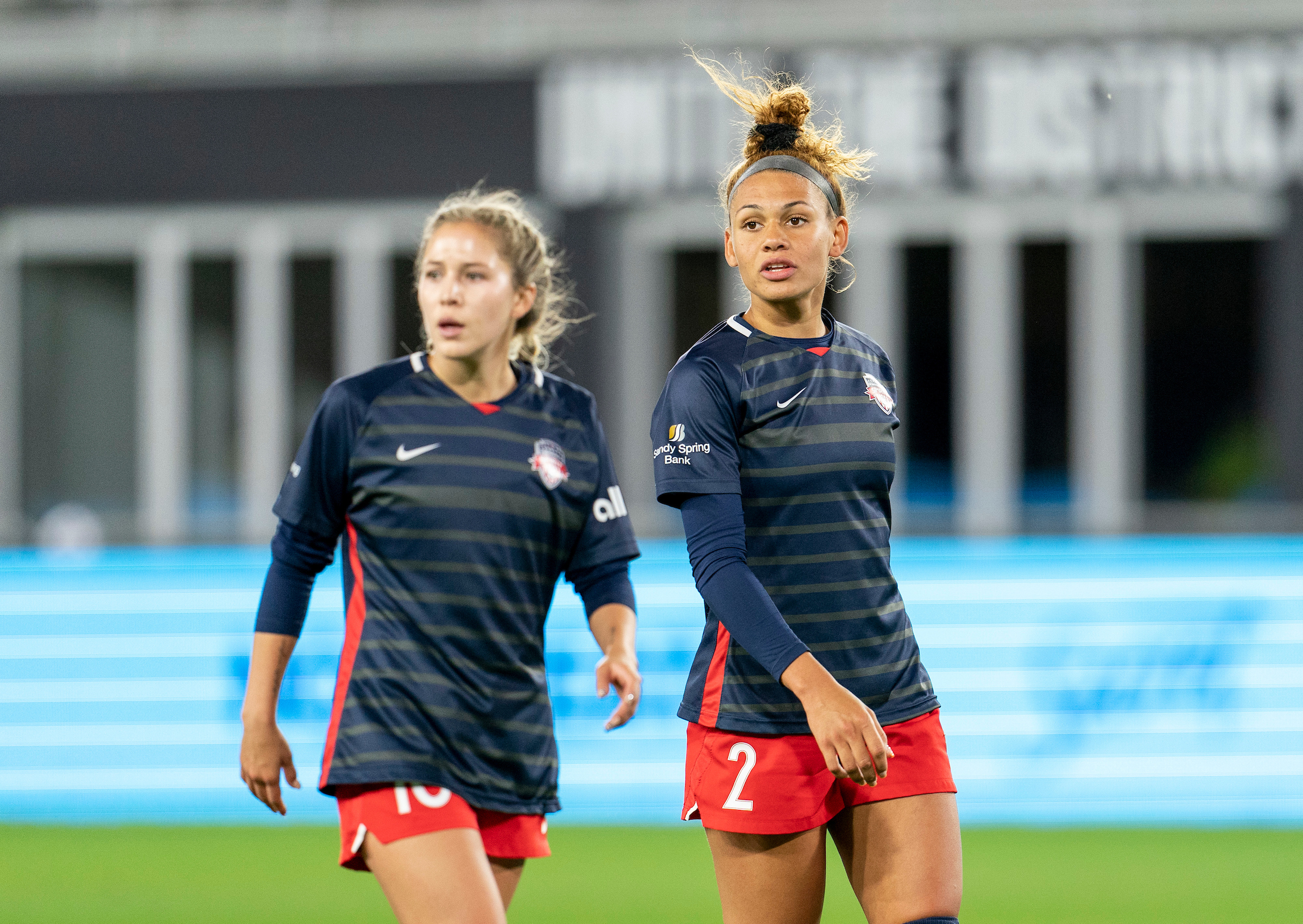 The Spirit’s dynamic duo already has more than just potential

The Spirit’s dynamic duo already has more than just potential

How many times do you hear that a player or group of players are going to be the focal points of a sports franchise for the next decade? And how many times does it come to fruition?

During each of the last two National Women’s Soccer League drafts, the Washington Spirit have made trades to move up the order to select players they were targeting. Each of those players was meant to be a building block for the team’s future, and each delivered early in their careers on Sunday, when the Spirit booked a place in the 2021 NWSL Championship.

In 2020, during the wildest first round ever seen, the Spirit traded up to take Ashley Sanchez at No. 4 in a deal that traded away Mallory Pugh. A year later, they made a deal in advance of the draft, settling into the No. 2 spot where they grabbed Trinity Rodman. Both were short on experience when they arrived. Sanchez was prolific in three seasons at UCLA but was also part of the first wave that bypassed college eligibility to declare for the draft early. (Pugh, who never played an official game in college, was only able to enter the league via the allocation system).  Rodman enrolled at Washington State but had no fall season due to the COVID-19 pandemic and then entered the draft, meaning she never took the field in a competitive NCAA match.