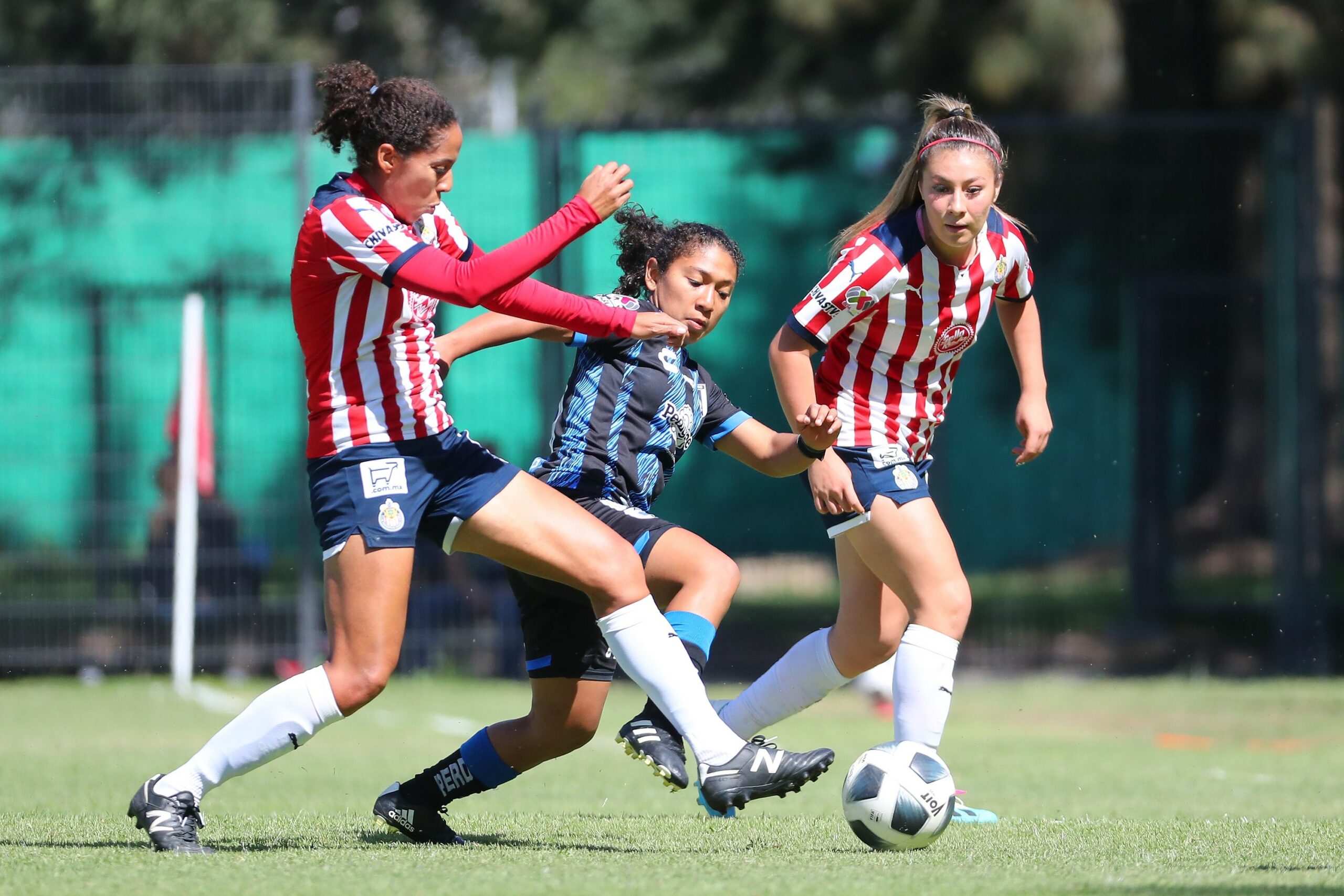 The week of upsets in Liga MX Femenil happened to be this past weekend. Santos Laguna, after ripping through other teams across Mexico, was handed a humbling defeat by Pachuca, while Chivas was stunned by 14th-place Querétaro.

Check out what happened — and what failed for some of the top teams in Mexico — from Week 15.

If you had this one on your bingo card this weekend, raise your hand. Likely, the majority did not. Querétaro, which sits 14th in the table, toppled Chivas for a major upset victory. It’s not major in the sense that Querétaro can jump into a playoff spot. In fact, they are well ruled out from the playoffs. However, the table did shift toward the top, and now Chivas sits behind Tigres, Monterrey and Santos, taking the fourth spot — with Atlas breathing down their neck.

Chivas losing is even more stunning by the fact that the match took place in Guadalajara. Leidy Ramos gave Querétaro the lead in the 22nd minute, sneaking behind Chivas defender Michelle Gonzalez and hitting her shot past Celeste Espino.

Querétaro doubled the lead at the start of the second half, as Fatima Servin scored in the 47th minute. Servin scored a stunner, hitting the ball from the top of the penalty area, which then hit the post and bounced into net. At first glance, the ball looks high enough to go wide, but Servin hit it and got an incredibly friendly bounce.

The world is not ending for Chivas here, but if the team does find themselves slipping down the table, then the rights to hosting playoff matches will slip right with them.

The tables have turned for Santos Laguna. The red-hot team was putting up four goals against bottom-table teams during their run of form in the middle of the Apertura season. However, now Santos is on the receiving end of the goals. Pachuca, at home, stunned Santos, who did move up to third place after the Chivas loss.

Pachuca, on the other hand, is fighting for their playoff lives, sitting in ninth place with 20 points and watching teams like Tijuana and Cruz Azul win and distance themselves from the threat.

In the second half, Pachuca scored three goals within 10 minutes. However, in the first half, it was Lucero Cuevas that kicked off the campaign with a strike at an angle. Santos goalkeeper Nicole Buenfil leapt up for the diving save, getting her hands on it, but couldn’t push the ball from goal.

In the 61st minute, Pachuca’s fury unleashed. Veronica Corral scored off a slanted-chip over Buenfil toward the far post. Karen Diaz scored in the 67th minute after a corner kick was initially deflected by the Santos goalkeeper, but Buenfil did not have time to recover as Diaz struck on a one-touch shot. Finally, the fourth and final goal — from a fourth different goal-scorer — came from Esbeydi Salazar in the 71st minute. Salazar scored off a penalty, firing her shot right down the middle.

Pachuca has a tough test in Atlas this coming weekend and then a finale against Querétaro — who showed they are not to be pushed around or taken lightly. In addition, Pachuca will need some help from Tijuana or Cruz Azul, who each have 24 points and sit, respectively, in seventh and eighth place. Ironically, Tijuana and Cruz Azul meet up this Monday. Needless to say, Pachuca players, coaches and fans will have their TVs on for that one.

Atlas picked up a major three points against Club América in a close, 3-2 victory at home. It’s been a bumpy and inconsistent season for Atlas, but the team has been a roll with a now six-game winning streak. For a while, Atlas was underneath the playoff line, but is now back over and sits closely behind Chivas, in fifth place.

This was a back-and-forth match at its finest. Atlas got on the board first, and early, with a 5th minute goal from Adriana Iturbide, scoring after out-running Janelly Farias for the open shot with no pressure around her. Club América tied it up in the 17th minute, courtesy of Daniela Espinosa, after intercepting the ball after a defensive error. Two minutes later, Club América took the lead for the first time when Angelique Saldivar struck at a tough angle inside the box.

However, the second half was all Atlas, the home side. Veronica Perez hit an impressive volley through a lot of traffic on a corner kick and snuck it past América goalkeeper Renata Masciarelli. In second-half stoppage time, Alison Gonzalez scored the game-winning goal on a penalty kick to give Atlas all three points.

There are three teams with 30 points on the table fighting for the third place spot, as first and second seem wrapped up by Tigres and C.F. Monterrey. Santos, Chivas and Atlas are in tight competition for third place, and right now Atlas has the best run of form. Atlas has Pachuca and then a Week 17 finale against Puebla. Santos and Chivas do not have walk-in-the-park games. Atlas could very well sit in third at the end of the regular-season.