Chicago perfected winning without the ball 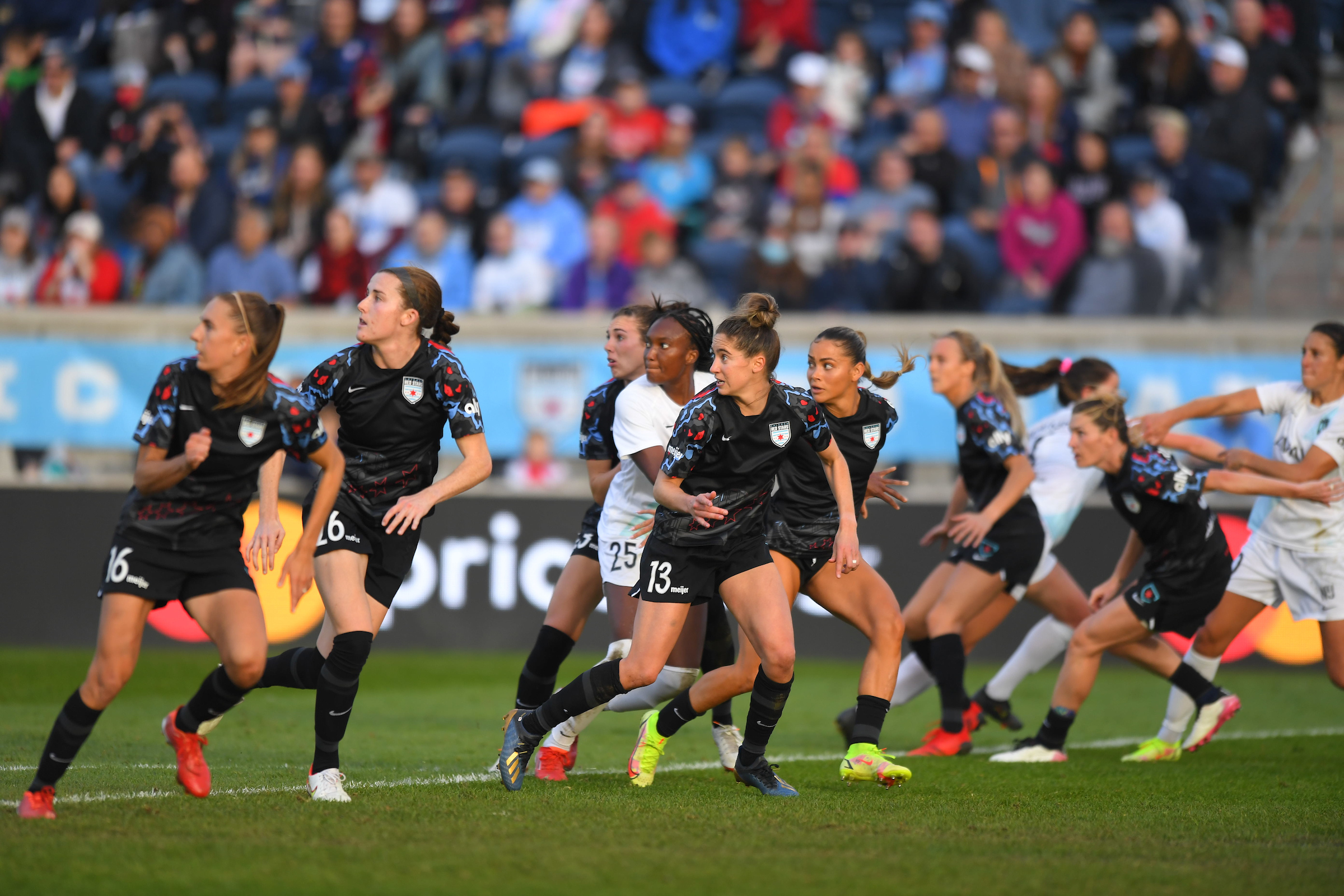 Sunday did not play out how Scott Parkinson expected.

“I thought it would be a little bit more end to end than it was,” the NJ/NY Gotham FC head coach said after his team’s 1-0 loss to the Chicago Red Stars in the first round of the National Women’s Soccer League. “Especially in the first half, I thought they’d come out and give us a goal. But they didn’t.”

That scenario hasn’t been unheard of for the Red Stars during the 2021 regular season, especially in the first few months of the season. The team had to find its way after an up-and-down 2020 and some key injuries limited squad rotation, and they struggled with consistency. Chicago would push for the first goal of a match, get drawn out of position in the back, and concede off a mistake before they could alter the game state in their favor. They’d then have to get into a footrace with the opposition, in the type of match the Red Stars haven’t been equipped to win with an attack that still hasn’t completely broken out of its own limitations.

Gotham arriving at SeatGeek Stadium with the intention of drawing space and slipping in behind makes some sense, especially with a former Chicago assistant coach at the helm. But that game-plan also ended up looking a little outdated. Early-game mistakes haven’t fazed Chicago in almost two months, dating back before a season-defining win at home against the Portland Thorns in early September. That game in and of itself wasn’t perfect, and the Red Stars did concede first. But in a turn of fortunes, the team immediately fought back, and when holding onto a one-goal lead late they were able to keep focus and maintain their shape.

Access the best women’s soccer coverage all year long
Start your FREE, 7-day trial of The Equalizer Extra for industry-leading reporting and insight on the USWNT, NWSL and beyond.
Subscribe
Existing Users Sign In Here
Related Topics2021 NWSL PlayoffsExtraFeatured

Right place, right time again for Hatch and the Spirit
Kassouf: This is what the playoffs are all about