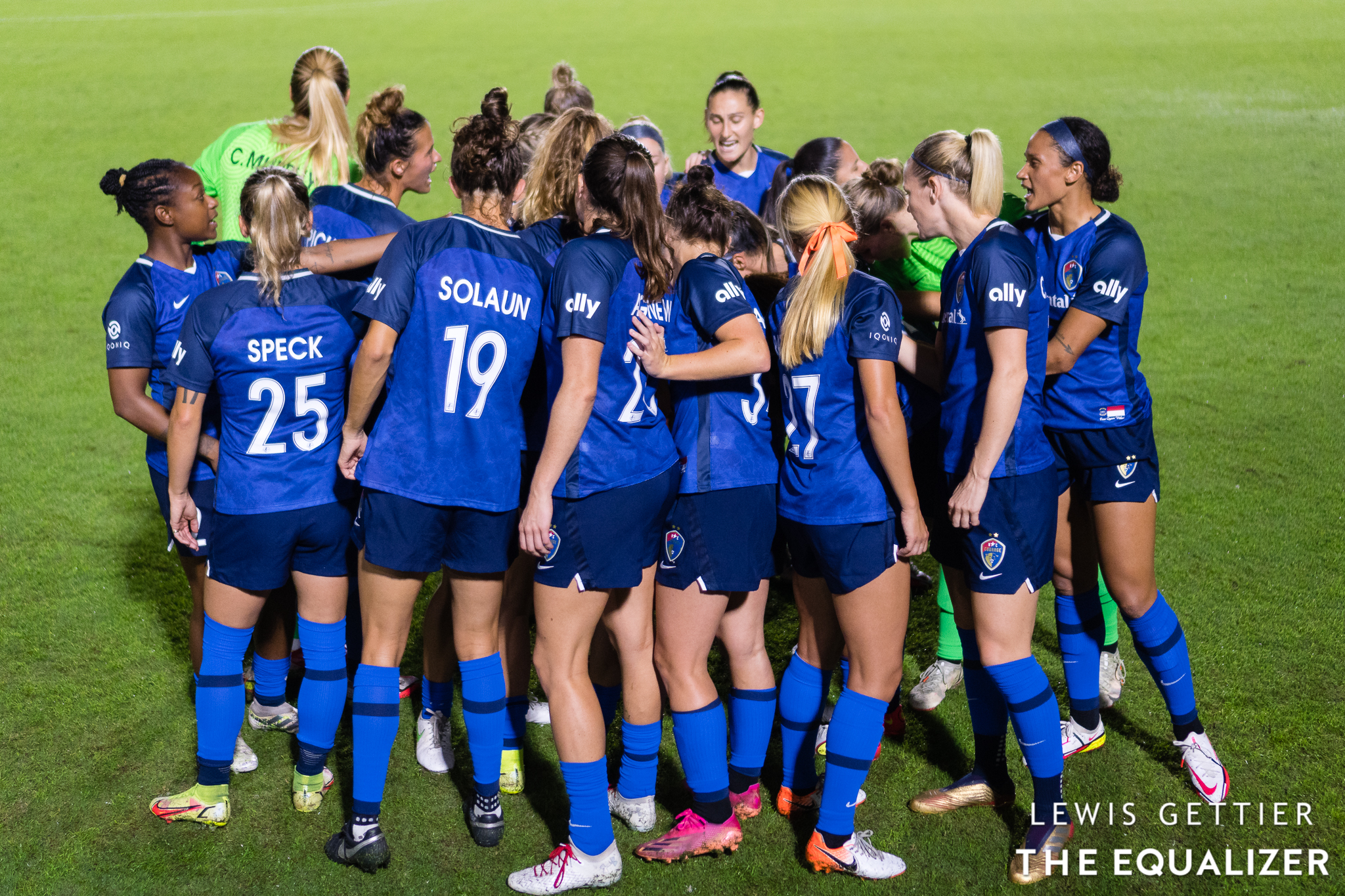 Things are different for the Courage this year

Things are different for the Courage this year

A small group of North Carolina Courage players stood in a circle outside Gate E6 at Portland International Airport on Sunday to watch a stream of the Washington Spirit-Houston Dash game. This was how they would learn whether their season was over.

The Courage played the Portland Thorns to a 0-0 draw the night prior, a result which mathematically kept alive the Courage’s playoff hopes but left them hanging by a thread. A point against Washington on Sunday would be enough for the Dash to claim the final playoff berth and eliminate North Carolina.

Spirit rookie Trinity Rodman scored with 14 minutes left to play in that game, and when the final whistle blew in Washington, D.C., on Sunday, the most exuberant celebrations took place over 2,000 miles away. North Carolina was back in the playoffs, an outcome which felt highly unlikely in the preceding weeks and an experience which was wholly unfamiliar to a team so defined by success.

North Carolina has been a juggernaut in the National Women’s Soccer League. Combined with their 2016 NWSL Championship as the Western New York Flash, before the franchise moved, the team played in the last four playoff finals, winning the last two, while winning three straight NWSL Shields. In 2018, the Courage lost one game in all competitions while winning the double and beating European champions Lyon for a third trophy in an exhibition tournament.

That Courage team, 2021 has proven, is one of the past. North Carolina is one of the teams most impacted by the traumatic past few months in the NWSL. Paul Riley, the coach who oversaw each one of those trophies, was fired on Sept. 30 following a report in The Athletic which detailed allegations of sexual misconduct in previous jobs. The revelations shook the league and, specifically, the Courage. Interim head coach Sean Nahas, who took over after a phone call from captain Abby Erceg telling him ‘We trust you,’ called North Carolina “ground zero” for the trauma experienced across the league. Players have been through their “darkest times,” Nahas said, and that has no doubt impacted their performances on the field.

Access the best women’s soccer coverage all year long
Start your FREE, 7-day trial of The Equalizer Extra for industry-leading reporting and insight on the USWNT, NWSL and beyond.
Subscribe
Existing Users Sign In Here
Related Topics2021 NWSL PlayoffsExtraFeaturedSean Nahas