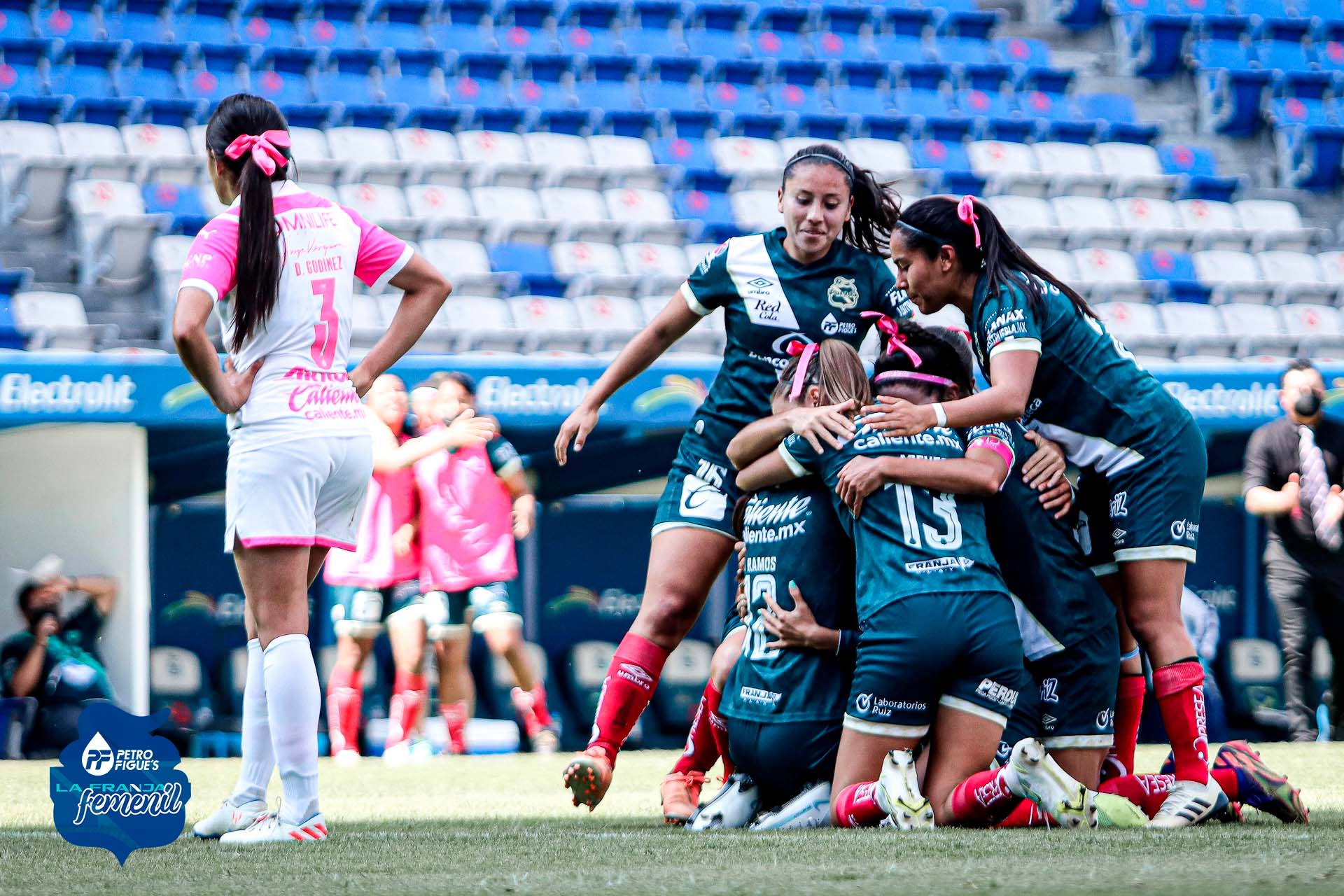 Liga MX Femenil returned to action after the international break with a slew of matches that ended in surprise. The big match on the docket this week was easily Monterrey against Club America. However, it was Chivas’ draw against 13th-place Puebla that made headlines.

Puebla scored in the 75th minute to deliver a shock to Chivas, who have dropped to fourth place on the Liga MX Femenil table. Mariana Ramos was the goal-scorer on an impressive breakaway play. It began with goalkeeper Brissa Rangel giving a long throw to Veronica Martins, who continued to dribble down the pitch until passing to an open Ramos.

Ramos then settled the ball with her first touch and used her second to strike, right at the top of the penalty area, hitting her shot past Chivas goalkeeper Celeste Espino. However, Chivas did get on the board first in the 12th minute with a hit inside the box, at a tough angle, after dribbling around her defender.

Chivas and Santos Laguna both have 30 points on the table, but Santos has the better goal differential, giving them the third place spot. Chivas should win their Week 15 match against Queretaro with ease, while Santos will have Pachuca.

It’s unlikely that Monterrey will overtake Tigres for the first place spot — back on Oct. 9, Monterrey lost to Tigres — but Monterrey is still piling up wins for the slim chance Tigres missteps.

Monterrey took down Club América on Monday night, giving themselves more cushion in the second-place spot. On the road, Club América did take the early lead with an 18th minute goal from Kiana Palacios, who hit her header on an America corner kick and slipped it past the defense.

However, after teams emerged for the second half, it was all Monterrey’s show. In the 68th minute, Diana Evangelista scored the equalizer on a curling strike that is worthy of the highlight reel. Ten minutes later, Rebeca Bernal scored after volleying the ball to herself on a major defensive breakdown from América. Finally, to put the icing on top of the cake for Rayadas, Jocelyn Orejel of Club América scored an own goal in the 80th minute off a lazy attempt to deflect a cross out.

Although Club América still sits in fifth place, the race for playoffs spots is getting tighter. Club América can’t afford to drop many more points, or teams like Cruz Azul or Pumas could make a big jump in the final stretch.

This is where things get interesting on the table. Toluca has been enjoying a positive run, looking to make a late playoff push. However, this loss could have the chance of knocking Toluca out of playoff contention — but it gives Pumas hope for a potential push.

Pumas can thank Marylin Diaz and Edna Santamaria for helping with getting closer to a playoff spot. Diaz scored in the 35th minute on a penalty, which she hit right down the middle as Toluca goalkeeper Sandra Lozano dove to her left. Santamaria hit her tally in the 78th minute. And, if you thought the curling goal from Monterrey’s Evangelista was good, then this one will make you fall out of your chair.

Pumas now has 18 points — only three points away from a playoff spot. Of course, Pumas would need some favors from Cruz Azul, Tijuana and Atlas — who all picked up wins this weekend — and have to win their own matches. Pumas does not have a friendly schedule though, beginning with taking on Tigres next weekend.