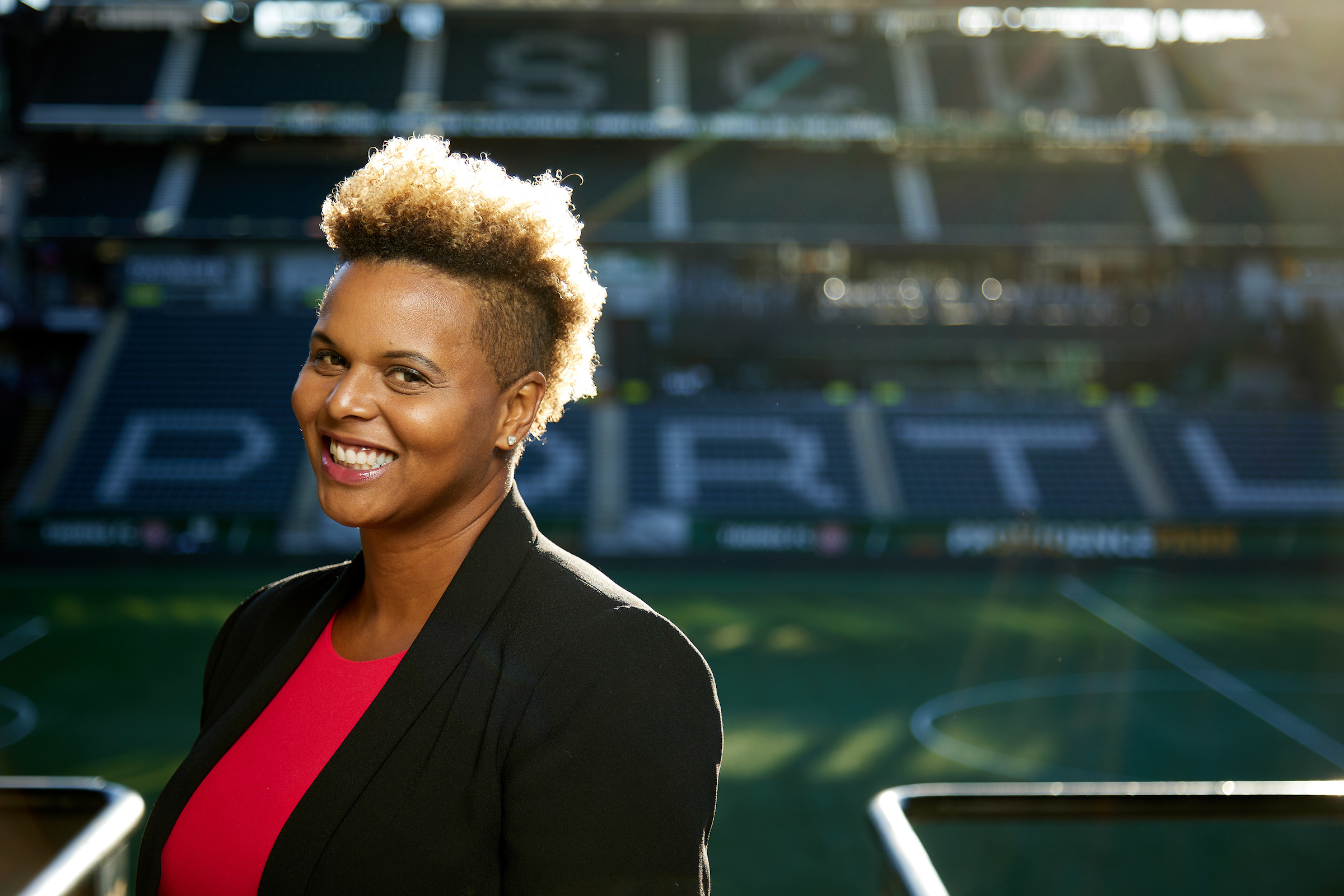 Karina LeBlanc, who most recently was the head of women’s football for Concacaf, is the new general manager of Portland Thorns FC, the team announced on Monday. LeBlanc was the starting goalkeeper for the team’s championship run in the inaugural National Women’s Soccer League season in 2013, and she played for Canada and in different professional leagues for nearly two decades.

LeBlanc will be responsible for the technical operations of the club and report directly to owner and CEO Merritt Paulson. LeBlanc has a significant task immediately in front of her: hiring a new head coach to replace Mark Parsons, who will become the full-time coach of the Netherlands women’s national team following the NWSL playoffs. Portland is the No. 1 seed in the playoffs, which begin this weekend.

“When this opportunity came about and I started talking with the organization and the players, I realized it was an opportunity to do something that would have been truly personal for me,” LeBlanc said. “I’m excited to be here.”

News of LeBlanc’s hire comes at a time of scrutiny for the Thorns organization amid its handling of the 2015 dismissal of head coach Paul Riley. The Thorns announced at the time that they would not renew Riley’s expiring contract, and thanked him for his services. A report detailing allegations of sexual harassment and coercion by Riley, including during his time in Portland, led to Riley’s firing as head coach of the North Carolina Courage. The Thorns revealed at that point that they placed Riley on administrative leave in 2015 following a formal complaint from Mana Shim, one of the alleged victims of Riley.

That investigation which came from the complaint was never made public — although the Thorns say the league was made aware of it — and Riley was rehired a few months later by the franchise which eventually became the Courage. Gavin Wilkinson, the longtime president and general manager of both the Portland Thorns and Timbers, was made aware of the complaint. Falling calls from Portland fans for his ousting and a collective call from current Thorns players for his suspension pending the current investigation, Wilkinson was suspended from all Thorns activities but remains in the same role for the Timbers.

LeBlanc’s arrival serves as a direct replacement for Wilkinson as the Thorns’ general manager, even if the team did not explicitly communicate that. LeBlanc said that the opportunity came together very quickly and included a conversation with longtime Canada (and former Portland) teammate Christine Sinclair, who is still the captain of the Thorns, telling LeBlanc, “we need you.” LeBlanc spoke with Thorns owner Merritt Paulson to make sure that the opportunity was not one just for show, but one that had the power to make real changes.

“I think the most important thing is to create an environment where people feel that you can come in and speak about that,” LeBlanc said. “The steps to that are why I think it’s exciting, I took this position because Merritt told me I would have to autonomy to make these decisions, to have seats at the tables of these governing decisions.”

LeBlanc spoke in her introductory press conference on Monday about her own experiences as a player, including at the Thorns, and the need to improve those experiences. She mentioned her time at Concacaf, where she spent the past three years trying to reform women’s soccer in the region, from the structure of the competitions to more grassroots efforts in individual nations.

Throughout her press conference, LeBlanc spoke of very personal experiences, including her near-death experience after giving birth to her daughter last year, following COVID-19 complications in the thick of the pandemic. LeBlanc spoke of wanting a better world for players past, present, and future.

“This is not just an NWSL issue, this is all of soccer globally, and I think what’s happened now is that it’s a time for us all to pause and think, what role can I play in this?” LeBlanc said. “Even with the media, you play a role. Even the parent of a little kid playing recreational soccer, they play a role. The referee plays a role. It’s time we all pause and be like, how do we move forward in the right way, In a true way, to make this game better? That’s where I can say I’ve now been on both sides and those are the questions I’m going to be asking, but most importantly I’m not sitting here saying I have the answers. I don’t think anybody has the answers because it hasn’t been perfect in the past, but this is a new age, this is a new time, and I think we have more diversity at the table now to go towards those answers so we can truly get this right.”

LeBlanc returns to Portland as the team begins its playoff journey in an effort to capture its third NWSL Championship and first since 2017. She spoke about the great structure of players and coaches already in place, and said that she needs to listen and learn more about what has been working so well.

Portland’s task of hiring a coach is one the club has known about for the past six months. LeBlanc said she is entering the process late, but will still provide input. Parsons’ last game with Portland will be some time this month, depending on how the Thorns perform in the playoffs, and he has a quick turnaround to the next international window with the Netherlands at the end of the month. Parsons has been doing double duty during international windows for the past two months.

“Portland has been well underway that process of hiring a coach,” LeBlanc said, “and I’ve come in and I get to review and look at, and we’ve had some great discussions already as an organization about who the next hire will be because we know that needs to happen pretty quickly, because unfortunately the great Mark Parsons, who I’ve also had some great conversations with, will be departing. Will there be a hole left in that locker room? Absolutely, because Mark is incredible. But they’ve also been planning head. So that’s one of the first things on my to-do list, is to hire a new head coach, and I’m excited about that opportunity and finding the right fit for the club.”

Click here to get 50% OFF your first year of annual subscription!