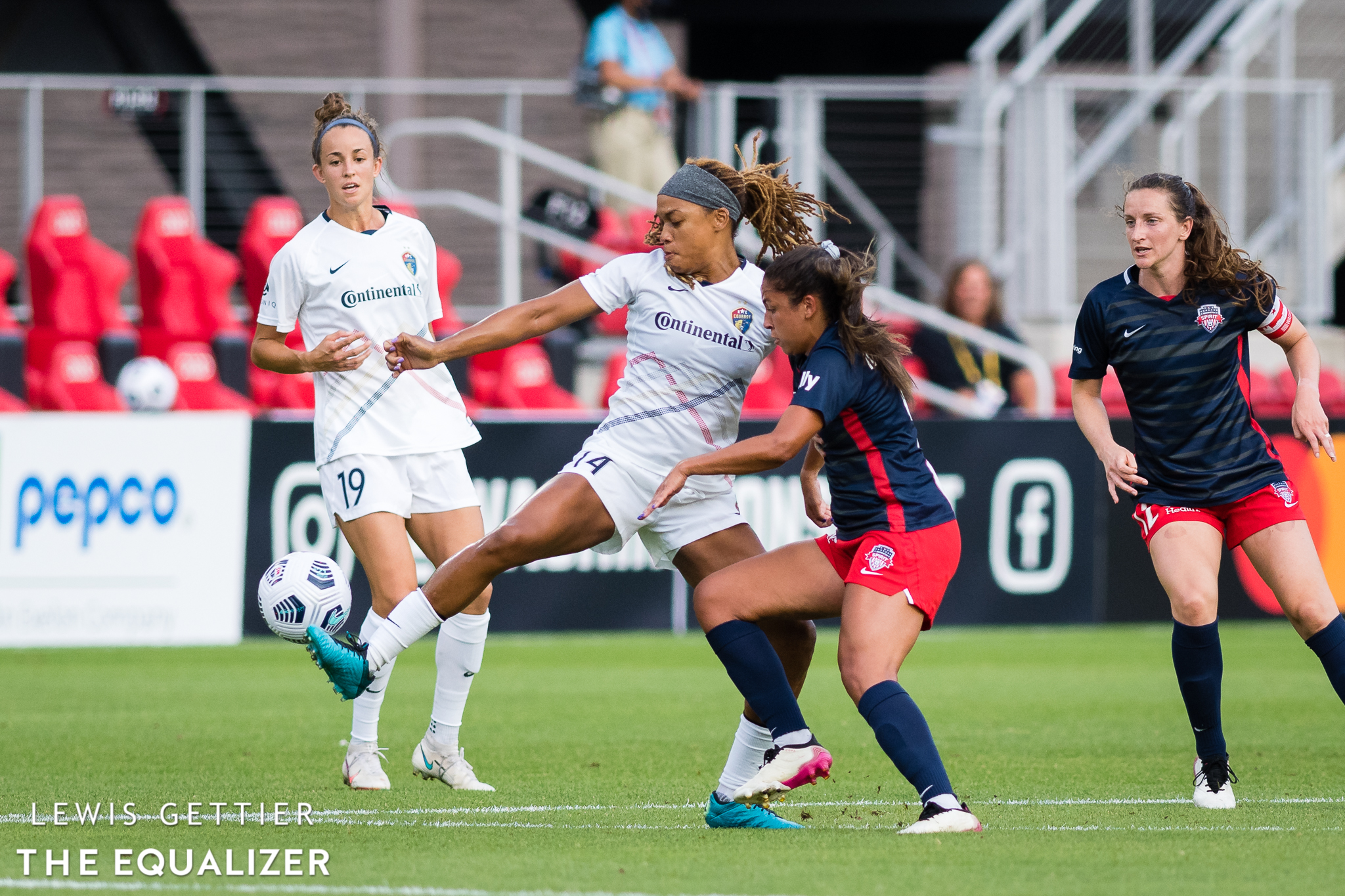 The 2021 playoff field is set after the most chaotic season to date in the National Women’s Soccer League, and while the two top seeds in the Pacific Northwest managed to distance themselves slightly from the pack down the stretch, predicting what lies ahead is something of a fool’s errand. A prevailing on-field lesson this year in the NWSL has been that almost nothing goes to plan.

Evidence of that is so abundant that it is too long to list, but take the last few weeks and how much the table changed — granted, amid a backdrop of exposed systemic failures which mentally taxed players league-wide — as proof. On Oct. 10, the Houston Dash pummeled the North Carolina Courage, 4-1, in a game which felt like it could seal each team’s fate as they ultimately battled for the final playoff spot. North Carolina’s struggles continued, but the Dash spiraled from there, losing their last three matches (while being shut out) and missing the playoffs on Sunday when a point would have sent them through at North Carolina’s expense. The Courage are winless in four and won only one of their final nine games, but still got in.

NJ/NY Gotham FC entered October with two games in hand on the field and, with four games remaining, still had an outside shot at the NWSL Shield. Portland Thorns FC quickly ended that hope, but Gotham still looked poised to host a playoff game and perhaps even earn a bye with the No. 2 seed. Their final three games were against the league’s worst two teams: last-place Kansas City followed by a pair of games with Racing Louisville FC. Gotham tied all three and finished fifth. Entering Saturday, they still could have been eliminated outright if other results went differently.

Get 50% OFF your first year of annual subscription!

That leads to here, starting the NWSL’s new playoff format, which features six teams for the first time. The previous seven playoff fields in league history were all simple, four-team, single-elimination tournaments which pit the Shield winner against the No. 4 seed in one semifinal and Nos. 2 and 3 against each other in the other.

What can we expect from the three weekends ahead? Chaos is the easy answer, in a league defined by it, but knockout soccer often looks nothing like the typically more open play of a regular-season match. There is endless global evidence of that, too, and no greater example in the NWSL than the gruesome 2017 Championship which Portland won over North Carolina partially by default of being the last team standing.

Below is an early look at the road to Louisville, where the NWSL Championship will be played on Nov. 20 (after being moved from Portland). Subscribers to The Equalizer Extra can expect exclusive content throughout the playoffs focusing on key players, analyzing team tactics, and recapping matches. New members can click here to get 50% OFF their first year of annual subscription!

Chicago enters this match as the team in better form. The Red Stars won three straight to end the season and their only defeat in their last nine games was a 3-2 loss on the road to red-hot OL Reign on Oct. 10. They have been defensively solid, anchored by ironwoman (every minute played) Sarah Gorden, and the front six which took time to come together this season finally looks comfortable. Mallory Pugh and Kealia Watt have formed a partnership which is connected to the rest of the squad by midfielder Vanessa DiBernardo, who frequently sits just underneath them. Their task up top is a steep one.

Gotham, despite sputtering offensively down the stretch and at times during this season, had the second-best goals-against record in the league this year, behind Portland. At times, that record appeared to be supported by freakish plays in front of their own net which went in Gotham’s favor, but the back line has held strong despite injuries and international duty forcing some rotation. The most consistent figure in there has been right back Caprice Dydasco, whose fullback-on-fullback duo with Arin Wright could partially define the flow of the match.

No. 6 NC Courage at No. 3 Washington Spirit

This is the matchup of the two least likely teams to be in the positions they are in — and, to some degree, in the playoffs at all — and that would have been an absolutely bizarre sentence to write when the season started. Each of these two teams has gone through significant trauma off the field which has undoubtedly impacted their play.

Rewind two months, and the Spirit looked like they were toast. Richie Burke had already been suspended from his head-coach role (he was eventually fired following an investigation), and the team was forced to forfeit back-to-back games due to COVID-19 protocol breaches which canceled matches against Portland and OL Reign. The team is also embroiled in a public ownership squabble which has fallen to the players, who have openly demanded Steve Baldwin sell the team to his equity partner, Y. Michele Kang.

Those forfeits, a least, turned out to be blips. The Spirit have not lost in the nine games they have actually played under acting coach Kris Ward. Ashley Hatch claimed the NWSL Golden Boot with 10 goals this season. Trinity Rodman and Ashley Sanchez continue to be a dynamic, young duo up top. And Aubrey Bledsoe is a brick wall in net. Connect all that through captain Andi Sullivan in midfield and the Spirit are flying.

North Carolina, meanwhile, has struggled over the past two months. Interim head coach Sean Nahas reiterated the obvious over the past few weeks: the players, as he put in on Saturday, have gone through their darkest times. Paul Riley was fired as head coach on Sept. 30, the same day The Athletic detailed allegations of his sexual harassment and coercion of players over the past decade. It is impossible to separate the off-field emotions from the team’s on-field performances.

Between the lines, North Carolina’s inconsistencies spread throughout the field. The back line has switched off in different moments, the midfield is not nearly the same in Sam Mewis’ absence (and Crystal Dunn’s offseason departure), and the typically high-energy attack has not produced its usual volume of opportunities. North Carolina will need all those lines in sync against a surging Spirit team, something they haven’t been able to make happen in months.

There is no re-seeding in the semifinal round, so the bracket is set. Portland had Gotham’s number this year, including in the 2021 NWSL Challenge Cup final prior to the regular season. A Thorns-Red Stars matchup could be the most interesting, however, as a way of seeing how much has changed since the season-opener on May 16, which feels like years ago. Chicago lost that game 5-0 and lost Julie Ertz to injury in the opening half-hour (she hasn’t played for Chicago since).

OL Reign enter the playoffs as the hottest team other than the Spirit, who handed the Reign their only loss in their last 10 games. A rematch pitting the Spirit against the Reign in Tacoma – where Washington won 2-0 on Oct. 16 — would be a scintillating semifinal.

Buckle up, folks. This truly could feature any permutation of matchups.