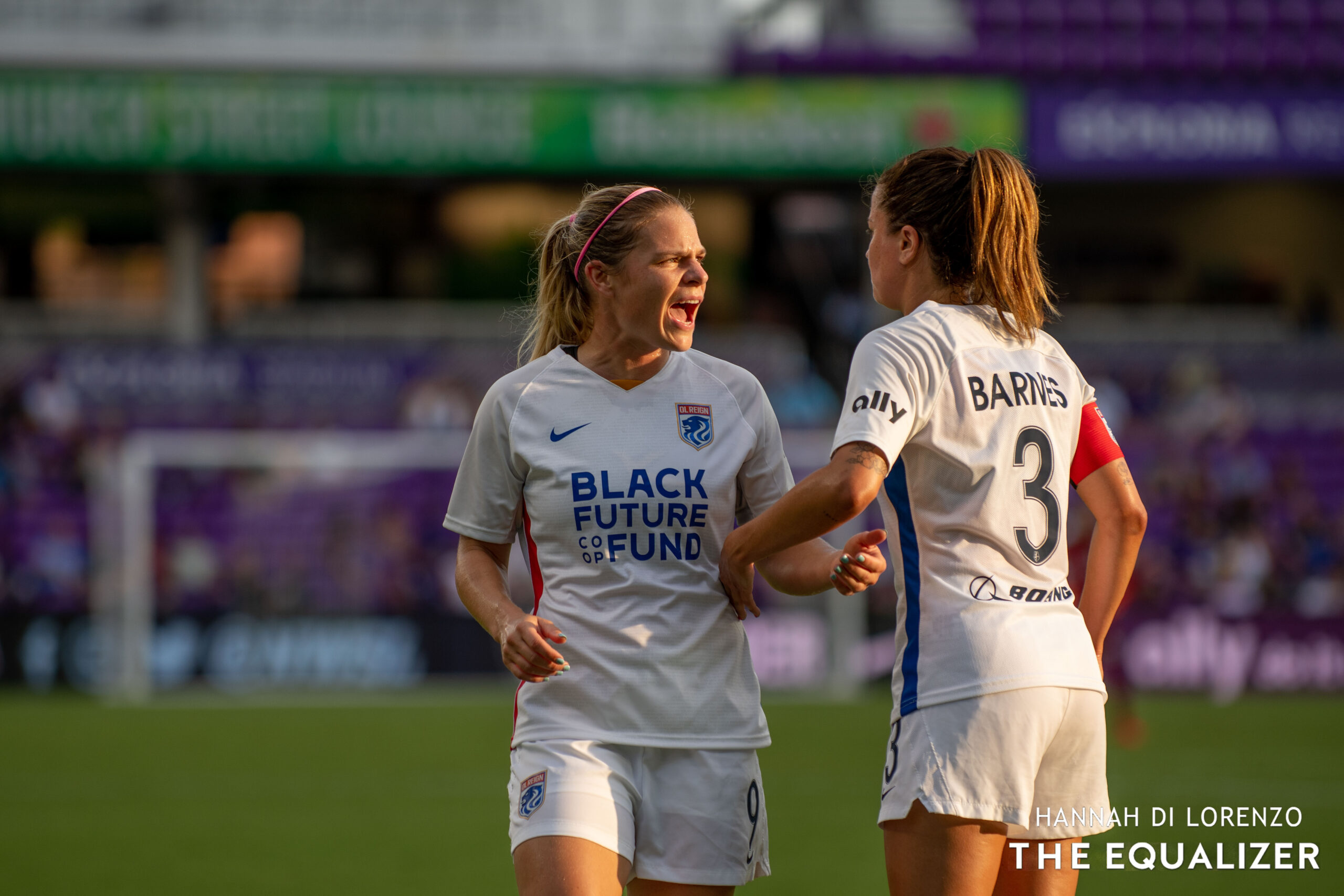 Portland played the North Carolina Courage to a scoreless draw, which was not the result the Courage needed most but keeps their playoff hopes alive heading into the final day of the season. The 0-0 draw clinched a playoff spot for NJ/NY Gotham FC.

Here is what happened on Saturday in the National Women’s Soccer League:

The Skinny: OL Reign spoiled the unveiling of the Kansas City Current brand with a 3-0 win at Legends Field, paced by a third brace of the season from Eugenie Le Sommer. The win wrapped up the No. 2 seed and a bye to the semifinals for the Reign in the NWSL’s new six-team playoff format. Kansas City’s season is over, having already been locked into last place prior to the match.

Kiki Pickett’s own goal in the 35th minute opened the scoring for the Reign. Sofia Huerta served a cross in from the right side and left Kansas City goalkeeper Adrianna Franch between two minds. The ball dropped just in front of the six-yard box and deflected off Pickett.

Le Sommer doubled the lead on a Megan Rapinoe corner kick in the 49th minute, then added her second goal emphatically 15 minutes later.

One Key Moment: Le Sommer’s second goal was a thing of beauty. Rapinoe played a wall pass with Dzsenifer Marozsan, then Rapinoe pointed to the spot she wanted Le Sommer to run to and lined a cross to the oncoming French attacker for the powerful header.

Inside the Game: The Reign won this comfortably, which isn’t so much a given for a Kansas City team which is much improved in the second half of the season. Marozsan and Jess Fishlock creatively interchanged between their No. 9 and No. 10 roles, respectively — as they’ve done throughout the second half of the season — and the Reign owned the flanks through Rapinoe and Huerta.

The Skinny: The Courage moved into the sixth and final playoff spot with the draw, although a win would have put more pressure on Houston on Sunday and prevented Gotham — who also play on Sunday — from clinching a playoff berth. Houston owns the head-to-head tiebreaker with the Courage, meaning a point on Sunday against the Washington Spirit will be enough to clinch a playoff berth and end North Carolina’s season.

Kaleigh Kurtz had a would-be goal called back for an offside infraction in the 3rd minute, negating North Carolina’s opportunity to jump on top of the Thorns and set the pace early. Sophia Smith followed with a pair of golden opportunities for Portland in the first half, but could not convert.

The two teams traded shots off the woodwork in the second half. Morgan Weaver hit the post for Portland with her left-footed shot in the 49th minute, and Jess McDonald hit the crossbar in the 88th minute for North Carolina.

Sunday’s scenarios are relatively straightforward as they relate to North Carolina. A Houston draw or win would eliminate the Courage from the playoffs. If the Spirit defeat Houston, Washington gets the No. 3 seed and hosts North Carolina. In that scenario, Gotham travels to Chicago for the other first-round game. A Houston win could push Gotham down to the No. 6 seed, but the New Jersey side will be playing in the postseason, no matter what. A Dash victory combined with a Gotham victory would give Gotham the No. 4 seed and a home playoff game against the Spirit.

One Key Moment: Was Kurtz offside in the 3rd minute? We’ll never know from the one camera angle shown (and the broadcast weirdly never showed that highlight again). Had the goal counted, it would have changed the dynamics of the match.

Inside the Game: Courage players and head coach Sean Nahas were pleased with the performance postgame, despite the disappointment of not securing three points. Portland’s counterpress in the second half gave the Courage significant trouble, but North Carolina largely dodged major problems outside of Weaver’s shot off the post.

The Courage looked a step off from their usual, sharp selves in the final third, and the burden of needing three points in Portland understandably felt apparent at times. McDonald nearly willed the team to a goal on her own, and was unlucky not to find the back of the net (it was also her header off the post which led to the negated Kurtz effort). Lynn Williams had a quiet game and Debinha, perhaps effected by the significant travel back from Australia to play with Brazil, was dispossessed more often than usual.