After having her second child, Cheyna Matthews says her best is yet to come 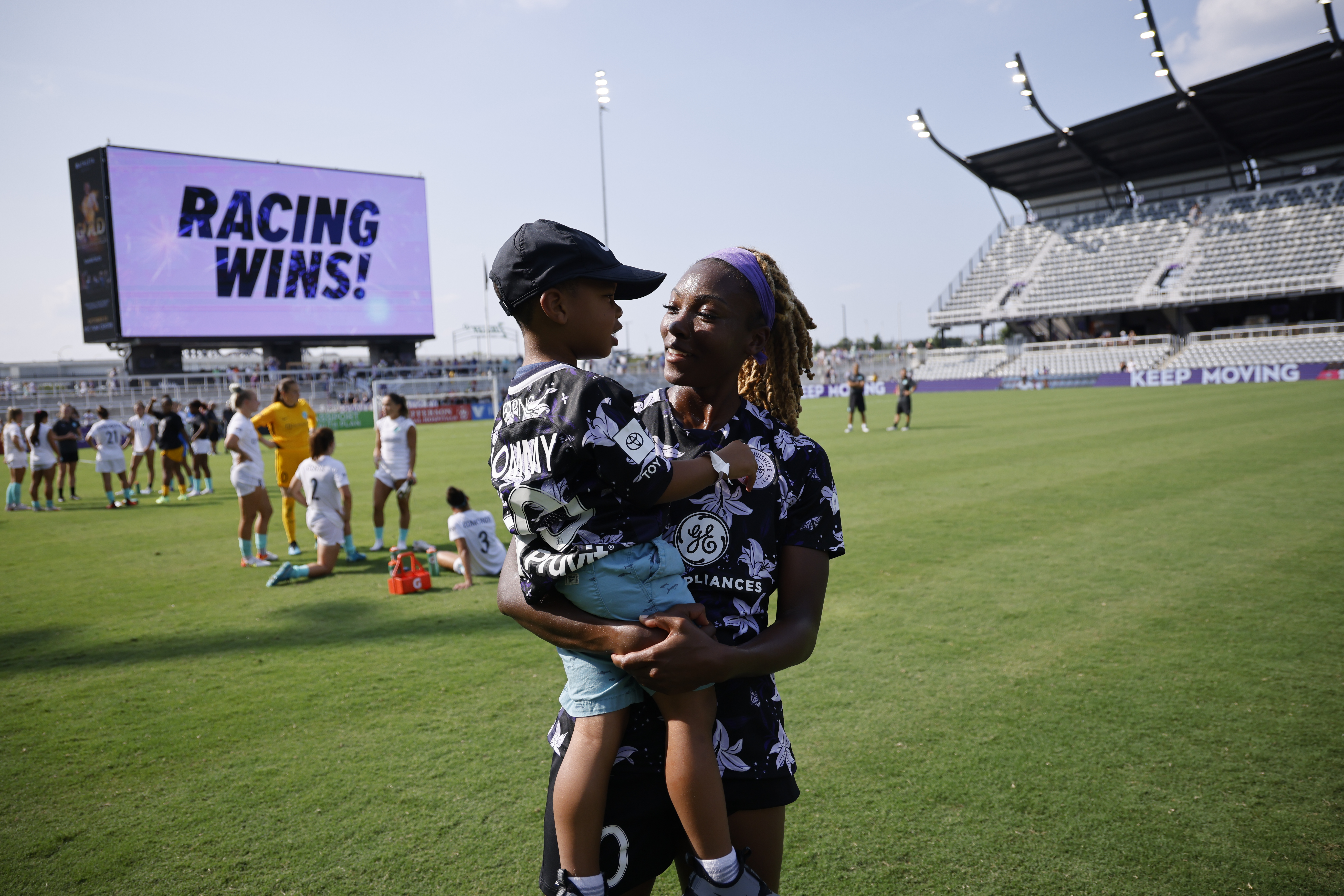 Cheyna Matthews could not stop laughing when recalling the funniest story with any of her teammates spending time interacting with her children, Josiah and Lionel. Her most recent memory involves a shopping trip to the grocery store Kroger, two women named Katie and a pacifier.

“The amount of work it takes to get two kids in the car and go to Kroger… for someone who doesn’t have kids, it’s the easiest thing in the world, but as someone who has to get two babies out of the car, it’s not that simple!” Matthews said.

So, she turned to her teammates for help. Matthews explained that Racing Louisville FC’s housing setup has all the players in one area for apartments — if not one building, then teammates are in an apartment complex right next door. Matthews put a message in the team’s group chat asking for any volunteers to help look after her two kids while she went on a quick run to the grocery store.

“I thought, you know, this is my first time asking my teammates to help with the kids,” Matthews said. “It’s one thing to say, ‘Let me know if you need any help,’ but it’s another thing to actually ask. Within 10 seconds, Katie McClure responded and said she’ll do it. But, if you know anything about Katie McClure, it’s that she’s always with Katie Lund. They’re two peas in a pod.”

Access the best women’s soccer coverage all year long
Start your FREE, 7-day trial of The Equalizer Extra for industry-leading reporting and insight on the USWNT, NWSL and beyond.
Subscribe
Existing Users Sign In Here
Related TopicsCheyna MatthewsExtraFeatured