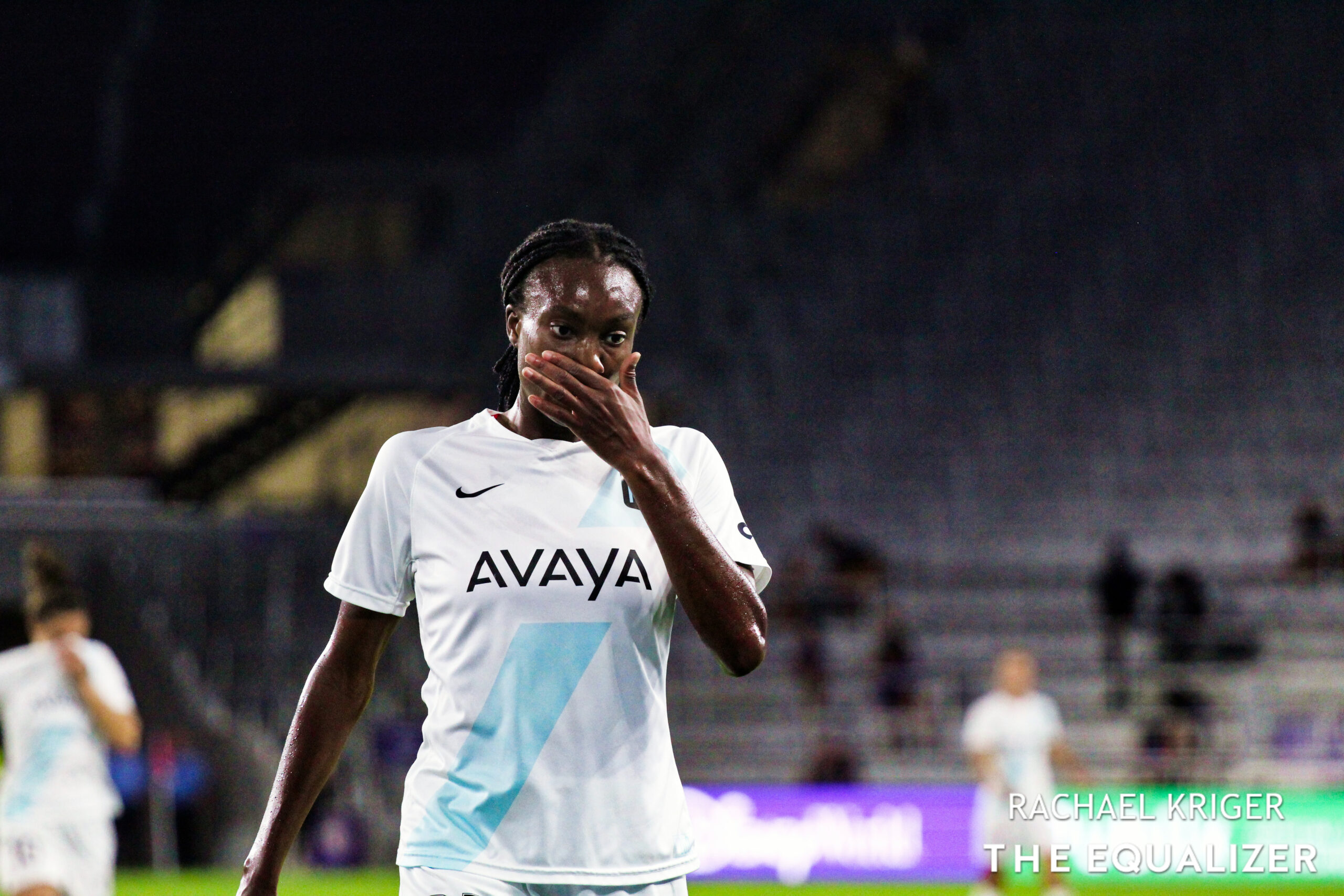 The Skinny: NJ/NY Gotham FC failed to clinch a playoff berth in the team’s second attempt in a week on Thursday, drawing Racing Louisville, 1-1. A victory would have clinched a berth for Gotham, who had a game in hand on the rest of the playoff field due to this make-up game, which was the only of the evening in the National Women’s Soccer League.

The draw means that both North Carolina and Houston (each on 32 points) could surpass Gotham (34 points) and leave Gotham on the outside looking in. Gotham and Louisville play again on Sunday in New Jersey to finish the regular season.

Ifeoma Onumonu opened the scoring for Gotham in the 7th minute, eventually finishing her own rebound after Carli Lloyd weaved her way through Louisville’s defense inside the 18.

Louisville struck for the equalizer in the 52nd minute, hitting Gotham on the counterattack as the visitors pushed forward for a second goal on one of 11 corner kicks on the night. Lauren Milliet found Katie McClure, who led the 3-v-2 break and found the late run of Cece Kizer. Mandy Freeman tried to track back, but Kizer calmly slotted the ball past Kailen Sheridan.

Gotham pressed for the winner late, but settled for a point again after drawing with last-place Kansas City last Friday. Gotham could still clinch a playoff berth before finishing their game against Louisville on Sunday, if either the Houston Dash or North Carolina Courage fail to win.

One Key Moment: Kailen Sheridan’s spectacular save in stoppage time prevented a full-blown disaster for Gotham.

Inside the Game: Wasteful is one way to describe Gotham, who came out strong in the opening 30 minutes and pinned Louisville into their defensive third for much of the opening half-hour. Louisville held strong defensively and settled into the match, eventually pushing its line of confrontation higher up the field and putting pressure on Gotham’s back four, which looked shaky at times in reply.

That left Louisville in the match at halftime, and the confidence grew early in the second half, leading to the equalizer only seven minutes after the break. Even as Gotham pressed through the usually productive front three of Onumonu, Lloyd, and Margaret Purce, Louisville’s back line rose the challenge, exemplified by Kaleigh Riehl recovering from Purce getting in behind late to deflect Purce’s shot. Lloyd had lofted a beautiful ball in behind to seemingly put Purce 1-v-1 with Louisville goalkeeper Katie Lund, but Riehl’s recovery denied a clear look. That summed up the night for Gotham.

Tempo, midfield rotation, and stylistic changes up top: What we learned about USWNT vs. South Korea
NWSLPA announces committee for investigation, says all demands have been met