Tempo, midfield rotation, and stylistic changes up top: What we learned about USWNT vs. South Korea 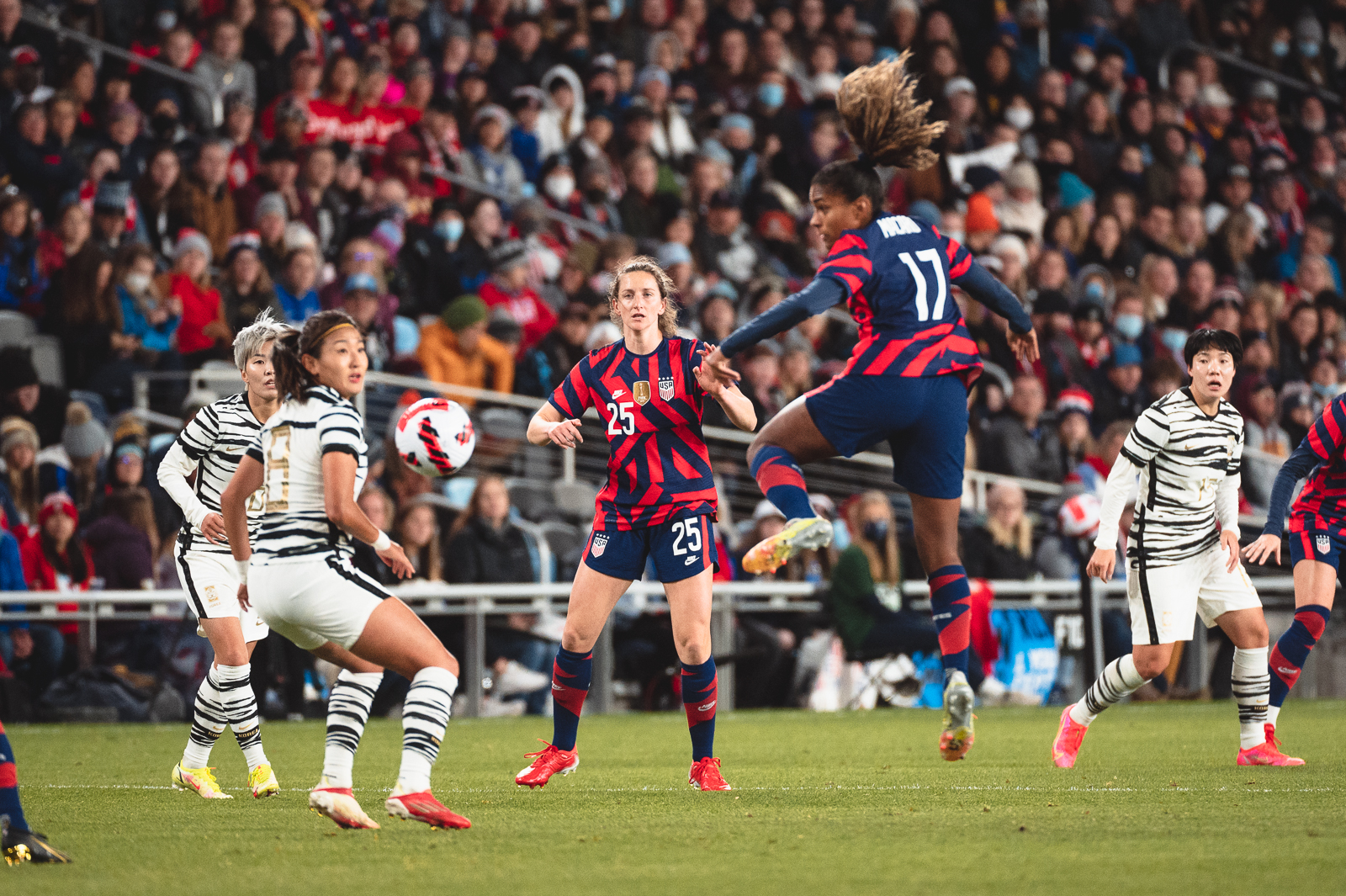 The focus of the United States women’s national team’s two games against South Korea was, quite rightly, Carli Lloyd. Saying goodbye to a legendary player is never easy, something that has manifested in friendly matches before. Andi Sullivan, speaking in the postgame press conference, described the games and surrounding camp as, “an emotional couple of weeks.”

Undoubtedly, that emotion will have had some effect on the performances. In the first game, the U.S. struggled and were held to a scoreless draw by a well-organized South Korean defense. In the second, a 3-0 lead was built gradually over 70 minutes, then the floodgates opened and the lead doubled in the final 10 minutes for a 6-0 U.S. victory.

While the spotlight was on Lloyd, there was a lot going on in both games, both with the teams and tactics, and with specific individuals. Some familiar themes recurred, and some new ideas came to the fore.

The importance of tempo

Speaking after the 6-0 win in the second game, one of the first things U.S head coach Vlatko Andonovski had to say related to the tempo of the team’s play. “I thought that we controlled the tempo very well,” he said. “We recognized the times when we should… be aggressive going forward, and the times when we needed to slow down.”

This had been an issue in the first game, as quick U.S. attacks were launched with long balls over the top. Some of these moves broke down early, and allowed South Korea to counter. It is an issue that cropped up consistently in the 3-0 defeat to Sweden at the Olympics, where the Swedes took advantage of the Americans’ breakdowns to counterattack and create chances of their own against a disorganized U.S defense.

In the second meeting with South Korea, however, there was a bit more control to the team’s play. The defenders chose wisely regarding when to play directly and try to find the runs from Sophia Smith and Mal Pugh, and when to keep possession ticking with short passing.