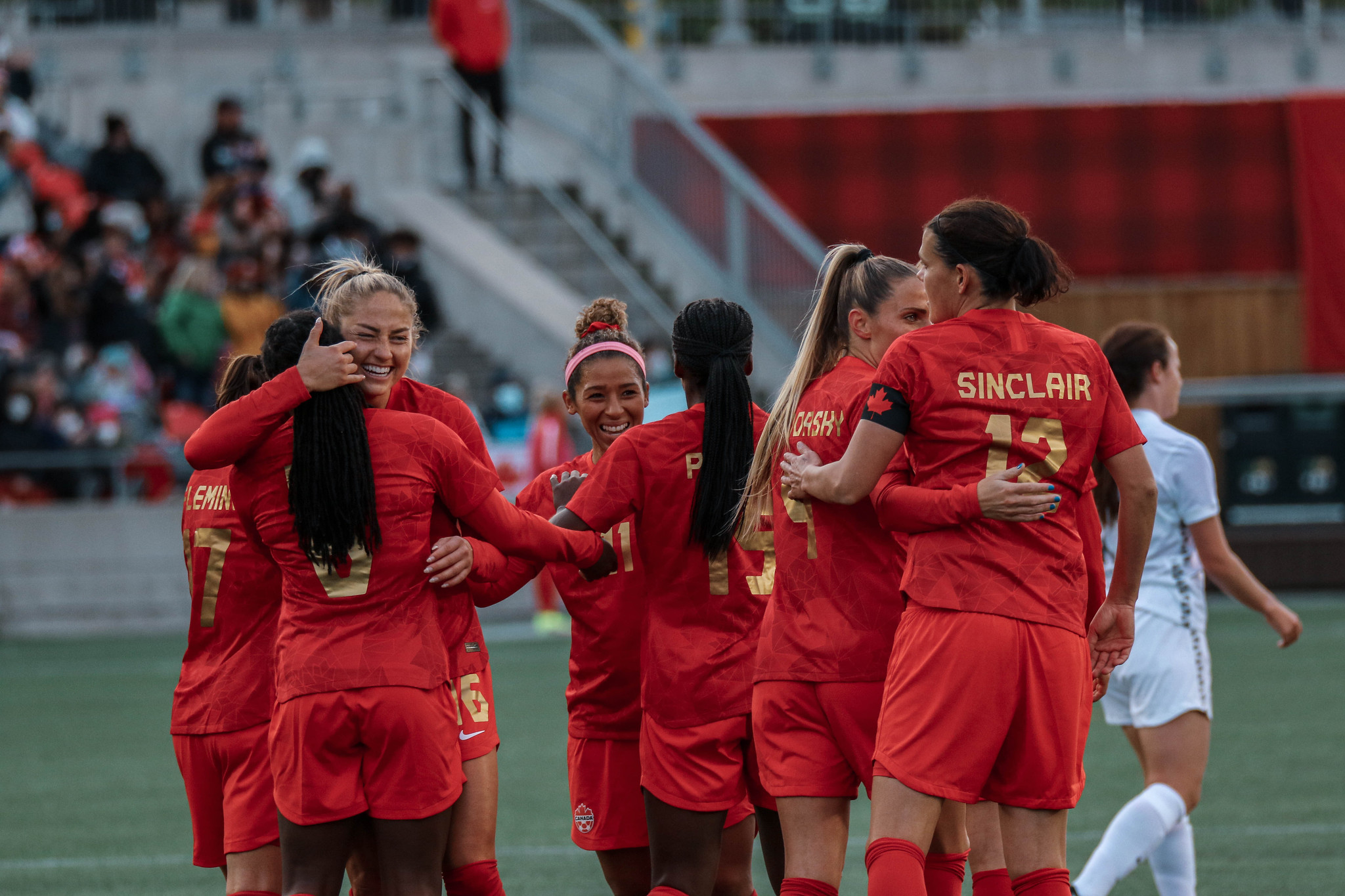 MONTREAL, Canada — After winning the Olympic gold medal at the 2020 Tokyo Games, Canada finally rose to the level which it had long told the world it was capable of reaching. Canadian players often felt they lacked respect on the world stage, and whether the program’s first major championship has changed that remains to be seen.

Opponents, fans, and media have long questioned whether or not Canada had the ability to win an Olympic tournament or World Cup. Canadian players said they were going to change the color of the medal after back-to-back bronze medals in 2012 and 2016, and that’s exactly what they did.

Despite that, there still appears to be a lingering notion that it was a one-off and it won’t happen again. At least, that’s the vibe some players have, whether perceived or rooted in reality. That perception of disrespect is not new for Canada.

“We’re still not considered a big top contender,” Canada fullback Allysha Chapman told The Equalizer. “I think people still think that we got lucky, and we’re ok with that. We know we earned it and we deserved it. We don’t need other people to respect us for us to be good.”

If other teams continue to underestimate Canada, that’s going to provide more fuel and determination to prove doubters wrong.

Respect is earned many ways in sports, including by defeating opponents and climbing to the top of the podium. There has been a perception that Canada doesn’t have enough skill, talent, or scoring depth to win a title. Naturally, that is not something the team believes. Canada is focused on more success at the 2023 World Cup.

“I think there’s definitely a level of respect that comes with winning a world championship,” Janine Beckie told The Equalizer. “I think we still have a long ways to go to earn the respect that we deserve, but you have to perform and continue to win on the world stage. Our goal is to win a World Cup and I think that we do well with a chip on our shoulder; I don’t think we’ll ever lose that. I’ve definitely seen the needle move in the other direction in terms of respect.”

That chip on the shoulder is something being passed on to the next generation, too. Huitema, who is 20 years old and plays for French champions Paris Saint-Germain, has seen that in her early days on the team.

Winning the prestigious award would be fantastic for any Canadian. It would bring recognition that Canada has the talent and quality to go beyond an Olympic gold medal.

“I think on the international level, we’re getting more players on top teams in Europe,” Chapman said. “I think that’s great. The Ballon d’Or, we’ve got some candidates, more than we usually do, that are up for that. Other than that, I still don’t think the Americans respect us and I’m totally fine with that, we’ll earn it.”

The perception that the U.S. might not respect Canada is still thriving, despite the 2020 Olympic semifinal result in favor of Canada. It lives rent-free within the supporters of the red and white. Winning Olympic gold might not have earned props from Canada’s neighbours to the south, but it did elsewhere.

“We were backing Canada and excited to see them,” said Ali Riley, who captained New Zealand in a pair of losses to Canada as the Olympic champions opened their celebration tour in Ottawa and Montreal over the past week. “Proud of our friends for winning the gold medal. I think for us, it’s never a team that we would underestimate. I think we’ve really had some tough games against them over the years. I can’t remember too many that we’ve won. I think for us, it’s seeing how they’ve developed, seeing how well they’ve done; it’s very inspirational. It’s looking at what we can learn from them. It’s an amazing opportunity to challenge ourselves against the best. This is such a great opportunity for us to be here, to respect them. This is their celebration tour.”

Canada’s eight clean sheets this year shows how strong the team is defensively. Sinclair has always posed a threat up top, and she is now surrounded by a crop of young talent assuming more responsibility. Naturally, confidence is riding high in the Canadian camp.

“I think that teams will be sorry if they’re underestimating us at this point,” Adriana Leon said. “We’ll probably walk all over them.”

Canada Players demand more from their federation, but will they get it?
Kickin’ Back with Shireen Ahmed