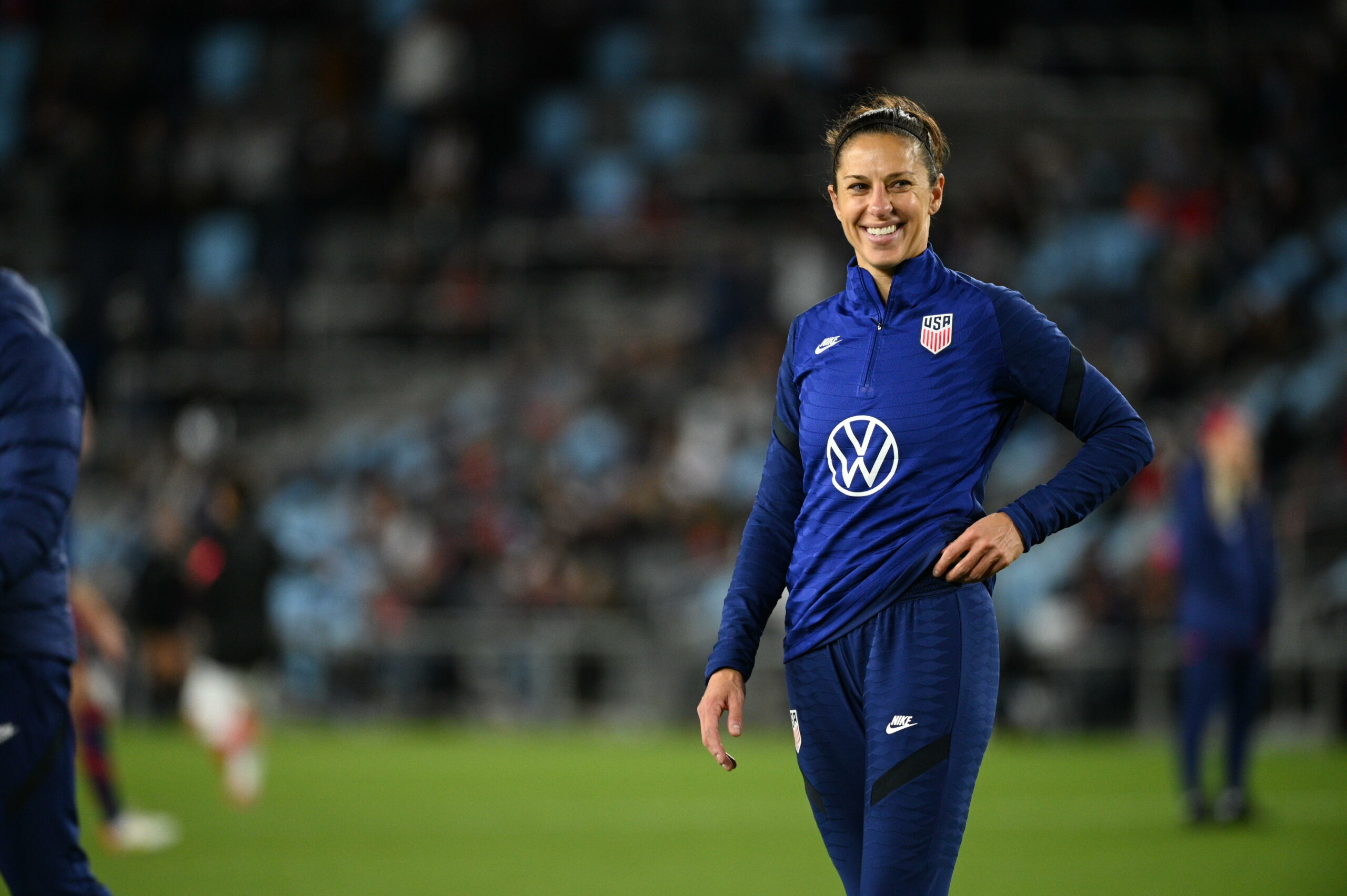 Over 16 years after her first cap, Carli Lloyd played for the United States women’s national team for the final time on Tuesday, in a 6-0 victory over South Korea in Saint Paul, Minnesota. Her removal from the match to give her a standing ovation was inevitable, and it came at the predetermined time of 65 minutes into the match.

Lloyd took her time exiting the field, removing her boots and, eventually, taking off her jersey to reveal a duplicate under it — except instead of “Lloyd” above the No. 10, it said “Hollins,” her married name. These were Lloyd’s final moments on the field as a U.S. player, in her 316th outing for the team (third most in program history):

After the match, Lloyd thanked the support staff behind the scenes, past and present. She told media after the match that she had already said so much about retiring in the buildup to that moment that she wanted to acknowledge the people who make things possible. Lloyd also poked at head coach Vlatko Andonovski for finally being the coach who outlasted her, before dropping the mic.

Carli Lloyd’s legacy? No matter the stage, she thrived
USWNT puts up six against South Korea as Carli Lloyd finishes her international career