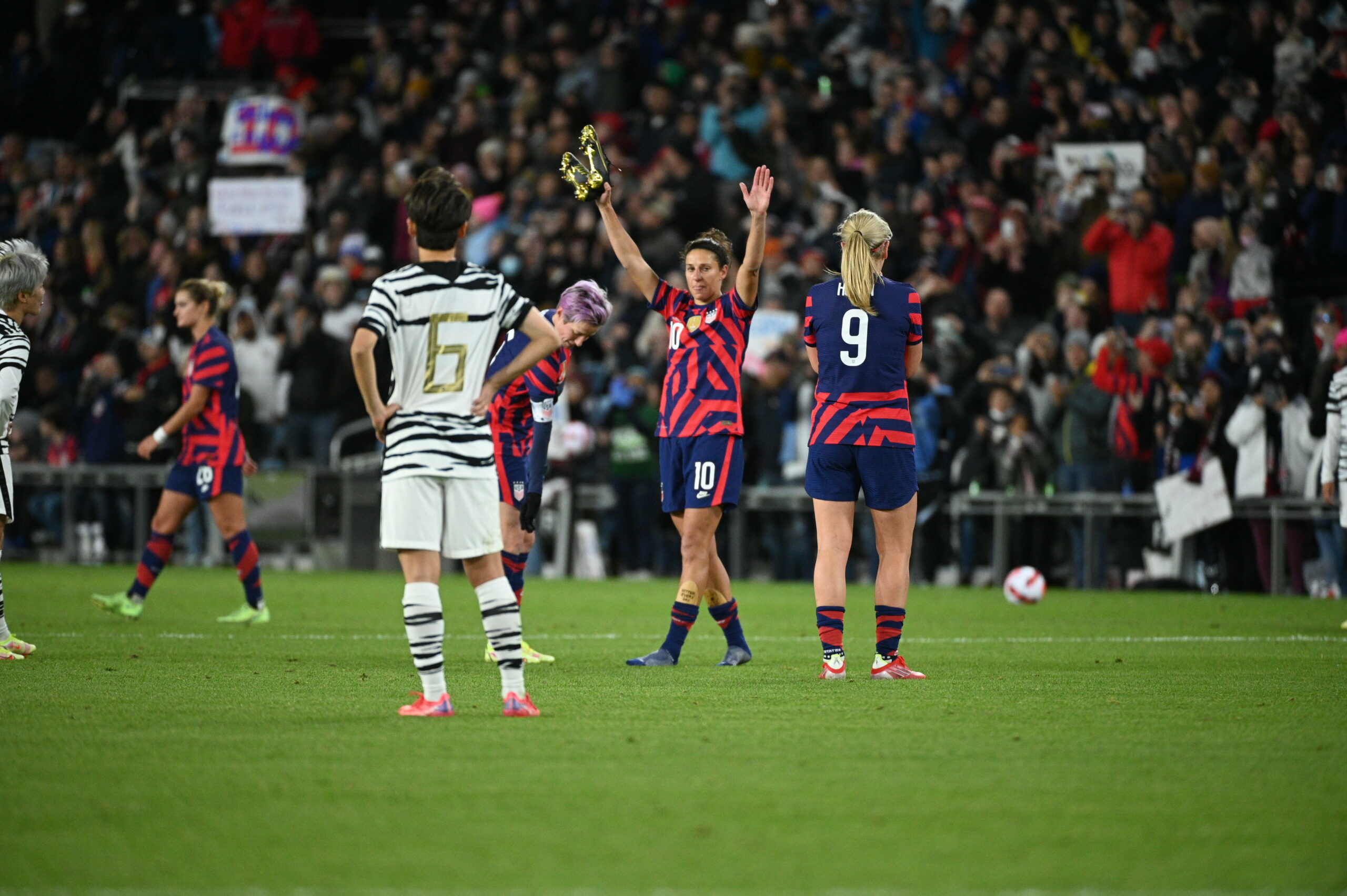 After 316 matches and 134 international goals, Carli Lloyd put a bow on her United States women’s national team career Tuesday night at Allianz Field in Saint Paul, Minnesota. Lloyd announced her retirement after the Olympics this past summer and finished her U.S. career with a 6-0 victory against South Korea.

Lloyd started the match and wore the captain’s armband before subbing off in the 66th minute and being replaced by Alex Morgan. Before exiting the pitch, Lloyd hugged her teammates, removed her cleats and took off her kit, showcasing another underneath with her married name, Hollins, an ode to her husband Brian.

Lloyd did not score against South Korea to add to her third-all time U.S. goals tally. However, the United States had five different goal scorers — and one own goal, which was hit by Andi Sullivan and then directed into goal by South Korea’s Cho So-hyun, a figure for Tottenham.

The United States took the early lead with Lindsey Horan’s strike in the 9th minute. Horan will be wearing the iconic No. 10 jersey held by Lloyd for over a decade from now on. Sullivan’s hit and Cho So-hyun’s own goal was the second tally, right before the halftime whistle.

In the second half, Morgan scored only three minutes after coming on for Lloyd — which almost felt like seconds, considering Lloyd’s unlacing of her boots and final walk off the pitch taking some time. However, the floodgates opened in the last 10 minutes with Megan Rapinoe, Rose Lavelle and Lynn Williams finding the back of Kim Jung-Mi’s net, the 37-year-old goalkeeper who started over Yoon Young-geul (who made eight saves against the U.S. in Thursday’s 0-0 draw in Kansas City).

The United States celebrated a legendary figure in the sport at Allianz Field for her final time in a U.S. Soccer kit. Vlatko Andonovski and company’s first match post-Carli Lloyd is anticipated to be in Australia against The Matildas in November, with final details still being worked out.