Kansas City NWSL plans to build its own, privately-financed stadium 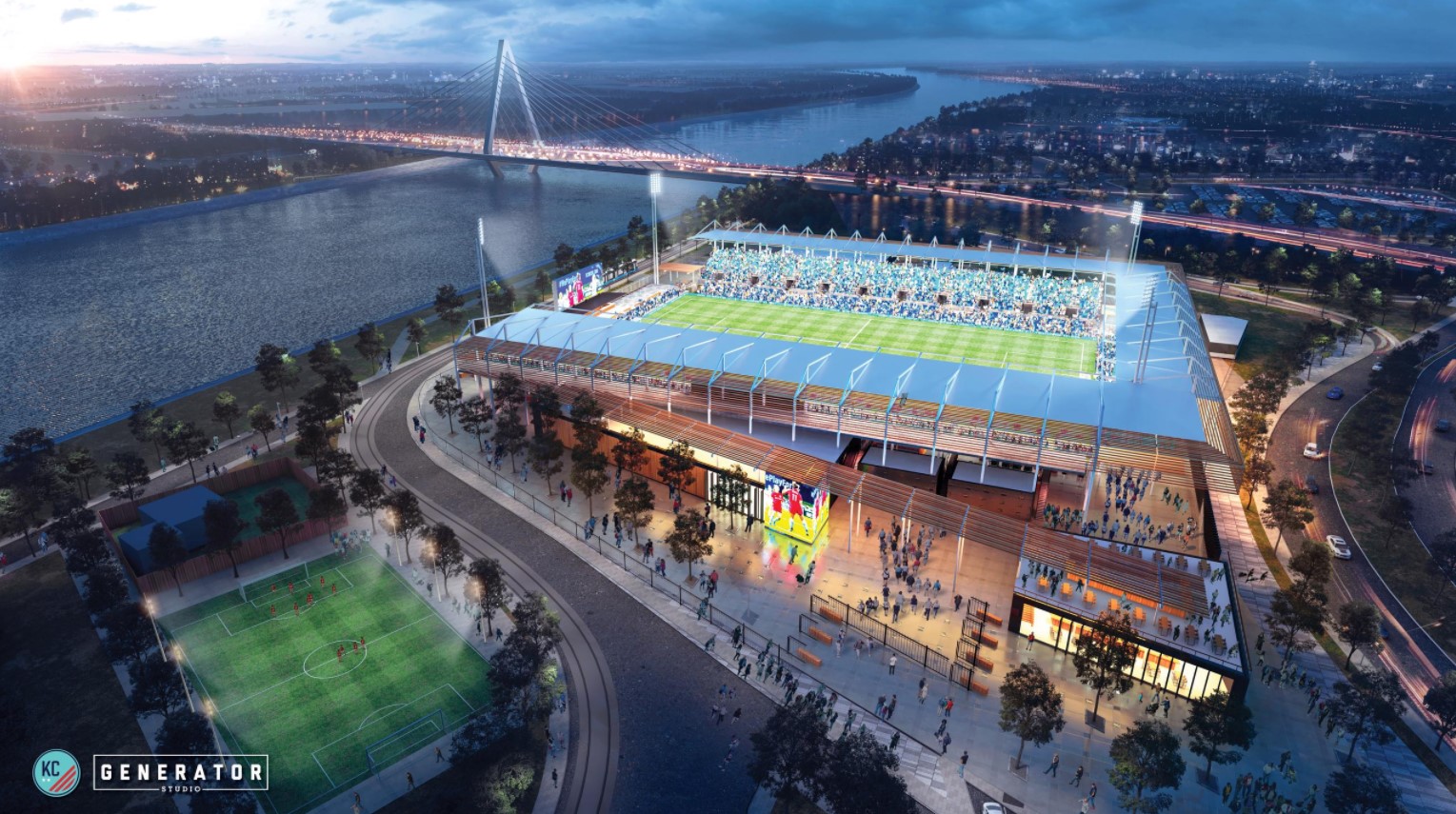 Kansas City’s National Women’s Soccer League team on Tuesday announced plans to build its own privately financed stadium on the city’s riverfront. The stadium, which the club estimates will cost $70 million, would be the first built specifically for an NWSL team.

The news comes before the team has even announced its permanent branding, having played its first season under the temporary name and branding of “Kansas City NWSL” after launching last December as a replacement for the now defunct Utah Royals. Last month, the Kansas City team announced it would build a privately financed training facility in Riverside, Missouri, estimated to cost $15 million.

“World-class facilities have proven to be a catalyst in transforming all professional sports,” Kansas City NWSL co-owner Angie Long said. “Tremendous momentum exists in women’s sports specifically, and we are so proud to play a major role in ensuring the sport and also our region benefit from the economics and growth offered by a stadium of this magnitude.”

Kansas City will play its 2022 home games at Children’s Mercy Park, home to MLS’ Sporting Kansas City. The NWSL team played on a baseball field at Legends Stadium in its first season. No details have been shared yet on a targeted completion date for the team’s new stadium. The Wall Street Journal reports that capacity is expected to be at least 11,000.

Most other NWSL teams play in soccer-specific stadiums, though each of them share those facilities with men’s professional teams. In several cases, the women’s teams are only tenants in stadiums built and branded for men’s teams.

The Kansas City NWSL stadium will be the first privately financed specifically for a women’s pro team in the United States, though two other stadiums have seen women’s professional teams as founding, anchor tenants. The WPS version of the Atlanta Beat touted the 2010 opening of what is now called Fifth Third Bank Stadium as the first ever stadium build for a women’s pro soccer team. That stadium was built on the campus of Kennesaw State University, outside of Atlanta, and included significant funding from the university, whose athletic teams also used it (and are the primary tenants today, long after the Beat folded). The Beat’s presence as the founding tenant of that stadium allowed for the addition of more robust corporate suites to the 8,000-plus-seat facility. The 2010 WPS All-Star Game was played there.

What is today known as WakeMed Soccer Park — the home of the NWSL’s North Carolina Courage — opened in 2002 and was home to the Carolina Courage of the now defunct WUSA. That stadium was publicly funded as part of a wider project which included training and competition fields surrounding the stadium.

Kansas City’s proposed riverfront location puts it in the heart of the city, accessible by public transit, and significantly closer to downtown — and a younger core audience — than Children’s Mercy Park, the adjacent Legends Field — which sit on the Kansas side of the border — or Arrowhead Stadium and Kauffman Stadium next door, the homes of the Chiefs and Royals, respectively, which are southeast of downtown.

“From the beginning, our vision has been to create a player-first experience, and facilities for our team that match not only the elite level of these incredible athletes, but also the passionate support of the Kansas City metro and our fans,” Kansas City NWSL co-owner Chris Long said. “We believe this significant investment and commitment will shape a stronger future for our entire region and our athletes.”

Subscribers only! Read more about the shifting landscape of the NWSL:

The Equalizer Podcast: Playoff predictions and season superlatives
The Lowdown: On the NWSL’s path forward