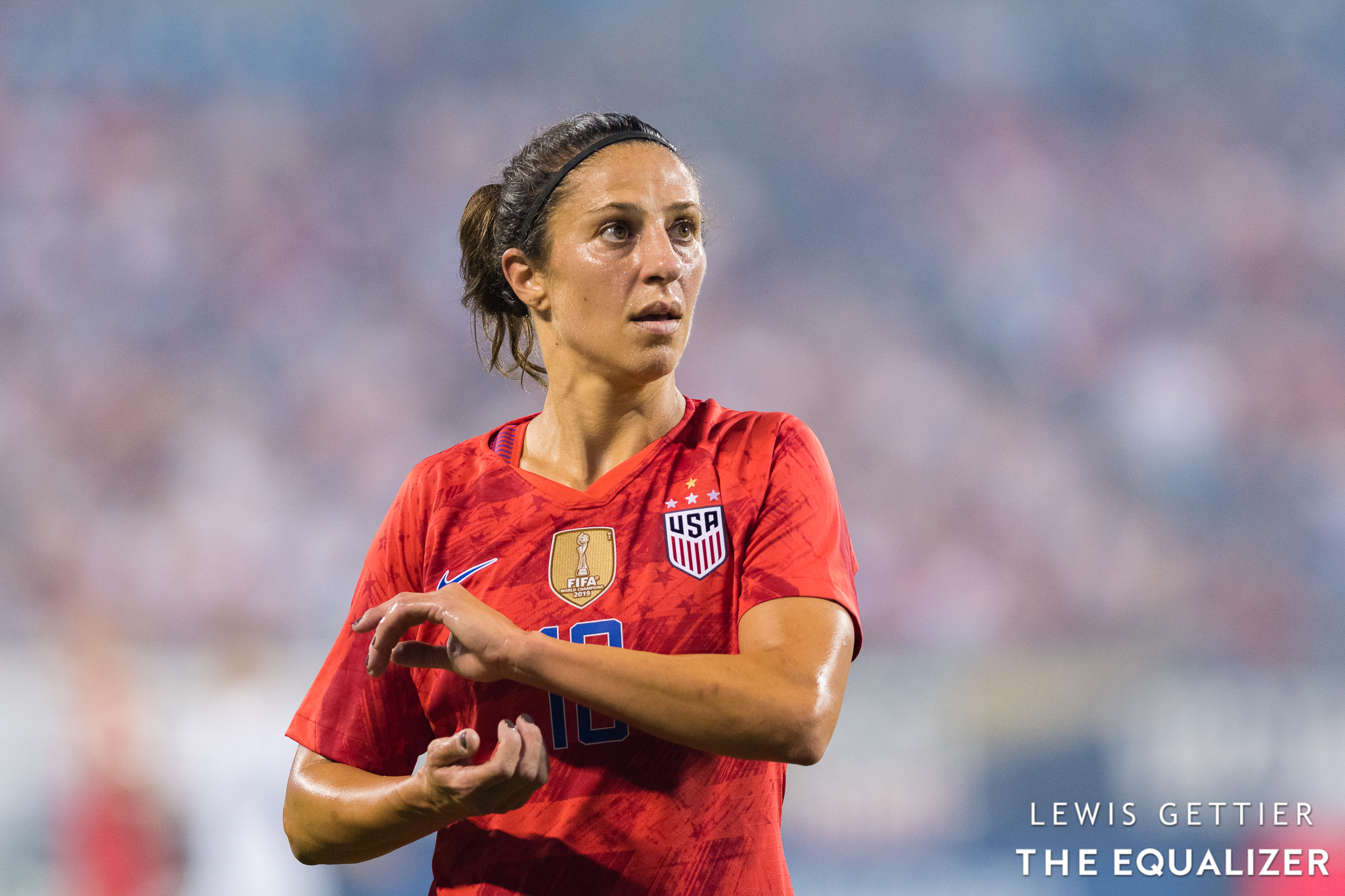 Carli Lloyd’s legacy? No matter the stage, she thrived

Carli Lloyd’s legacy? No matter the stage, she thrived

Carli Lloyd’s 2016 memoir is titled, “When Nobody Was Watching: My Hard-Fought Journey to the Top of the Soccer World.” Within 256 pages, Lloyd details the work ethic and training habits which led her to become one of the best players in the history of the best women’s soccer program.

“When Nobody Was Watching” is a fitting, even if borrowed, phrase for the hard work done beyond the field, away from the fans and the cameras. It is a phrase which defines Lloyd’s career in more ways than one.

Tuesday will mark Lloyd’s 316th and final time in a United States jersey, ending an international career which included two World Cup titles, two Olympic gold medals, an Olympic bronze medal, and two trophies declaring her the best player in the world. She will be remembered for her relentless tunnel vision and undying quest to prove wrong doubters, whoever they might be and wherever she might find them.

“I don’t think that there [are] many that understand what it takes. It’s a lot,” Lloyd said Monday, reflecting on her career. “It’s very tiring to continue to prove people wrong, and it’s nice knowing that for 17 years, I’ve just been on that mission to be the best that I can possibly be.”

All of that is foundational to Lloyd, but it is not the only way in which she thrived when (relatively) nobody was watching. That phrase represents much more for Lloyd.

I managed to see a small slice of that seven years ago, on a random field in New Jersey. Carli Lloyd loves training. She loves running even when the data says she should rest. She loves shooting at an empty goal for a few minutes longer than anyone else, until she’s happy with the results (or, at least, not mad about them). These are the times when, truly, and literally, nobody was watching.