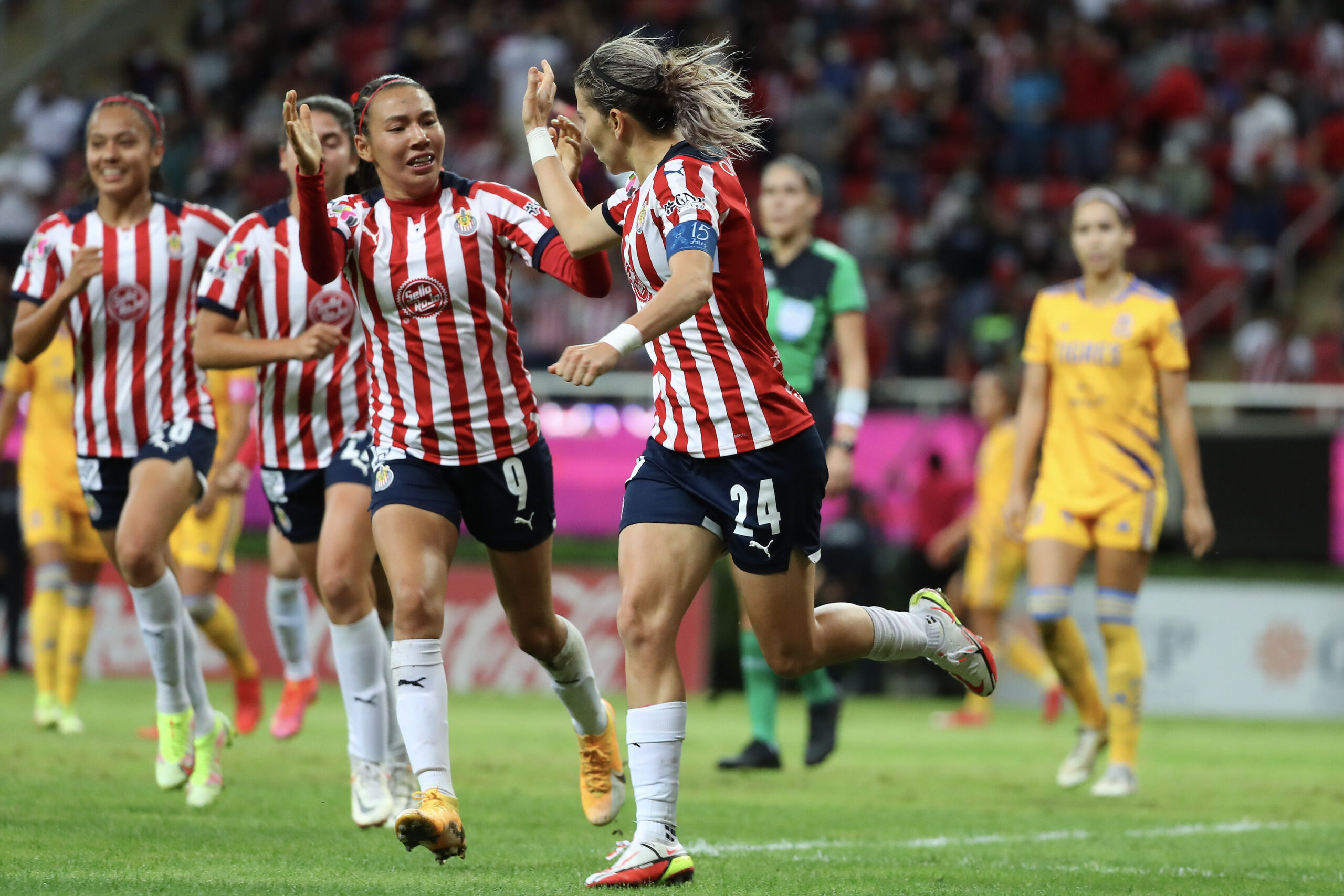 For the first time this Liga MX Femenil season, Tigres have been forced to split points. The mighty Tigres weren’t necessarily taken down by Chivas, but a draw against a dominant team like this was certainly reason to celebrate for Chivas. For obvious reasons, that was the highlight of this past weekend’s action. However, Liga MX Femenil delivered more head-turning results.

We take a look at what happened in Mexico, along with the latest Mexican women’s national team roster.

In Guadalajara, Chivas delivered a major upset, preventing three points from going to Tigres. Each side picked up a point in a 1-1 draw that almost looked like it was heading toward a Tigres victory. However, a late goal from Alicia Cervantes stunned the Tigres team and technical staff.

Tigres did get on the board first, courtesy of Nancy Antonio. In the 31st minute, Antonio stepped up to take a penalty kick. After a strategic stutter-step, Antonio hit it left and snuck it under the body of Chivas goalkeeper Celeste Espino, who dove the correct way. Tigres went into the locker room with a slim 1-0 lead.

As the minutes wound down in the second half, Chivas started doing everything they could to get a goal. It paid off in the 86th minute as Cervantes picked up a confusing back-heel pass inside the goal area by Tigres defender Miriam Garcia. It was certainly a valuable lesson for Garia. When in doubt, let the goalkeeper smother the ball.

The draw doesn’t force Tigres into any worry about their place on the table. Tigres still holds a comfortable first-place lead over Monterrey — who sit in second — with a cushion of five points. Monterrey and Tigres faced off last week, with Tigres taking all three points. However, the draw does help Chivas in their quest to get back into second place.

The theme for Tijuana last year was consistency. It seems like that ugly beast is rearing its head back for Xolos. In their last five matches, Tijuana have lost four games. They did get back into the win column against Puebla in Week 12, a game that should have gone — and did — to Tijuana. This week, Tijuana matched up fairly even with Club America, who only sit two spots ahead in fifth place. Club América was also without their head coach Craig Harrington, who received a red card in Week 12.

However, Club América propelled themselves to a win at home. After a scoreless first half, Betzy Cuevas scored early in the second half, in the 51st minute. Cuevas scored the insurance goal off a header on a corner kick after Janelly Farias, who was closer to the edge of the penalty area, headed the ball toward goal. In case her shot was short, Cuevas gave the ball another bounce with her head and put it past Itzel Gonzalez. Mayra Pelayo-Bernal scored the second and final goal in the 79th minute with a header inside the box.

Tijuana is feeling the heat to keep a playoff spot. With Cruz Azul’s win this weekend, both teams have 18 points and are sitting in seventh and eighth place, with Tijuana ahead on goal differential. However, UNAM Pumas aren’t far behind, and neither is Toluca, as both teams have 15 points. Pachuca and Necaxa could also sneak in with 14 points.

Tijuana’s tough slew of matches seems to have simmered. They faced — and lost to — Monterrey and Tigres already. To finish out the season, Tijuana has Necaxa, Mazatlán, a prime match with Cruz Azul and then finally FC Juarez, who currently occupy last place.

Speaking of Pumas, this result against Santos Laguna isn’t going to help their hopes for a playoff spot. Santos dropped their first match since Week 1 last matchday in a major upset from Toluca. However, Santos picked themselves up, dusted off the loss and earned three points against Pumas.

Santos got on the board early, in the 14th minute, with Cinthya Peraza scoring off a chip right over goalkeeper Melany Villeda, who made the questionable decision to come off her line and make no attempt to block the ball. Peraza was rewarded for her goal, and form for Santos, with her first international call up for Mexico.

Meanwhile, Villeda came off her line again in the 72nd minute and this time made an attempt to block the ball, but Mariela Jimenez got a good angle on her.

Pumas has two tough games coming up: a red-hot Toluca team brimming with confidence and then… Tigres. However, the last two games of the season should be in favor of Pumas, with tilts against Puebla and Mazatlán. Pumas isn’t out of playoff contention yet, but they will be hoping for Cruz Azul and Tijuana losses while attempting to win some of their own games.

Santos, on the other hand, have a real chance to move up the table, but for now sit in fourth place with 27 points.

Monica Vergara named a Mexican women’s national team roster for one friendly in this upcoming international window against Argentina on Saturday.