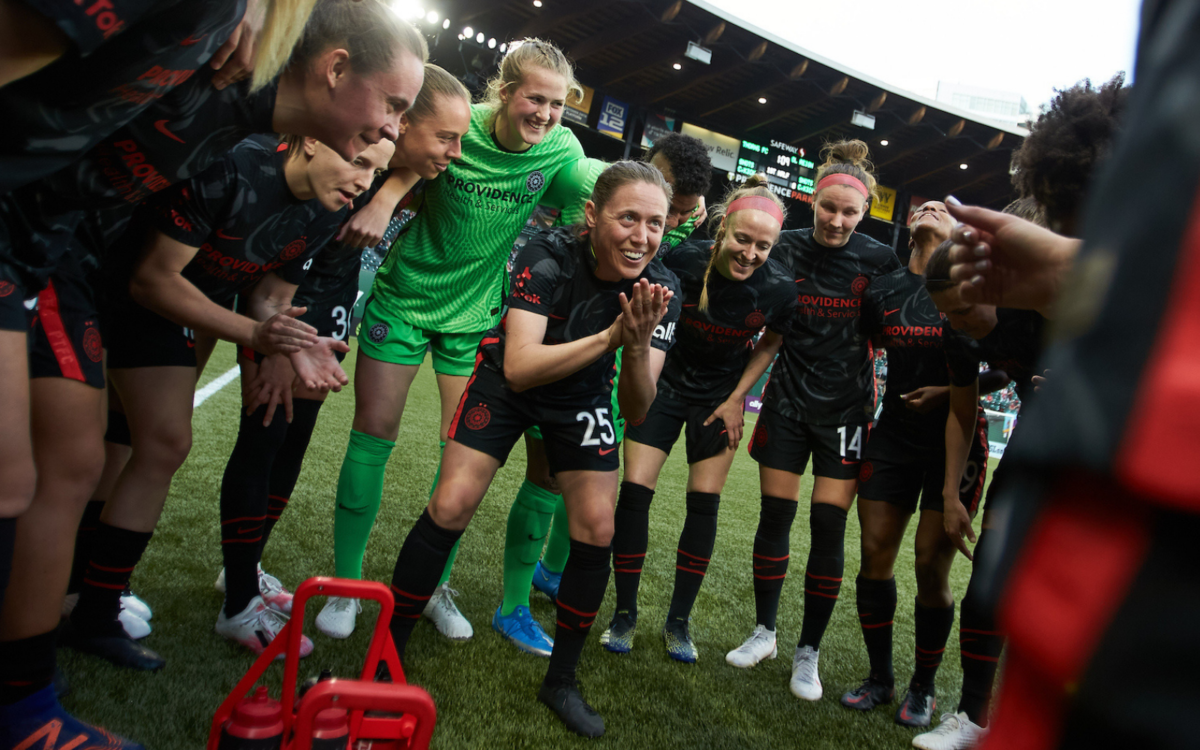 Sunday brought two final games to round out a packed weekend of National Women’s Soccer League action. With their win over the Courage, Gotham moved above the playoff line while the Courage will need to go win in Portland on the final weekend to have a shot at the playoffs. The Thorns clinched the NWSL Shield with a 1-0 win over Houston. The Washington Spirit have also clinched a berth following today’s results, leaving four teams vying for the final three playoff spots heading into the final weekend.

Here’s what happened in Sunday’s matches:

The Skinny: Lindsey Horan’s goal just before halftime stood up as the only of the match, lifting Portland to the 1-0 win and the second NWSL Shield in team history. Houston’s loss leaves the Dash clinging to the sixth and final playoff spot, level with North Carolina on points but ahead of the Courage on goal difference.

One Key Moment: Horan’s goal was the decisive moment.

Inside The Game: The Dash and Thorns looked like two teams who knew each other well, in their fifth time this season in all competitions. The match played out evenly as expected, with the Dash looking for service from wide areas to feed their dangerous front line. Portland’s back four — anchored by goalkeeper Bella Bixby — held up once again. Portland has conceded only 17 goals in 23 regular-season games this season.

The Skinny: The first half of this match was fairly even, going into the break still scoreless. But that result was thanks in large part to big saves from Casey Murphy keeping North Carolina in it.

Gotham came out firing in the second half and found the breakthrough when Margaret Purce pounced on a bouncing ball in the box that the defense failed to clear.

Ten minutes later, Purce got her second, poking home a saved shot from Ifeoma Onumonu. Just three minutes later Carli Lloyd would add another from long distance, doing well to turn and create space outside the box, finishing near post.

Once the Courage were already down three goals they started to really test Gotham, but Kailen Sheridan was a rock in net to preserve her shutout. This result moves Gotham into fifth place, in good position to qualify with three games in hand, compared to other teams one. North Carolina are now just outside of the playoff picture.

One Key Moment: The partnership between Onumonu and Purce has been great for Gotham. The individual work from Onumonu to dribble into her defender, then cut it back for a good shot was great, while Purce sprinted down the field to get open for her teammate, she didn’t get the ball but she was perfectly placed to take advantage.

Inside the Game: The fact that the Courage players are even playing right now, given all they have gone through, is miraculous, but the toll shows in their performance. Once they conceded it looked very unlikely they could comeback, with their play appearing sloppy and tired. Casey Murphy was huge and pulled off some great saves, but their questionable defense continues to be taken advantage of to the point where Murphy can’t do anything. Meanwhile, Gotham has found some consistency and strength in their backline, flowing into their offense, creating a solid full team performance.