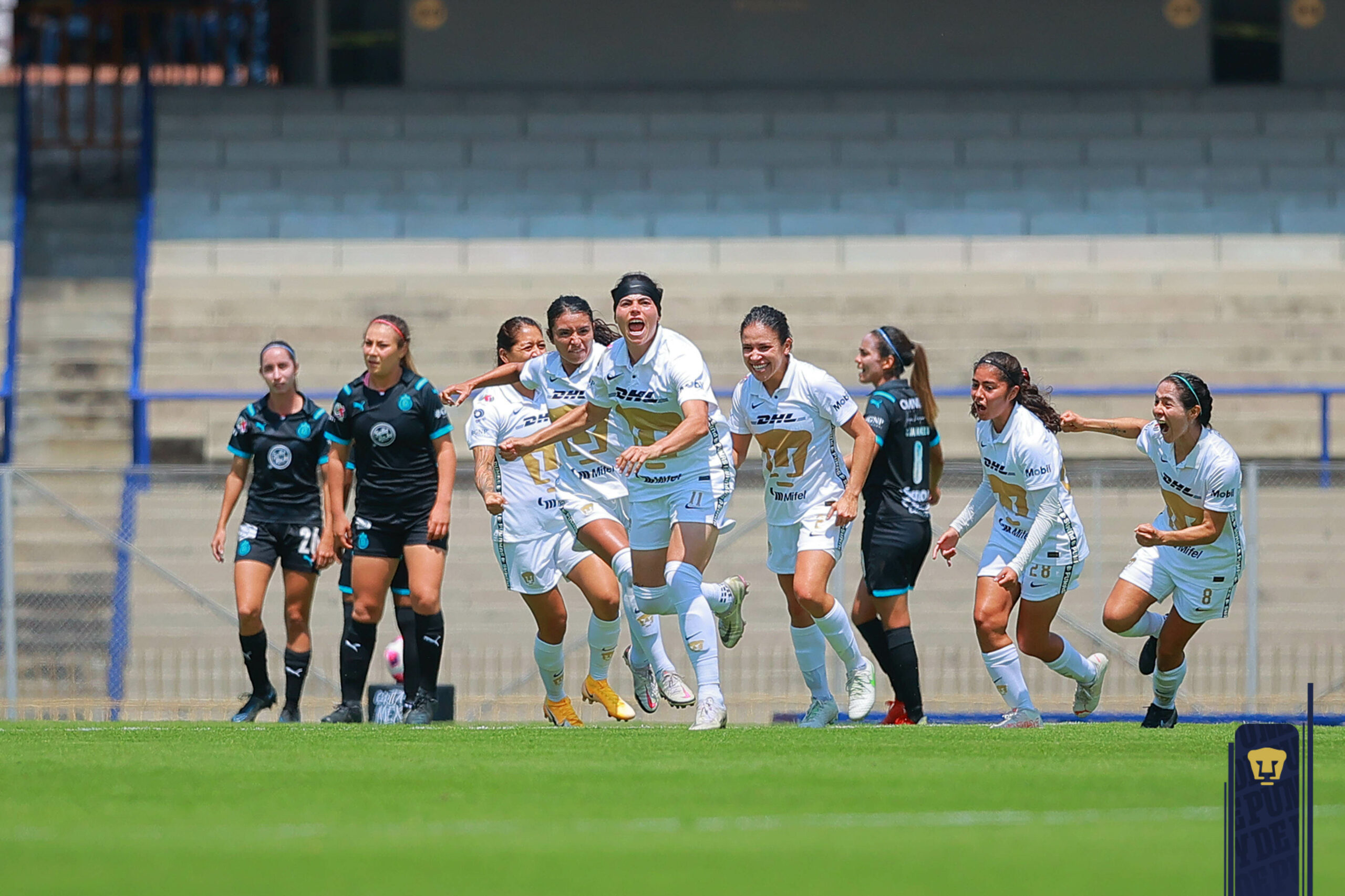 Liga MX Femenil has had one team holding on to the No. 1 spot on the table since the beginning of the season. Call them the Bayern Munich of Mexico, or the Seattle Sounders of Mexico. Whatever you want to call them — and you can reasonably and rightfully call them the best team in Mexico — Tigres still hangs on to the No. 1 spot in Liga MX Femenil.

Now, the distance between Tigres and everyone else has widened after a Chivas loss to Pumas. Here’s what happened last weekend in Mexico.

Chivas were stunned by now-eighth place Pumas with a loss on the road. Chivas was breathing down the neck of Tigres, but now sit in third place with 25 points. The losses against Santos Laguna and Pumas — along with an early draw in the season to Cruz Azul — might have written off Chivas from taking the top spot.

Pumas’ hero was 26-year-old Luz Duarte. The U-20 World Cup player sneaked a corner kick header into the lower corner of the net in the 86th minute, while Chivas goalkeeper Celeste Espino dove the right way, but saw it slip under her arm.

Pumas has now jumped up into a playoff spot. With the season winding down, playoff spots are being eyed up by mid-table teams looking to make an upset. Pumas’ win over Chivas doesn’t just give them three points, but a ton of confidence heading into the homestretch.

This game is more important to highlight Cruz Azul than it is the Club América win. Last season in the Clausura, the final week — “Decision Day,” as MLS calls it, if you will — saw Cruz Azul knocked out of their eighth place, final playoff spot. The reason it happened? Cruz Azul had been sitting above the playoff line all Clausura, and then a string of bad performances at the end put them under.

We might be seeing a pattern. Cruz Azul fell to Club América — albeit, on the road and against a higher ranked team — on Monday. Daniela Espinosa scored both goals for Club América. Her first goal in the 55th minute was a stellar strike inside the box that smacked off the post and in goal.

Cruz Azul did equalize in the 81st minute, courtesy of Ana Huerta. Off a Cruz Azul goal kick, America goalkeeper Renata Masciarelli punched the ball away, but floated in the box toward Huerta, who stood behind everyone and volleyed in the ball for a goal.

However, Cruz Azul could not hang on to the draw and Espinosa took the lead once again. In the 83rd minute, Espinosa, off another corner kick, Espinosa headed the ball into goal. It was an unfortunate ending for Cruz Azul, as the ball bounced into the net in almost a slow-motion fashion.

Cruz Azul now sits in ninth place, right outside of the playoff line. The next three weeks do provide a favorable matchup for Cruz Azul, though, taking on teams toward the bottom of the table (Club Leon, Mazatlán and Querétaro).

Atlas is slowly making a comeback. After a few strings of off performances, Atlas are back to their winning ways. Last week, Atlas trampled over Cruz Azul. This week, they took three points on the road against a recently struggling Tijuana team.

Tijuana struck first at home, with the first-ever Liga MX Femenil international signing Angelina Hix (an American who previously played in Chile) scoring in the 25th minute. Hix picked up a bobbling ball in the penalty area after it was sent in on a corner kick, slotting it past Atlas goalkeeper Ana Paz. Tijuana took the lead at halftime, but Atlas came out firing on all cylinders in the second half.

Atlas was awarded a penalty in the 49th minute and Veronica Perez — surprisingly taking the kick over Alison Gonzalez — stepped up to the spot. Xolos goalkeeper Itzel Gonzalez dove the right way, but Perez slipped her shot underneath her. Alison Gonzalez did score the game-winning goal in the 92nd minute, though. Very similar to the Hix goal, Gonzalez was at the right spot in the box as the ball was bounced around. It just so happened that Gonzalez stood in the right place at the right time.