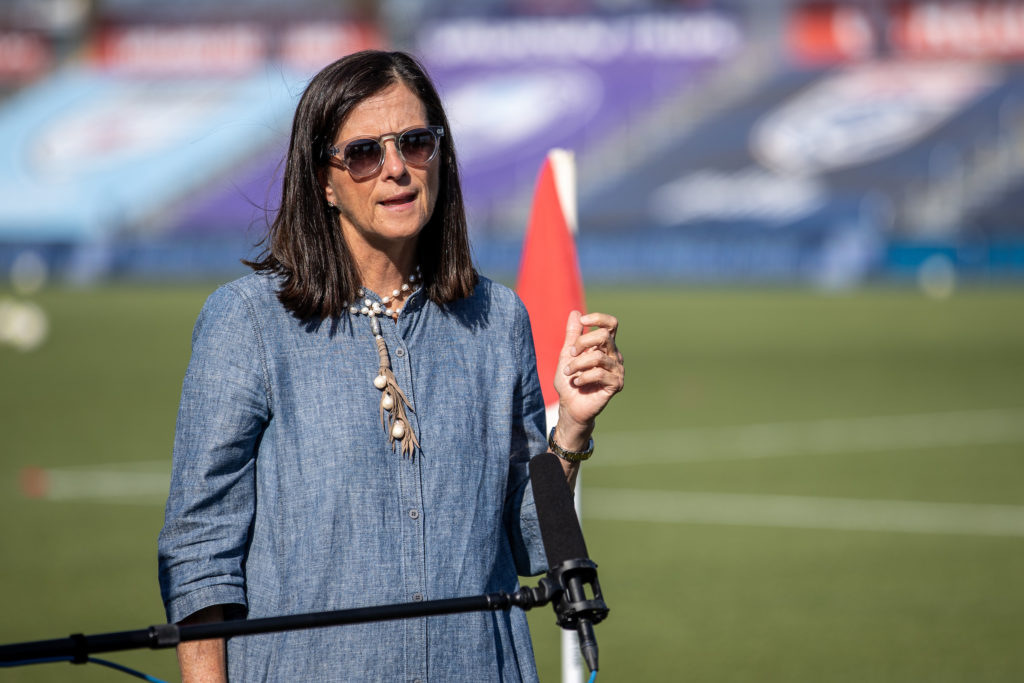 Lisa Baird has been ousted as the commissioner of the National Women’s Soccer League after an investigative report from The Athletic’s Meg Linehan detailed sexual abuse by Paul Riley recounted by former professionals Sinead Farrelly and Meleana “Mana” Shim.

The NWSL released the following statement at 9:45 p.m. ET on Friday night. “The [NWSL] on Friday has received and accepted Lisa Baird’s resignation as its commissioner.” Lisa Levine, who was the league’s general counsel since 2017, was also reportedly ousted from her role on Friday.

In the article, it was reported that Farrelly reached out, via email, to Baird to re-open the investigation against Riley’s abuse when he was head coach of the Portland Thorns from 2014-15. Farrelly also recounted abuse from her time with the Philadelphia Independence and a semi-professional club in New Jersey.

Levine was the league’s general counsel, who was added on those emails Farrelly sent. Alex Morgan, on her personal Twitter account, posted the emails, including both emails for Baird and Levine.

The players of the NWSL have elected to forgo playing their respective matches this weekend, marking the first time the league ever had a strike by players. All matches will be played at a later date, being postponed instead of cancelled.

Baird was hired by the NWSL in February 2020.

As a result of the investigation, Paul Riley was fired from his position as head coach of the North Carolina Courage and had his U.S. Soccer coaching Pro license suspended. FIFA and U.S. Soccer each also opened investigations into the matter.

Sean Nahas will take over the Courage as interim head coach.

This weekend’s NWSL games have been called off
Under Lisa Baird, the NWSL’s leadership crisis worsened