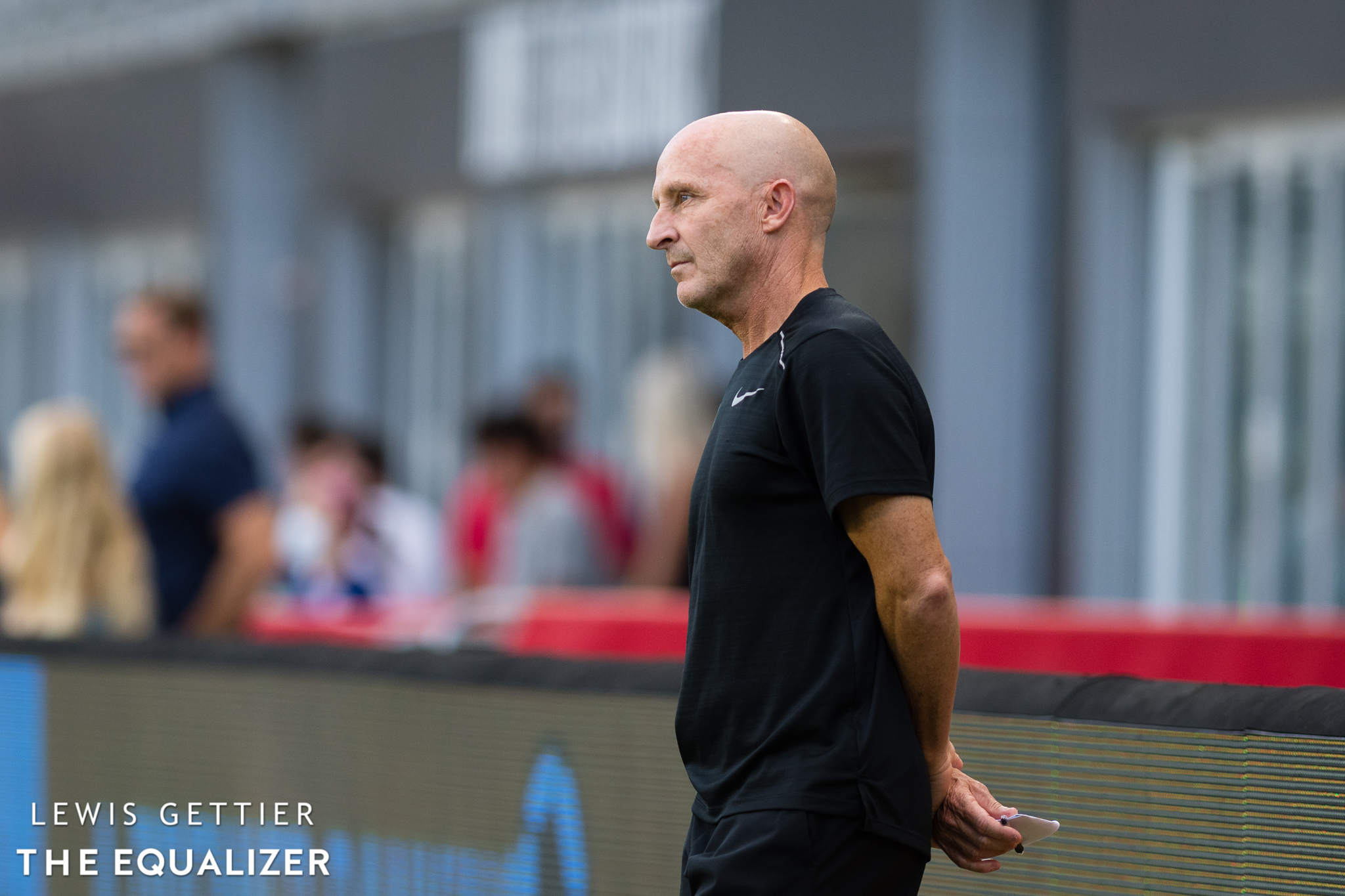 Paul Riley has been fired as head coach of the North Carolina Courage, effective immediately, following accusations from two former professional players that he sexually coerced them while he was coaching another National Women’s Soccer League team. The Courage made the announcement on Thursday, about nine hours after a detailed investigative report by The Athletic released on Thursday.

Sinead Farrelly, who played for Riley on three different teams in three different leagues, told The Athletic that she felt “under his control” and detailed multiple incidents in which she felt coerced into having sex with Riley. The report also detailed accounts from Meleana “Mana” Shim, who reported alleged inappropriate behavior to the Portland Thorns (where she played and Riley coached at the time, in 2015), and to the NWSL. Shim also recently followed-up with now commissioner Lisa Baird this year about the past incidents.

Per The Athletic, Riley called many of the allegations laid out to him “completely untrue” in an email reply this week. He denied having sex with, or making sexual advances toward, those players. The Athletic report cited “more than a dozen players representing every team Riley has coached since 2010, plus an additional 10 sources throughout the women’s game.” Read the entire report here.

Farrelly and Shim shared their stories in detail with The Athletic, including Riley’s requests that they meet him privately at restaurants, in his hotel room, and in his apartment. Each player, in The Athletic report, allege that Riley sent her a photo of him wearing nothing but compression shorts. They each corroborated a story in which Riley brought them back to his apartment in Portland after a night of drinking in 2015 and asked them to kiss each other in order for the team to get out of performing a fitness drill at practice that week.

The Athletic’s report goes on to detail many more transgressions from Riley throughout the years. Riley coached Farrelly at the Philadelphia Independence (Women’s Professional Soccer) in 2011, New York Fury (pro-am) in 2012 and Portland Thorns from 2014-15. Riley drafted Farrelly No. 2 overall in the 2011 WPS Draft, behind No. 1 pick Alex Morgan.

The NWSL Players Association, in response on Thursday, called for an immediate investigation into the report and the suspension of anyone accused of conduct violating the league’s new anti-harassment policy — and any mandated reporter who did not report an alleged violation — to be suspended. The PA set a noon ET Friday deadline for both demands, and asked for the disclosure of how Riley was re-hired within the league to be presented during the collective bargaining session scheduled for Friday. Players across the league voiced their support for the victims and condemnation of the NWSL on social media on Thursday.

Riley’s contract was not renewed by the Thorns after a poor 2015 season, and general manager Gavin Wilkinson (who is still in the same position today) thanked Riley for his services in a team press release announcing the news. According to The Athletic, Shim emailed Thorns owner Merritt Paulson, Wilkinson, Thorns HR director Nancy Garcia Ford and Riley with her concerns following the 2015 season, and she forwarded it to then NWSL commissioner Jeff Plush. Shim also met with Garcia Ford about her concerns.

The Thorns said in a statement on Thursday that they “conducted a thorough investigation advised by an outside law firm and placed Riley on administrative leave. While the findings did not show unlawful activity, they did uncover clear violations of our company policies. Based on this, we chose to sever ties with Riley.” None of that was announced in 2015 when they decided to not renew Riley’s contract. He was thanked for his services by Wilkinson in a five-sentence press release.

Baird, who became NWSL commissioner in early 2020, was contacted by Shim and Farrelly earlier this year, per The Athletic, and confirmed that there was an investigation in 2015 but said she could not share more information. On Thursday, Baird issued a statement saying she was “shocked and disgusted to read the new allegations reported in The Athletic this morning.”

U.S. Soccer said on Thursday that it has suspended Riley’s coaching license. Riley is one of a relatively small number of coaches to hold U.S. Soccer’s “Pro” license, the highest attainable coaching badge in the federation.

Farrelly described the lack of player protection and re-hiring of alleged abusers as “institutional betrayal.” Riley was hired by the Western New York Flash a few months after leaving Portland, and he stayed with the franchise when it moved to North Carolina, guiding it to three championships combined.

Morgan, who also played for Riley in Portland in 2014 and 2015, spoke on the record with The Athletic to corroborate Shim’s story. Morgan was instrumental in organizing players’ demands earlier this year that an anti-harassment policy be instilled in the league to guarantee safer working conditions. The NWSL’s anti-harassment policy was soon adopted and announced in April.

The new anti-harassment policy has been applied several times since, including the recent dismissal of Richie Burke as Washington Spirit head coach — “for cause” following a recent investigation into abusive behavior — and in relation to NJ/NY Gotham FC general manager Alyse LaHue being fired in July. Racing Louisville FC fired head coach Christy Holly “for cause” in August but that was not subject to the anti-harassment policy and is not an ongoing investigation because Holly is no longer an employee of an NWSL team.

Reports surrounding Burke and Holly existed prior to their hirings at those respective clubs, as did reports of Farid Benstiti body-shaming U.S. midfielder Lindsey Horan during her time at PSG from 2012-2016. Benstiti was still hired by the Reign in early 2020 amid the resurfacing of that controversy. He was fired in July after only 18 months in charge.

The NWSLPA also announced resources for current and former players to anonymously report abuse and to tend to their mental health. The PA has engaged Lighthouse Services, Inc., to provide all NWSL players with access to an anonymous hotline for reporting abuse. NWSLPA executive director Meghann Burke is also making herself available for any player to report a violation of the anti-harassment policy. Sports psychologist Diana Redman, PsyD, has also been retained for confidential consultations of any current, former or future player.

Players across the NWSL reacted in disgust of Thursday’s news, including some of the most prominent in league history. Portland Thorns defender and United States national team captain wrote, “NWSL, it’s time to get your sh*t together.” OL Reign and U.S. forward Megan Rapinoe called for the immediate resignation of anyone complicit in alleged abuse.

The Lowdown: Spirit show perseverance in ongoing playoff push
This weekend’s NWSL games have been called off