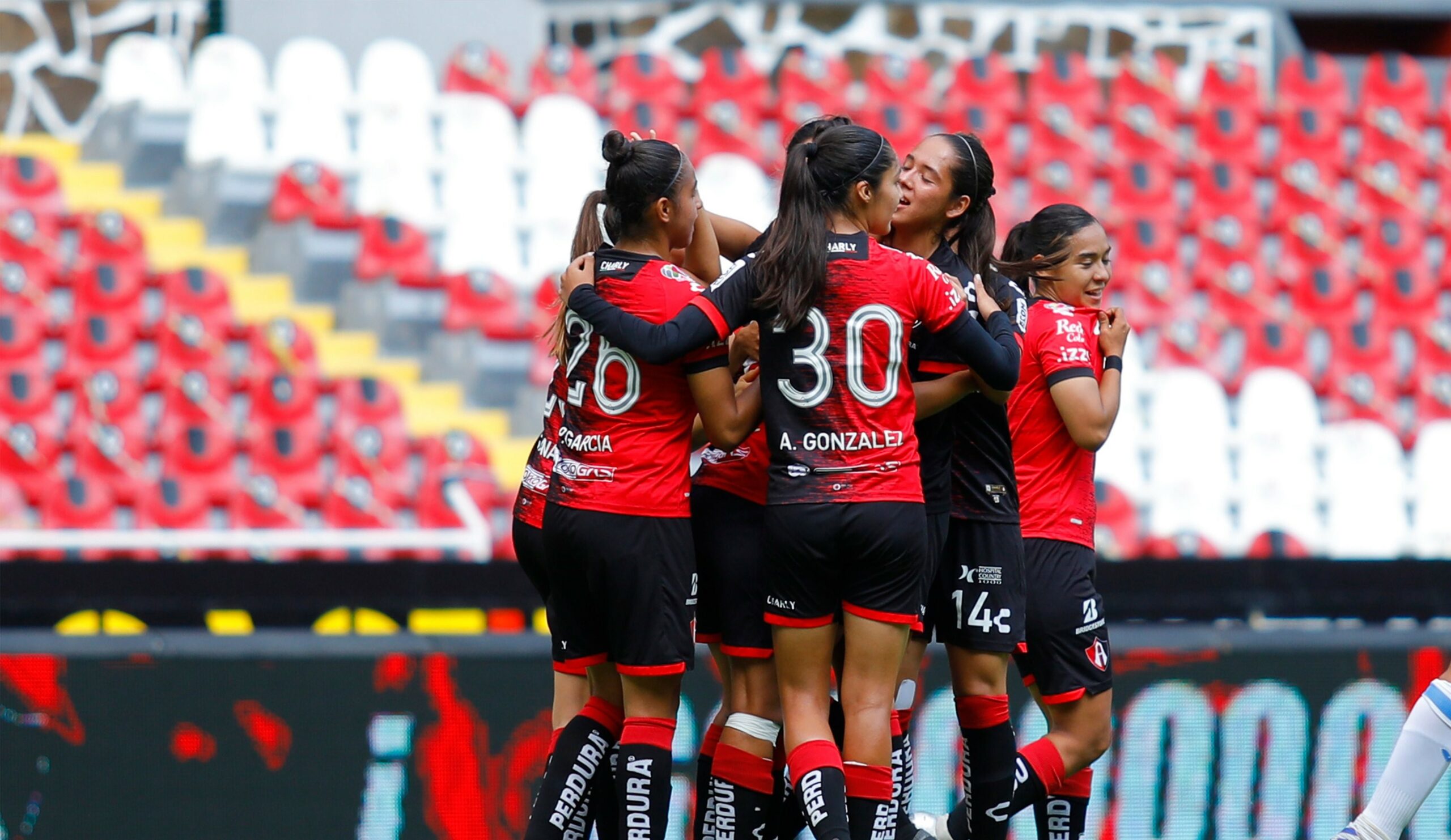 Santos Laguna have been the hot team in Liga MX Femenil, but C.F. Monterrey held the club to just one point this week. Atlas got a big win over Cruz Azul and Tigres blanked Tijuana. Here’s what happened this past week in Liga MX Femenil.

It was a second-half affair between Santos Laguna and Monterrey, two of the top teams in Liga MX Femenil. Santos was coming off a major upset last weekend against Chivas, earning a 5-4 victory. This week, Santos were looking to notch another upset and climb the table. However, Monterrey were able to hold the red-hot Santos Laguna to just one point.

Each team had one player score both goals: Alexia Villanueva for Santos and Monica Monsivais for Monterrey. Villanueva struck first, in the 48th minute, off a strike inside the box, surrounded by three defenders who really made no move to steal or block the ball. Monsivais equalized in the 65th minute with a penalty. Her initial kick was saved by Santos goalkeeper Nicole Buenfil. However, none of the Santos defenders raced to the ball in time, and Monsivais picked up her own rebound and put it in an empty net. Buenfil was furious with her teammates for not making an effort to get the rebound.

Monterrey then took the lead in the 76th minute, as Monsivais hit a volley — which she volleyed to herself — up and over Buenfil. The strike is worthy of an international award or acknowledgement.

However, Santos equalized the match two minutes later off a Villanueva penalty kick, that went in on the first attempt.

Santos sit in fourth place and are eyeing Chivas for the third place spot. Meanwhile, Monterrey losing out on three points puts them in second place with 26 points, still four points away from Tigres (30 points). Tigres and Monterrey are facing off in two weeks, and you know that Monterrey is licking their chops for a chance to dethrone the mighty Tigres.

Atlas has been stunning Liga MX Femenil for all the wrong reasons lately. The team that was so dominant last year — and in the beginning of this Apertura season — has been faltering in recent weeks. In fact, heading into Week 10 against Cruz Azul, Atlas was riding a seven-game win-less streak. There have been some draws, but the last Atlas win came in Week 3.

This week, Atlas got some confidence back, including forward Alison Gonzalez, who scored two goals in the victory. However, it was Karen Garcia in the 13th minute, off a free kick, that opened the scoring. Garcia took the free kick and put it in the upper corner of the net. There was nothing that Cruz Azul goalkeeper Maricruz Gonzalez could do to prevent it.

Gonzalez got on her scoring kick in the second half. In the 57th minute, Gonzalez scored after receiving a long pass inside the box, taking her shot at a tough angle. In the 90th minute, Gonzalez sealed the victory and three points with a corner kick goal.

Atlas does sit in a playoff spot, holding on tight to the sixth place spot. A victory, and some goals for Gonzalez, could be the spark they need to finish out the season on a strong note.

Talk about bad luck for Tijuana. Last week, Tijuana got pushed around by Monterrey, with Rayadas earning a 4-0 win. This weekend, Tijuana took on first-place Tigres. It wasn’t a matchup that was in the favor of Xolos.

Tigres blanked Tijuana for the second-straight week, earning a 3-0 victory at home. It took Katty Martinez only 1:54 to score, sending home a header inside the box. To Tijuana’s credit, Xolos did hold off Tigres for a solid 70-ish minutes. The first half ended with just a small lead for Tigres. However, late in the match, as they usually do, Tigres took off.

Stephany Mayor doubled the lead with a 75th minute goal off a free kick, which she headed into goal. She was unmarked by Tijuana defenders. Mayor earned her second goal of the match in the 83rd minute with a dribble past defenders and a shot past Itzel Gonzalez.

The teams that were not sanctioned were FC Juárez and Atlético San Luis.

The fines are coming from the federal government, and, as the Associated Press reported, “Mexico’s anti-monopoly commission.” The fines were announced last Tursday and teams will be fined around $9 million for “illegal practices.”

From the Associated Press, “the clubs acted somewhat openly through the Mexican Soccer Federation, and the commission said the effect was to ‘deepen even further the salary gap between male and female soccer players.’ Those named by the commission included Mexico’s top soccer teams.”