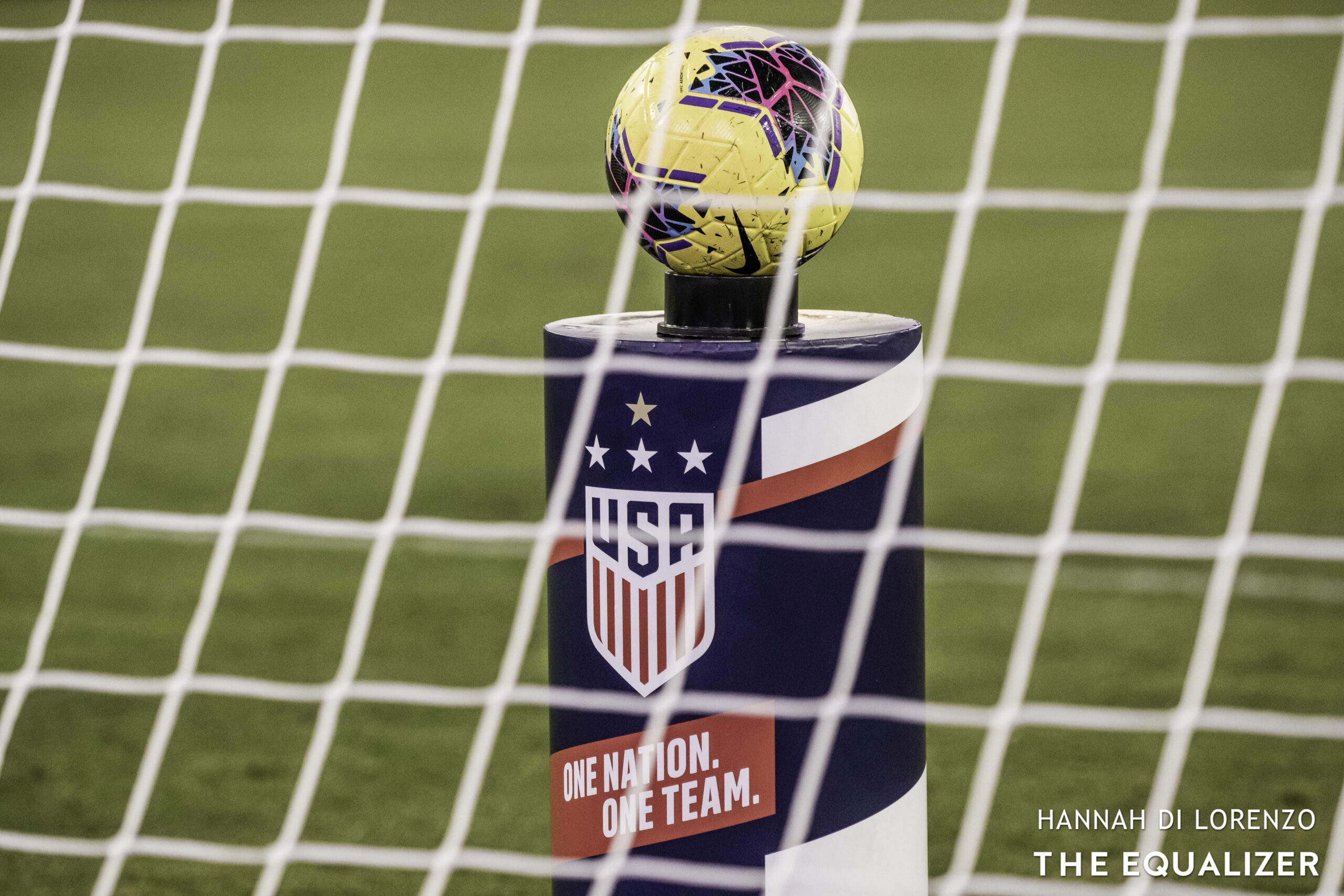 The United States Soccer Federation replied to its women’s national team players’ appeal in the ongoing equal pay lawsuit on Wednesday, making the case that a district court’s summary judgment in favor of the federation should stand. The federation also doubled down on last week’s proclamation that “identical contracts” have been offered to the U.S. men’s and women’s players.

In a filing which was due to the court on Wednesday, U.S. Soccer argued again that the women’s national team players failed to prove that they were paid a lower wage rate — and argued that they were paid more in total compensation than U.S. men’s players. That dispute between the sides has existed from the beginning, with different metrics and time periods producing different final figures.

“The arguments advanced by the women’s national team are not supported by the facts or the law,” the federation said in an accompanying press release. It continued: “We remain confident in our legal position and the affirmance of the District Court’s decision on appeal.”

Wednesday’s filing comes on the heels of the federation’s more aggressive public stance in collect bargaining agreements. U.S. Soccer announced last week that it had offered “identical contracts” to its men’s and women’s national teams, which operate under (expired and expiring on Dec. 31, respectively) different collective bargaining agreements. A public back-and-forth ensued on Twitter between U.S. Soccer’s official communications team account and the USWNT Players Association account, though sources say that despite the public oddity, boardroom negotiations have been far less hostile. Another round of bargaining was ongoing on Wednesday at the time of U.S. Soccer’s court filing.

Asked to clarify on Wednesday what the identical contract means specifically, Jamie Wine, of Latham & Watkins LLP, which is representing U.S. Soccer in the case, identified “equalizing” FIFA prize money as a top priority for the federation. U.S. Soccer does not control FIFA World Cup prize money, which Wine called “the elephant in the room.” There was a $370 million gap in total between the most recent men’s and women’s World Cups. Wine said the federation has some conceptual ideas on how to share the revenue, but that they want their men’s and women’s players at the negotiating table to figure out the specifics.

“What we recently offered was literally the exact same contract,” Wine said. “Now, whether that means they are kind of both falling under one contract or they both agreed to contracts that have identical terms, I’m not sure that’s a distinction that’s meaningful. But the point being, that they would get the exact same terms in the contract that they agreed to, and those terms would be identical game bonuses, identical commercial and revenue sharing agreements, the identical solution on whatever we agree on in terms of equalizing the FIFA World Cup prize money. So, literally the identical terms offered to both. So, that would the same structure; it would be the same terms. And that’s what we are offering. We did that to respond to what we understood the women to be complaining about, and that they are kind of equating equal pay with equal contracts. So, this is responsive to that.”

The USWNTPA’s response to the federation’s offer is still in progress, with negotiations ongoing and the initial proposal only made last week. The USWNT Players Association has maintained that they feel women’s national team players want equal pay for equal work — which might not necessarily mean “identical contracts” given the differences in competitions for the men and women.

U.S. Soccer’s public tone over the past week has been noticeably more direct than the collaborative approach which president Cindy Parlow Cone, a former U.S. women’s player and World Cup champion, has preached for over a year since assuming the role. That tone appears to be a direct response to the players’ ability to largely win over public opinion in this battle of five-plus years and counting. U.S. Soccer’s communications team referenced the “LFG” movie, which detailed some U.S. players’ stories in the equal pay fight, as “a publicity stunt” following the USWNTPA calling the federation’s delivery of the offer a “PR stunt.”

Cone’s sentiments were echoed in Wednesday’s accompanying press release from the federation: that U.S. Soccer would like to settle the matter outside of court.

The federation — along with detractors of the women’s national team’s legal positioning — suggests that their lack of immediate response, to what the federation calls identical offers, is telling. But the offer was also only just made, lacks specific details, and was the first such offer extended in this form. It needs to be negotiated, which is the crux of the ongoing CBA process (and which, to be clear, is intertwined with but independent of the lawsuit).

“USSF’s argument is a tired and frustrating anachronism that women should settle for less than they are worth,” Molly Levinson, a spokesperson for the players, said in a statement on Wednesday. “In arguing that the women were ‘paid more’ than the men, USSF completely ignores that the women’s team had to be much more successful than the men’s team to make about the same as the men. USSF’s false lip service regarding support for equal pay has been publicly dismantled by the men’s team, the EEOC, and a host of former EEOC officials, along with many others, including USSF’s own employees, who have complained of the sexist culture that persists at the organization. It is a fact that if the women players were paid at the same rates as the men that they would have made three times as much as the men because they outperformed the men. It is also a fact that USSF — not FIFA — decides what to pay the men’s and women’s teams for the World Cup, and USSF made that decision before FIFA even announced its bonus structure. The reality is that USSF determines its own budget and its own rate of pay and cannot blame FIFA for its own ongoing and past discrimination.”

The U.S. women’s national team has long had a structure of guaranteed contracts, which women’s players have collectively preferred over the structure of the men’s team’s contracts, which sees players paid only if they appear in camps or games. The realities of the men’s and women’s games globally are drastically different, however, and the structures of those deals reflect the traditional discrepancies. Men’s players can make millions with their club teams; U.S. women, who are the highest paid in the world, only recently began making six figures in greater numbers (and they still represent only a fraction of the American player pool).

To date, women’s players have not had an incentive to take a deal structured for the men’s game. That makes the idea of an “identical contract” less straightforward than it might seem.

“As I said earlier, it’s now clear that’s not necessarily what they want, because they are not jumping at — agreeing to that,” Wine said of U.S. Soccer’s offer. “And so, what I think it highlights again, is something that I think from a broad principle standpoint is a good thing: that they actually want the ability to negotiate for structures, for terms of a contract that reflect their priorities and are the best things in their view, and I think that’s a good thing in principle. I think that’s what they’ve done in the past. And that’s again, one of the things that is at the heart of this litigation, is that in the past they did prioritize the guaranteed salaries and substantial benefits, and the stability that came along with that structure as opposed to the riskier pay-for-play model that the men negotiated. I think that is a good thing and I think under the law, it actually gives women more power if they have the ability to bargain for what they actually want, and prioritize, and not just accept a carbon copy of what the men negotiated. But the argument that they are advancing is that they want equal and they’re equating equal with identical. So, we have offered that to respond to that in an effort to try to resolve this.”

Players’ counsel will have the opportunity to reply, which is due on Oct. 13, as the equal pay fight drags on toward a sixth year since it formally began in 2016. The women’s national team’s collective bargaining agreement expires at the end of Dec. 31.

USWNT 8, Paraguay 0: Talking points from another blowout
Lower-division development is the next frontier in U.S. women’s pro soccer