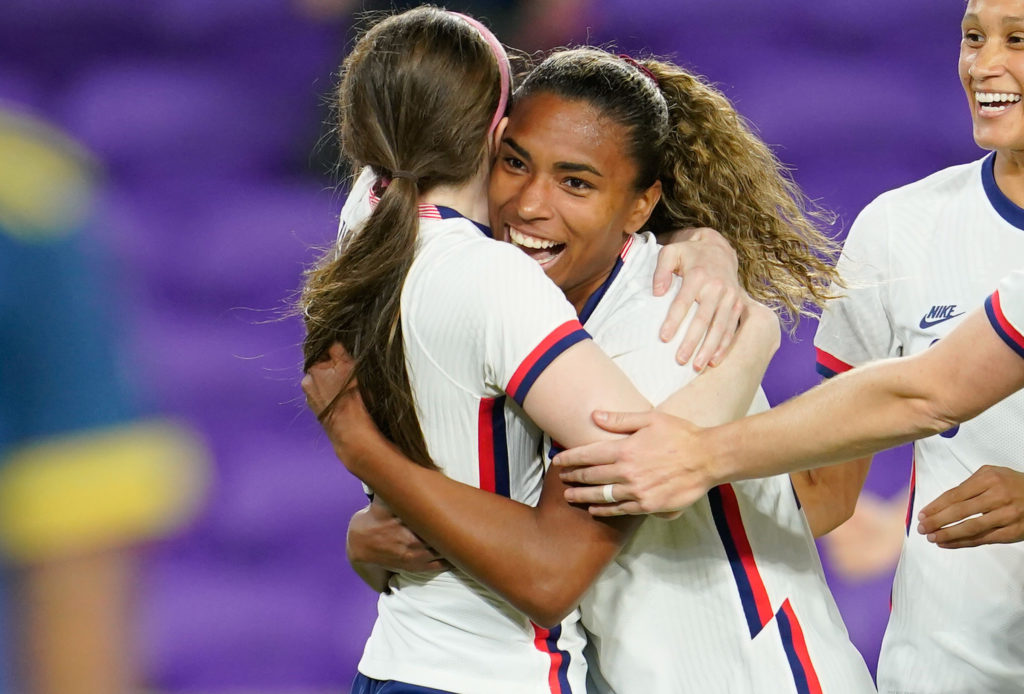 Five days after the United States women’s national team defeated Paraguay 9-0 in Cleveland, the Americans went ahead and nearly repeated the result in Cincinnati with an 8-0 victory over the same opponent. Alex Morgan led the way with a hat trick.

With the obvious concession that it’s hard to draw too many conclusions from such games, here are three items at least worth noting.

Sophia Smith scored her first U.S. goal in her first start for the team, and she also provided service from wide areas, feeding Alex Morgan centrally and looking confident as she took on defenders. That last part is the most important as Smith looks to translate solid-but-still-improving club form into more regular time internationally.

Smith has plenty of potential; she’s lacking reps at the international level. That is likely to change as U.S. coach Vlatko Andonovski begins thinking more seriously about the 2023 World Cup.

Catarina Macario was active throughout the night, and she scored a wonderful goal in the final minutes of the match for the U.S.’ eighth and final tally of the night. It was her second goal of the night.

Macario is off to a hot start for Lyon this season, scoring three goals in three league games and adding another tally in the opening round of Champions League. We didn’t see as much of Macario at the Olympics as some might have hoped, but like with Smith, we should see plenty more of her soon — hopefully in a free No. 10 role.

Rose Lavelle scored the opening goal for the U.S. and added three more assists in front of her hometown crowd. The Lavelle-Macario-Andi Sullivan midfield is one I would like to see more of against stronger opponents. It has a nice balance of the free-flowing play which Lavelle and Macario are capable of, balanced with Sullivan’s deep-lying distribution from the No. 6 position.

The Equalizer Podcast: Mail Time
The Lowdown: How is each NWSL team positioned for the homestretch?