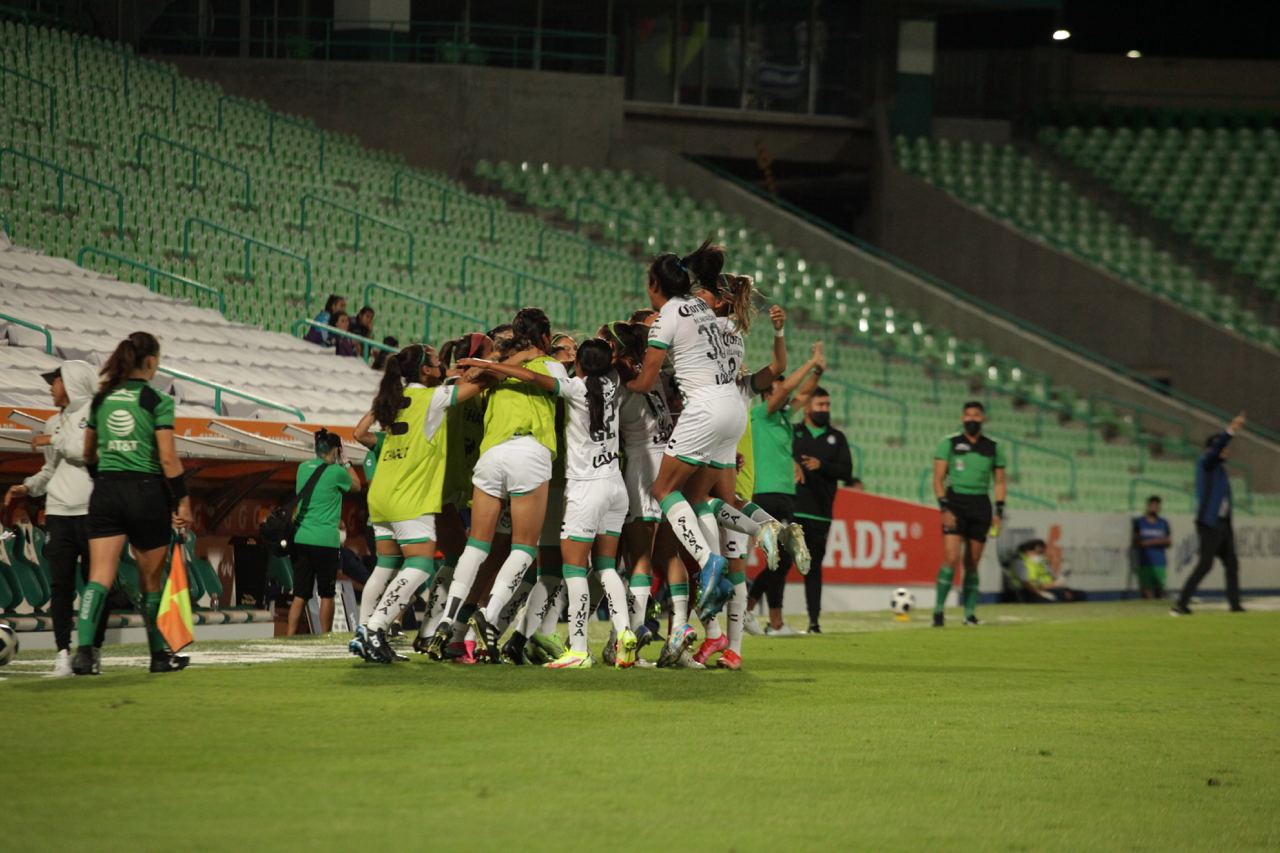 Week 9 of Liga MX Femenil action had a few prime matchups that certainly didn’t disappoint. Santos Laguna and Chivas combined for nine total goals, while Monterrey took down Tijuana in a lopsided victory.

See what went down in Mexico this past weekend before the international break.

If we were to go over how every goal was scored in this match, this article might be the longest on the site. Santos Laguna vs. Chivas was the prime match up this past week, with both teams fighting for top spots on the table. Chivas has been in close range with Tigres throughout the whole season. However, their loss on the road to Santos Laguna — and Tigres’ win over Pachuca this week — has separated the two teams further.

Meanwhile, Santos Laguna and Alexia Villanueva — who scored two of the five goals — are shooting up the table. Sitting in fourth place with 20 points, Santos is the story to watch this season after spending most of last season toward the bottom and lower-middle of the table.

To show you just how back and forth this match was, here is the breakdown of when the goals were scored and who scored them. Throughout the match, Chivas never took the lead, only equalizing on a few chances.

Talk about a thrilling match. The final kick, too, was a thing of beauty, as Quiñones shot from about 25 yards out over a wall of players for a stunning free kick. Santos is playing some beautiful soccer right now, and all teams should be fearing the team. Coming back from the international break, they’ll take on second-place Monterrey. Keep your eyes peeled for that match.

Another big victory took place to change up the table, but this one was more lopsided in favor of the home team. Monterrey took down Tijuana, who won their last match against Club León in dominant fashion. This time, the tables were turned.

Rebeca Bernal opened up the scoring in the 24th minute after picking up a rebound from a free kick. In the second half, three of the goals were scored, with two coming from Monica Monsivais.

Diana Evangelista doubled the scoreline in the 54th minute. Monsivais started her show with this chaotic goal in the 58th minute.

Monsivais then ended the match with the fourth and final goal in the 62nd minute off another tap-in. Monterrey now sits in second place in Liga MX Femenil on the Apertura table. Monterrey have 25 points and Tigres have 27 points. Those two sides will face off on Oct. 9 in a match that could alter the season or extend Tigres’ long-standing reign at No. 1 .

In a surprise performance, FC Juárez managed to snag a point against Club América in Week 9. Craig Harrington’s group was the favorite in this match, but were on the road to losing all three points before Daniela Espinosa scored in the 86th minute from the penalty spot.

FC Juárez did celebrate taking the lead early in the second half, as Silvia Elicerio scored off a corner kick.

Club América dropped down to fifth place with the draw.