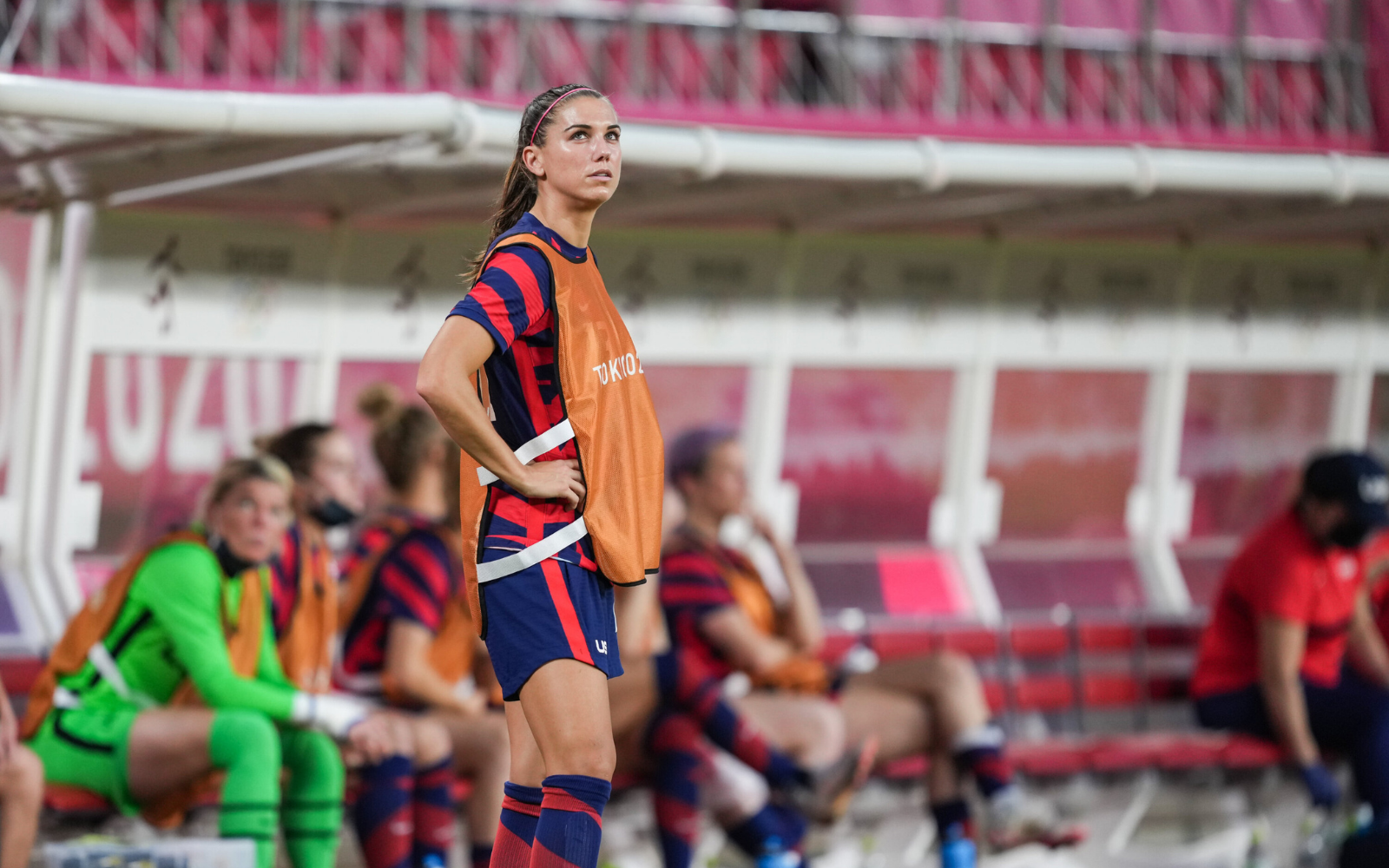 A pair of post-Olympics friendly matches in Ohio against Paraguay, a team which is ranked 50th in the world and has played only one match since the end of 2019 (a 7-0 defeat to Japan), is about as dull as it gets on the United States women’s national team calendar. Yet, the Americans offer intrigue in an awkward way this week.

First is the context: These fall matches are the semi-annual ‘tour’ games which U.S. Soccer schedules in hopes that the women’s national team returns from a major tournament with a trophy. That happened in 2015 and 2019, with back-to-back World Cup titles. This year, however, the U.S. came home with a bronze medal, a mix of success and disappointment which U.S. forward Alex Morgan said this week still needed to be fully processed.

Oh, and all of that is set to the backdrop of collective bargaining negotiations between the team and the federation. That took another ugly public turn this week as U.S. Soccer promoted its “identical offers” to the men’s and women’s teams (each of which has been negotiating separate agreements). Months of work done by U.S. Soccer president (and former women’s national team player) Cindy Parlow Cone to set a more friendly bargaining tone seemed to be undone by a pair of press releases which escalated into the two sides quote-tweeting each other about “publicity stunts.”

Asked if she was encouraged by the latest U.S. Soccer proposal, Morgan said she needed more information. That was before U.S. Soccer’s communications staff sent its tweet criticizing the “LFG” film which some player participated in.

“Looking at the statements, it’s difficult to say,” Morgan said this week. “We want to feel encouraged, and we want to be optimistic, but we have seen a lot of statements before. What we really want to do is see what we can do at the negotiation table, is see those statements be put into action in those negotiations.”

Morgan said that any public statement from U.S. Soccer about equal pay is good but added that the details are important. “If you have equal but it’s not even what we got before or to the value that we are, then we still consider that to be not good enough,” she said.

Whether issues trickle into the stadiums on Thursday or Tuesday against Paraguay remains to be seen. U.S. women’s players turned their warmup shirts inside-out before a match in March 2020 to hide the federation logo and only show the stitching of the four stars — representative of their four World Cup titles — and the outline of the crest. The current collective bargaining agreement expires at the end of the day on Dec. 31, and the U.S. women are appealing an LA district court ruling dismissing significant parts of their equal pay lawsuit.

All of this is familiar by now, with the current equal-pay fight dating back over five years. Much of the team is familiar, too; the roster for these matches is mostly the Olympic roster with a few additions due to the large number of missing players (Alyssa Naeher, Julie Ertz, Sam Mewis and Megan Rapinoe are all previously injured; Lindsey Horan won’t play after picking up a knock and Tobin Heath’s minutes will be extremely limited; Christen Press is taking the games off for a mental break). The reason for that is largely contractual: a four-game, post-Olympic tour is built into the current collective bargaining agreement as a guaranteed means of additional player income for the Olympians ($200,000 per tour match divided up among players).

More for subscribers only:

These will be the first two of Carli Lloyd’s final four games in a United States jersey, ending one of the most successful careers in a storied team’s history. Lynn Williams specifically mentioned that as an important point of focus for the team.

It is clear, however, that these matches against Paraguay — as well as the two in October against South Korea — represent the awkward in-between of an Olympics not being fully celebrated and a World Cup qualifying campaign which has not yet kicked into gear.

Players are each at different points in the process of digesting the Olympics, for all the team’s shortcomings but eventual, relative success in finishing with the bronze medal.

“The faster we can get people on the same page, the better,” Williams said, noting that World Cup qualifying would come quickly (summer 2022). “The more time we have to gel, to know each other on not just a soccer level but like a friendship level, the better we’ll be.”

Morgan, who experienced the highs of a gold medal in 2012 and the lows of a quarterfinal exit in 2016, appeared to still be reflecting.

“It’s still a process,” she said. “Mentally, it was very exhausting. It was a different Olympics than ever before and not in a great way. Not only because of the finish, but because of the implications that COVID had on the tournament in general, not having fans and all the things that you guys know. So, it’s still a process I think for a lot of players. Each player has their own timeline on closing that chapter, but I think coming in as a team, as much as some of us may have wanted to stay with our club teams, I think it’s a really good thing for us to come in here and just try and close that chapter collectively as a group, and talk through the things that could have been done better, that were done well, and then also just knowing that we weren’t alone in feeling the things that we felt throughout the tournament — the feeling of not playing well and not living up to expectation that we set for ourselves, for this team, and a couple of other things. So, it’s definitely a process in closing that chapter.”

It will likely drag on until the end of the year. Yet-to-be-announced November friendlies might offer the first look at real roster experimentation, as would the annual January camp.

Collective bargaining looks set to drag on as well. Morgan spoke about both the Olympics and the legal battle this week. She spoke of moving beyond the Olympics, but her words are equally applicable to the pay dispute which continues to loom over the U.S. Soccer Federation and U.S. women’s players:

“We do need to kind of close that chapter and move forward.”