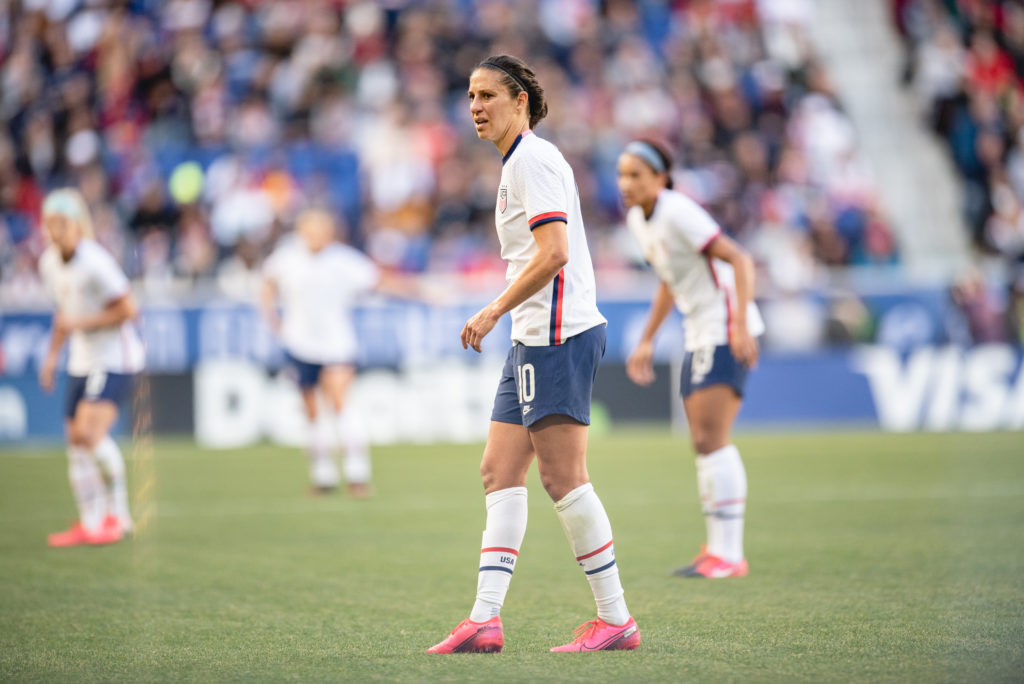 We knew these pair of United States women’s national team friendlies against Paraguay were going to be lopsided. There are a few layers of weird context surrounding these matches.

It took only three minutes for the U.S. to get on the board, and they added eight more to win 9-0 in Cleveland, Ohio, on Thursday. Here are three thoughts from a blowout which did not allow for too many serious tactical deep dives.

It took Carli Lloyd 34 minutes to tally a hat trick — over twice as long as the hat trick she recorded in the 2015 World Cup final — and she had four goals by halftime to move past Kristine Lilly for sole possession of third place in the all-time U.S. scoring charts with 132 goals. Her ninth career hat trick broke a tie with Mia Hamm for the most in program history.

Cynicism about the scheduling of this game, the opponent, and the potential padding of statistics, is understandable, but Thursday’s Carli Lloyd Show felt like an appropriate first stop on her abbreviated farewell tour. She is one of the best to ever suit up for the United States, and she admits she did not always allow herself to enjoy the moment. She certainly had fun on Thursday.

Granted, there were significant absences in the wing position — Christen Press is taking a mental break, Megan Rapinoe is injured, and Tobin Heath is on very limited minutes — but Mallory Pugh earning the start on Thursday was a welcome sight for those looking to see club form rewarded. Pugh has been a bright spot for the Chicago Red Stars this season and looked good on Thursday in her first start for the U.S. in two years.

Pugh had three assists on Thursday and did more away from the official scoresheet as well, including a silky smooth first touch in the 24th minute which set up a the corner kick from which Andi Sullivan scored her first goal.

The absences of Julie Ertz and Lindsey Horan left Andi Sullivan as the clear option at No. 6, and she got a full 90 minutes there. She did not disappoint. Sullivan scored two goals and, more importantly, orchestrated play in the midfield.

Ertz has long been the No. 6 and is still the go-to when healthy, but a fault in this U.S. team which had not been fully exposed before this year has been its lack of any tested backup to Ertz. Paraguay is not the best litmus test, no, but perhaps this is the start of more consistent looks for Sullivan.