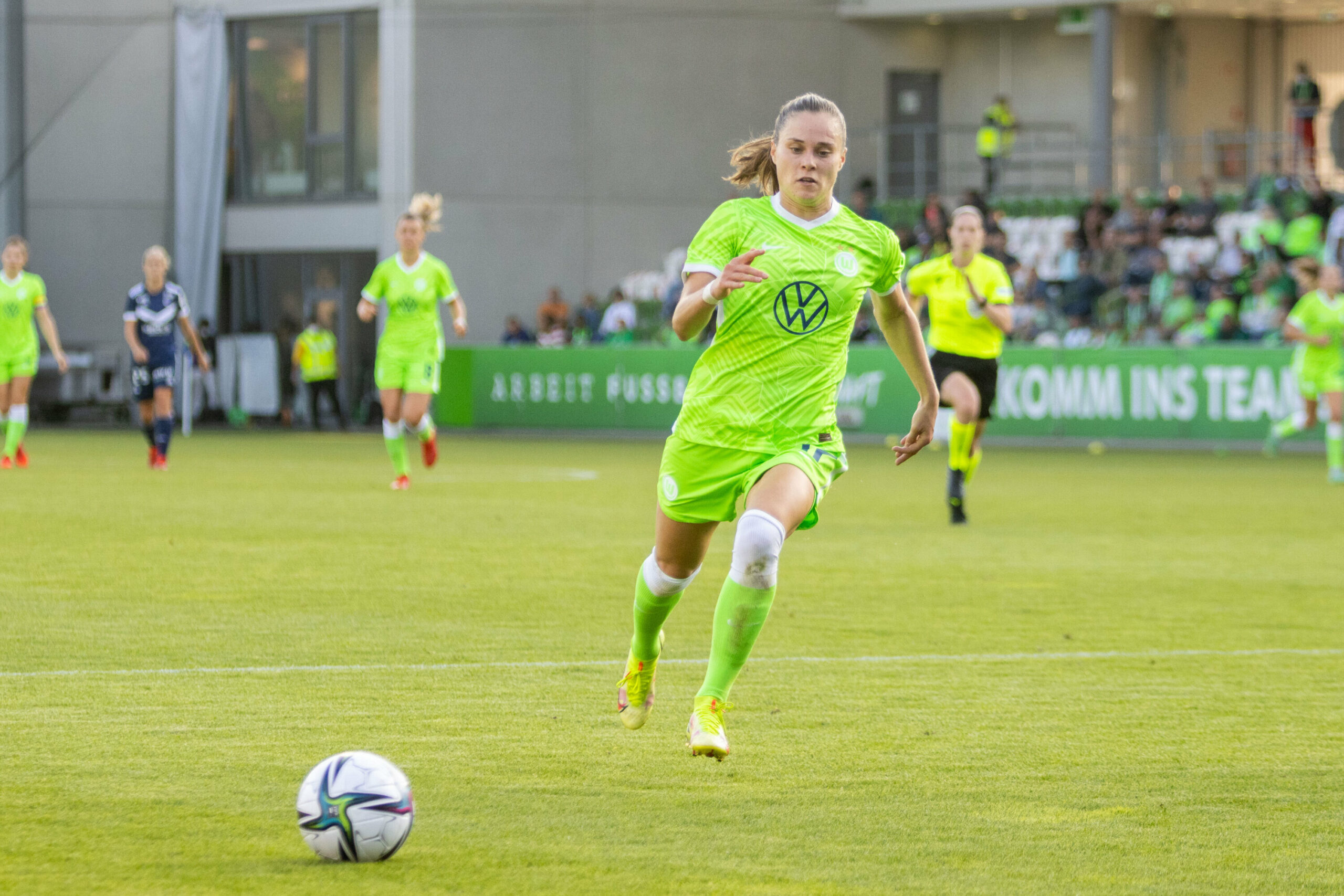 Announced at the end of 2019, the new format for the UEFA Women’s Champions League has come into effect this season and as we head into the second group stage, it’s completely understandable to still be a little confused as to how we got to here. Don’t worry, this is a safe space, and we can walk you through the changes and catch you up on what you might have missed.

In previous seasons, before getting straight into knockout football in the round of 32, 40 teams would take part in a preliminary of qualifying round (across 10 groups of four) with the winners progressing to meet the 22 teams given a bye into the first-round proper. That qualifying round has been subdivided into two proper rounds, the first round itself being split down a “Champions Path” and a “League Path.”

The Champions Path saw the champions from the 43 lowest ranked (by coefficient) associations pitted against each other in groups of four, with each team playing two matches (with one exception due to odd numbers). Their first match was automatically a semifinal and their second a final (with the winner progressing) or a more administrative third-place final if they lost their first match. Given there are only 50 nations represented in the UWCL this season, that particular path had a real mix of teams from Serie A champions Juventus to Moldovan champions Agarista Anenii Noi.

The format for the “League Path” was exactly the same with the two matches, the difference being that it contained the six third-placed finishers from the highest ranked six nations as well as 10 league runners-up from the 7th to 16th ranked nations. The quirk of the coefficients again meant there was a sliding scale of talent over the matches and how you ended up with WSL third-placed finishers, Arsenal, playing Kazakhstani runners-up, Okzhetpes.

The 14 teams who made it through the first round (by winning both of their matches) were put into the draw for the second round of qualifying with the second-place finishers from the six highest ranked nations as well as the champions from fifth, sixth and seventh ranked nations. But again, as in the first round, the teams were split with the champions drawn against each other and the second- and third-place finishers put in a separate draw, meaning another seven domestic champions were eliminated before the group stage.

Although the format is still a little on the clunky side, it did at least throw up some interesting ties with the two-legged format, in the league path: Bordeaux notably took Wolfsburg to penalties while Real Madrid knocked out Manchester City. In the champions path, Danish champions and UWCL debutantes Køge eliminated an experienced Sparta Prague team and there was plenty of excitement over the second leg of the Servette Chênois-Glasgow City tie, which the former won to advance.

With 52 teams already knocked out, we are now entering the group stage proper, an advent for this season put in place align the women’s competition with the men’s in format, but also in centralising the rights, with all group-stage and latter-round matches free to watch worldwide on DAZN. Yet, to already be down to 16 teams in mid-Septembe,r with notable sides failing to make it through the qualifying rounds, it feels like the format could yet use some tweaking. However, we’re here now so let’s explain how the groups will work.

The draw included the 12 winners from the second round of qualifying as well as the four “direct entrants,” that is the current holders and the champions from the top three associations (or four in this case with Barcelona champions from third-ranked Spain already in as the current holders). The direct entrants went into pot one and the remaining 12 teams were divided into three further pots based on, you guessed it, coefficient.

As is customary for earlier rounds of European competition, two teams from the same nation couldn’t be drawn into the same group (example: Lyon couldn’t face PSG) but further than that, countries with two or more teams ended up with “paired teams.” The groups themselves were divided with A and B for half of one pair and C and D for the other half of the pair, which meant, as PSG ended up in Group B, Lyon couldn’t be drawn into either Group A or B. The reason for such is purely about broadcast; Groups A and B would take one day of the week and C and D would take the other, so no two teams from the same pair (read: country) would be playing on the same day. The exception here is Germany, where Hoffenheim couldn’t be part of a pair with Bayern Munich and Wolfsburg, the paired two from the Frauen Bundesliga. Hoffenheim advanced over Rosengård to give Germany three teams in the final 16.

Each team will play each of the other three sides in its group twice — once home and once away — over the next three months. Those matches will be played on October 5–6 and 13–14, November 9–10 and 17–18, and December 8–9 and 15–16. The top two teams from each group will then progress into the quarterfinals, with head-to-head points as the first tiebreaker followed by goals difference in the head-to-head, and then head-to-head goals scored and so on, not forgetting that this season has seen the abolition of the away goals rule.