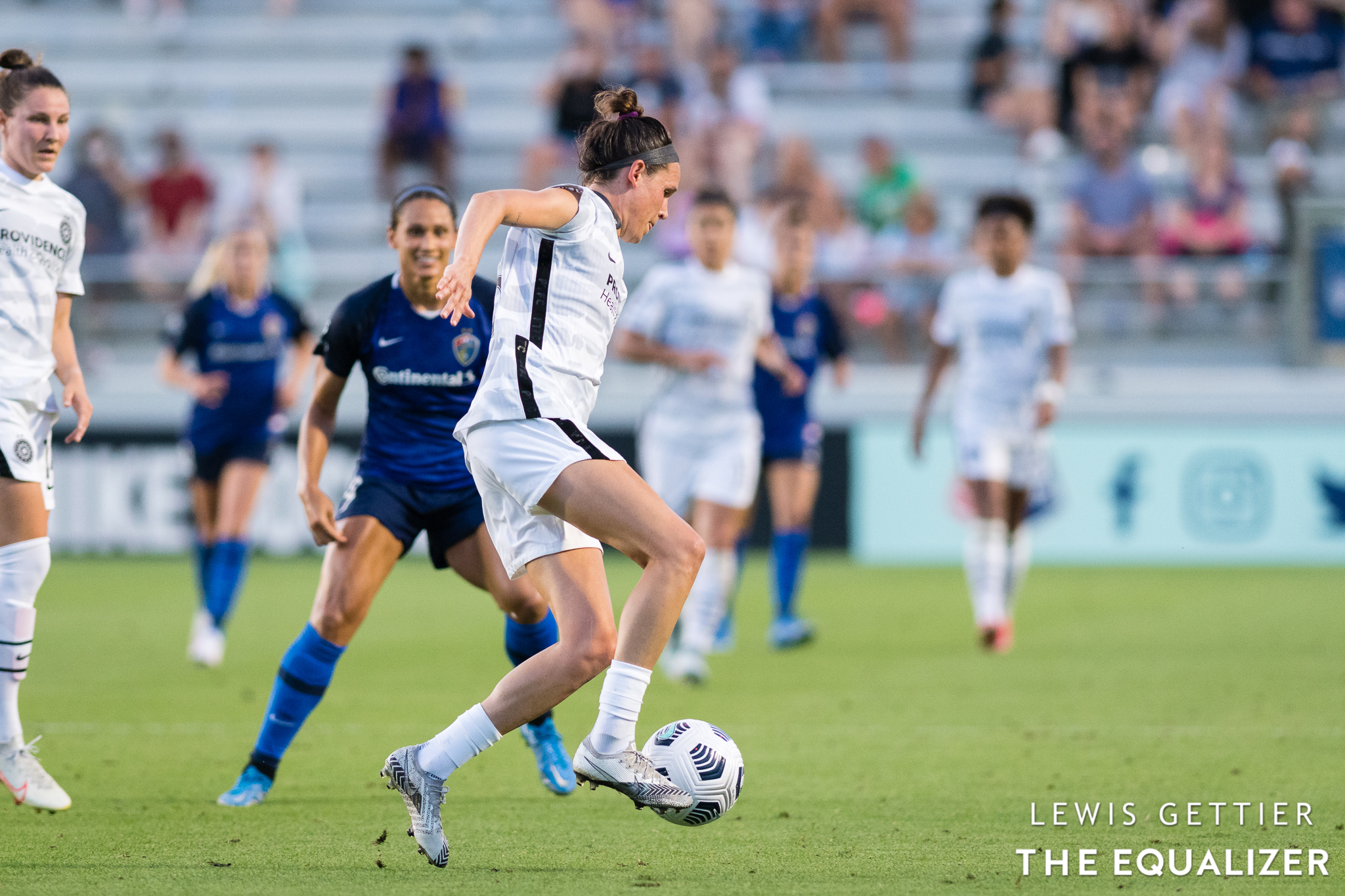 There was only one National Women’s Soccer League match on Sunday after OL Reign’s visit to the Washington Spirit was cancelled due to Washington’s breach of COVID-19 protocols (the Spirit forfeited, 3-0). Sunday’s lone match was a headliner: the North Carolina Courage-Portland Thorns rivalry which has dominated the past half-decade of the NWSL.

The Skinny: Portland prevailed 1-0 behind a second-half goal by Sophia Smith, which lifted the Thorns to their first win in North Carolina. The victory puts Portland three points clear of OL Reign atop the table with two games in hand, and leaves the Courage six points back in third (Portland also has a game in hand on North Carolina). The result effectively ended any hopes the Courage had of winning a fourth straight NWSL Shield.

Smith’s goal in the 57th minute ended North Carolina’s league-record shutout streak at 546 minutes. It was the first goal Murphy and the Courage conceded since July 31. The Courage shut out opponents in their previous five matches. The previous two were scoreless draws, which also speaks to their current offensive issues.

One Key Moment: Smith’s goal was the only one of the match, and how it played out was surprising. Courage goalkeeper Casey Murphy got caught between minds as she thought about coming out for the ball in behind, but then decided to stay at home. She got caught on an island, and Smith made her pay with an outside-right-foot finish.

Inside The Game: The Courage came out pressing Portland and creating opportunities, with Lynn Williams getting in behind in the opening two minutes. Jess McDonald helped put a back four missing Becky Sauerbrunn and Meghan Klingenberg under pressure, but the Courage continue to look like a shadow of their old, dominant selves in the final third. They generated only 11 shots in the match from that pressure (which was less effective in the second half) to Portland’s 24 — a flip-flop of the usual, high-flying Courage system.

McDonald also got in behind in the 30th minute on a direct ball over the top from Cari Roccaro, but her attempted nutmeg of Bella Bixby was stopped pont-blank.

The Thorns asked further questions of the Courage in the second half with direct, vertical balls which challenged North Carolina’s box midfield and put the back four under pressure. Meredith Speck’s introduction to the match in the 61st minute helped stabilize the midfield, but there still was not enough rhythm to consistently link play with Debinha and the front line. A stoppage-time 1-v-1 opportunity for Amy Rodriguez summed up the day for the Courage. After Taylor Smith drew defenders and played Rodriguez in behind, but the veteran striker put her shot right at Bixby.

Combined with the Reign’s three points via Washington’s forfeit, the Courage now sit alone in third place and only a point in front of the Orlando Pride, though North Carolina has a game in hand on both the Reign and Pride. The top two seeds in the new six-team playoff format receive byes to the semifinals.