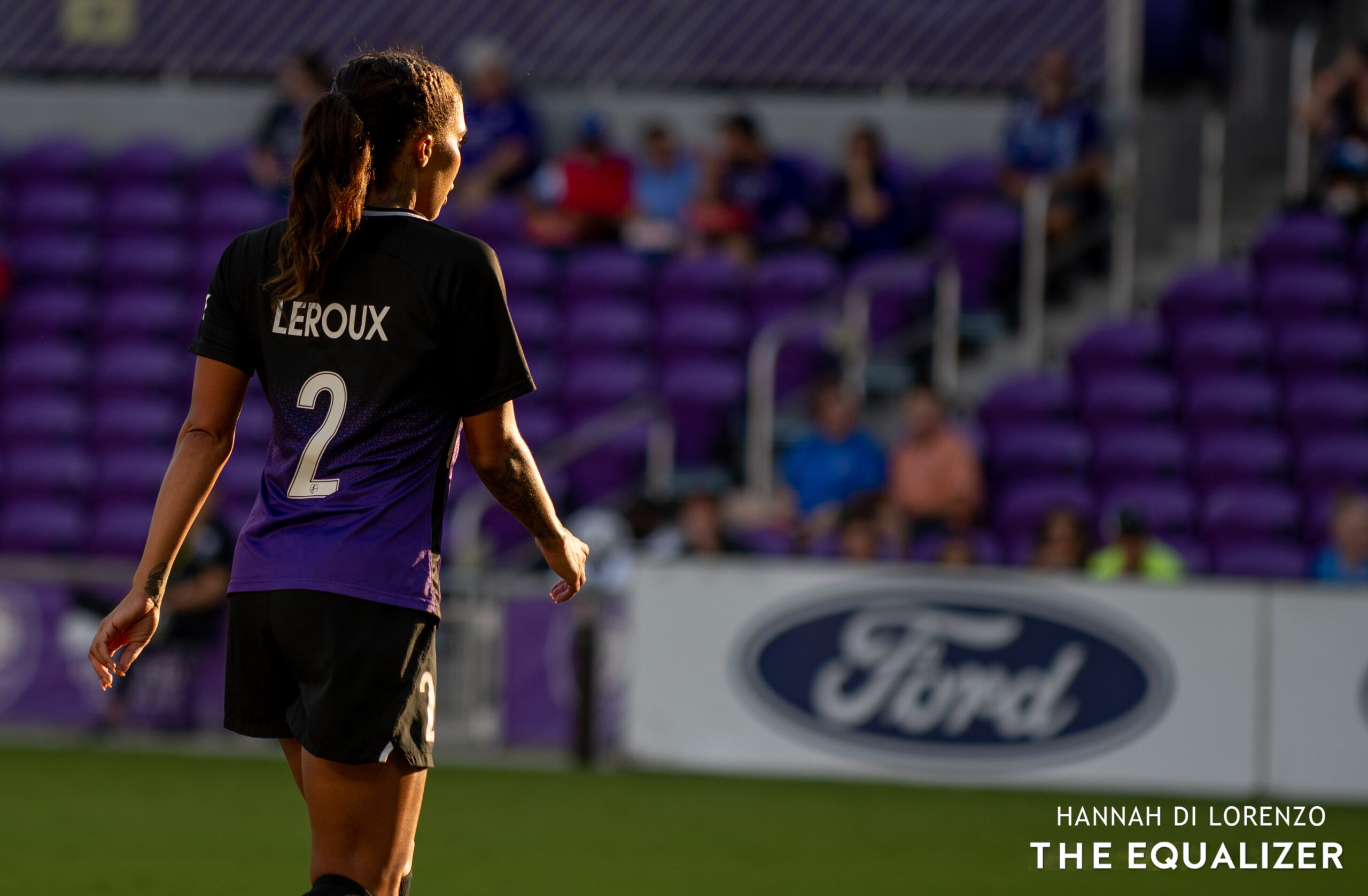 Photo by Hannah Di Lorenzo for The Equalizer

Only the one match this Saturday, it saw Racing Louisville visit the Orlando Pride.

The Skinny: The game started off very back and forth, until about fifteen minutes in when Nadia Nadim was fouled and needed to be stretchered off the field, replaced by Yuki Nagasato. Despite the huge personnel loss, Louisville looked strong out of the stoppage, forcing several big plays out of Erin Mcleod and her defense. But it was the Pride who would score first, somewhat against the run of play, through Sydney Leroux. Five minutes later, Leroux was found running down the flank with tons of space and she managed to get the ball to Marta for a second goal in quick succession. It won’t officially count as an assist, because a defender made significant contact before it found Marta, but make no mistake that the chance was created by Leroux.

Louisville came out well in the second half, pulling themselves within one goal early on. The tally came from Cece Kizer who flicked on Nagasato’s very well executed cross.

But once again, right as Louisville looked to be on the front foot and fighting back, Orlando scored, this time it was Alex Morgan in her return to club play post-Olympics. And again, it was Leroux play making, staying after the ball and playing Morgan in for the well placed left footed finish.

Racing pushed for a little while longer but eventually got too tired to keep up the high pressure so they sat back to see out the game. Luckily Orlando didn’t create any chances out of the possession, but they still came away with the huge three points.

One Key Moment: This goal perfectly illustrates the amount of work Leroux puts in, and how effective it is. Right before this, she has her shot saved, but she collects the rebound before anyone else, calmly creates space for her shot and then places it perfectly. The persistent fight of Leroux resulted in all three of her side’s goals. You can see it on the full clip of her assist to Morgan as well. Orlando does not win this game without her and she should get a lot of credit.

Inside the Game: Erin Mcleod was in net tonight, filling in for Ashlyn Harris who was injured in the Pride’s previous match. Mcleod was solid throughout, making good initial saves and allowing her defenders to clear any rebounds. Orlando didn’t control this match in any sense, actually had half as many total shots, but they continue to take advantage of their few opportunities, particularly in transition.

Racing Louisville on the other hand, have a lot of good going on up top but are consistently killed in games by their disastrous defending. The third goal against them came after Sydney Leroux had three opportunities to play a ball in when it could’ve and should’ve been cleared far and wide the first time. Racing are in games offensively, but take themselves out of it by allowing too many goals.