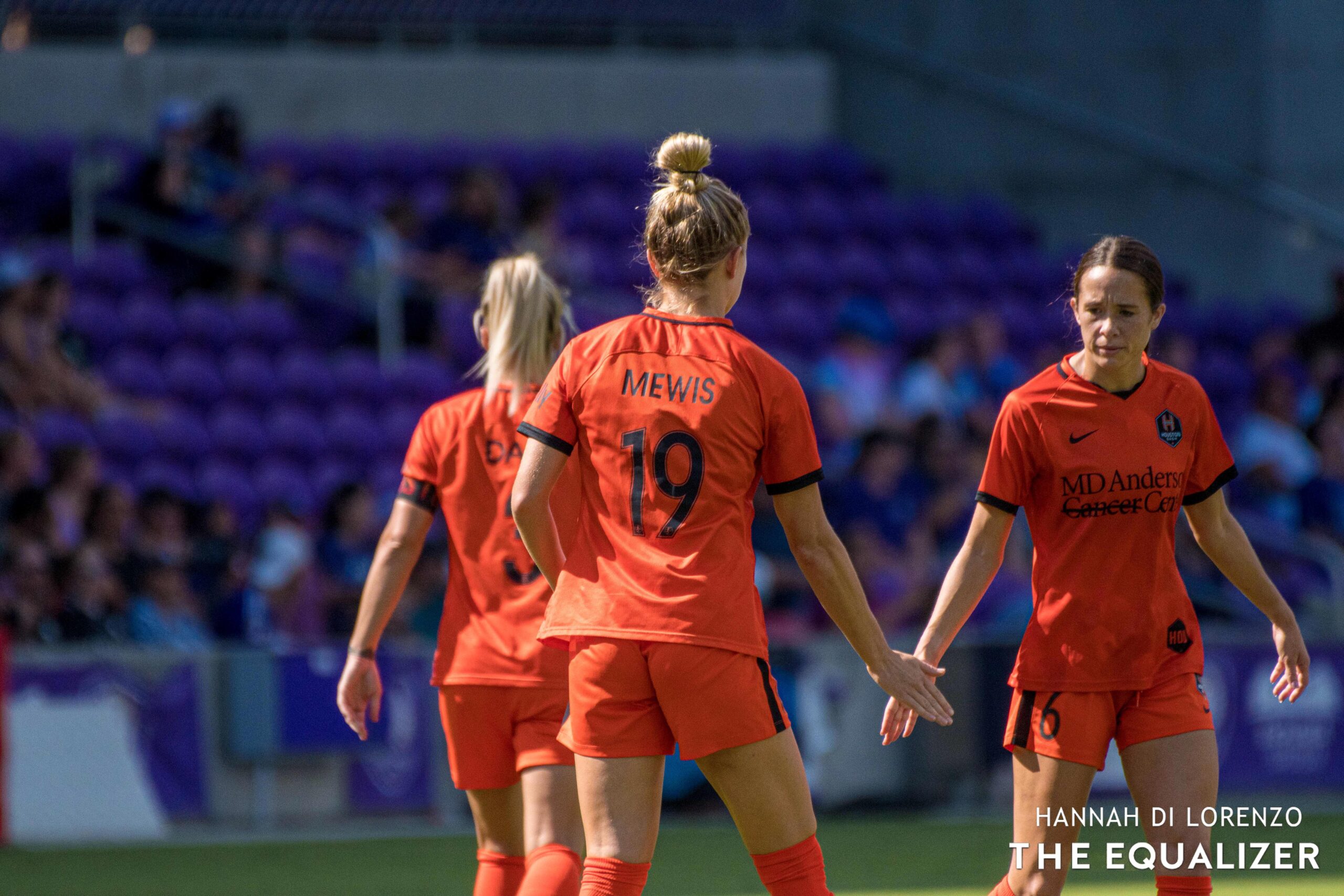 Just one National Women’s Soccer League game to start off the busy weekend, catch up on the action from BBVA Stadium in Houston, Texas.

The Skinny: It was a very even match up on this third and final time Chicago would face off against Houston. The previous two meetings had been split, with each side wining 2-1 once. With this draw neither side holds the tie breaker for the end of season standings. Each goal came about halfway through their respective half. Houston opened the scoring in the first half through Rachel Daly, often the driver of her team. It was Kristie Mewis who sent a long ball in behind for Daly to chase, and while Tierna Davidson did well to keep pace and try to poke it away, it was too close and Daly still got their first with only the keeper to beat. It was tremendous work rate that got the English international to the ball so she could calmly slot it home for her fifth goal of the season.

The game continued to be pretty even other than the amount of corner kick opportunities that Chicago had, but couldn’t capitalize on. The equalizer came from a free kick drawn by Mallory Pugh, just outside the box. Danielle Colaprico took the kick, forcing a big save out of Jane Campbell, but it stayed in bounds and Casey Krueger was there to force home the loose ball. The initial save was good but really should’ve been parried up and over the bar with Houston’s defenders reacting much slower to the rebound. The Dash came close to a stoppage time winner when Daly found space on top of the box, her shot was super powerful, but off target.

One Key Moment: This was well done by the visiting Red Stars, but it continues the pattern of Houston being unable to close out games where they already have the lead. With no clear cut chances before or after this, it was an avoidable goal that cost them a vital three points as they try to make the playoffs for the first time ever.

Inside the Game: Kristie Mewis and Rachel Daly are turning into quite the dynamic duo offensively, but the real issue for Houston is their late game and set-piece defense. They have a myriad of talented players, bolstered by Abby Dahlkemper in the center of defense, yet they can’t win games when they give up as many goals as they score. It happened at the WICC tournament too, they actually led against European champions Barcelona for a long while before being defeated 3-2. Daly spoke after that game about how they make stupid mistakes that cost them games they should, or at least could, win, and that issue has yet to be resolved. At the same time, I think it should be mentioned that Daly is fantastic leader for this team who works her a** off every single match, on both sides of the ball. Many results have come on the back of Daly but she needs help, particularly on the defensive end.

‘I don’t think anything is given’: Marisa Viggiano on the mentality to succeed
NWSL Results: Sydney Leroux lifts Orlando over Louisville for a big win