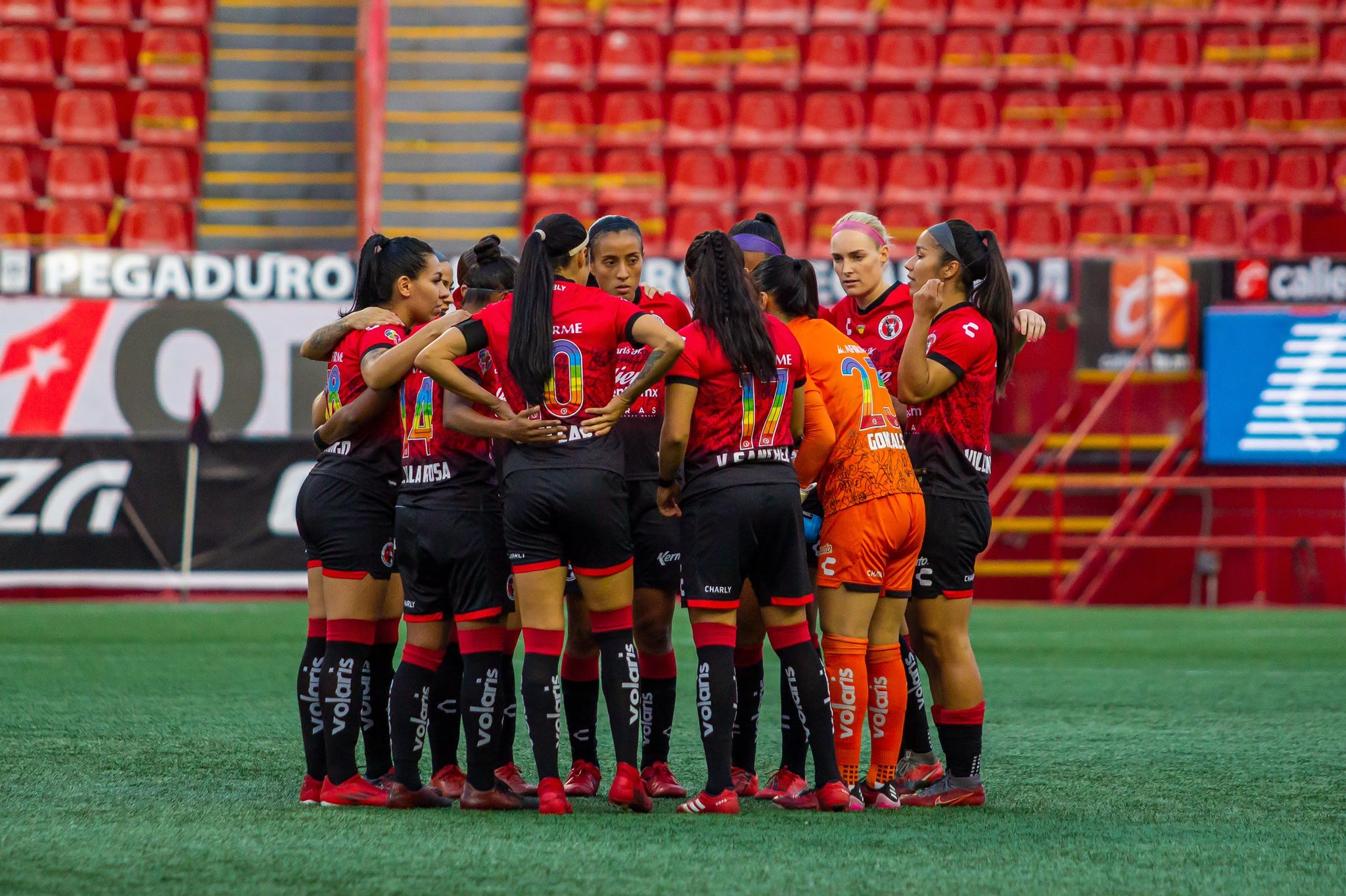 Renae Cuellar was left off the Mexican women’s national team roster for a pair of upcoming friendlies, and took out her frustration out on Club Leon in Monday night’s match. Here’s what went down in Mexico this week in Liga MX Femenil.

It was the Renae Cuellar show on Monday night in Tijuana. The Xolos striker added to her season tally with three goals against Club León, picking up three big points. Dulce Alvarado kicked off the scoring in the 29th minute with an “Olimpico” goal, where the person who takes the corner kick scores the goal.

Then, it was the Cuellar party. Three minutes after Alvarado’s tally, Cuellar doubled the lead. In the 32nd minute, Cuellar calmly hit her penalty past Club León goalkeeper Maria Martinez. In the second half, Cuellar struck again in the 65th minute, this time on an open run in front of an empty goal. Martinez came off her line in attempts to clear the ball away from Alvarado, passing the ball to an open Cuellar.

Finally, in the 71st minute, the hat-trick was complete. Cuellar slammed a header off a corner kick past Martinez.

Tijuana’s victory bumped them up to sixth place on a tight table. Club León sits in 11th place and still have realistic hopes for a late playoff push.

Santos Laguna just keeps rolling. On a three-game winning streak now, Santos picked up another three points on the road against Puebla. It didn’t take long for Santos to get on the board, with Daniela Delgado scoring in just one minute and 52 seconds. Delgado dribbled through not one, not two, not three, but four defenders and then took on Puebla goalkeeper Brissa Rangel one-on-one for the opening tally.

Then, it was Puebla’s turn. In the 23rd minute, Maria Aceves equalized after Santos picked up an errant back-pass to Santos goalkeeper Nicole Buenfil and Aceves found herself open for the pass and goal. Right before the halftime whistle blew, Veronica Martins scored in the 44th minute to give Puebla its first lead of the match. Martins chipped the goalkeeper after edging out her defender and claimed the lead.

Santos came back roaring in the second half, though. In the 70th minute, Alexia Villanueva leveled the match. She scored again in the 89th minute, picking up a last minute victory off a one-touch chip over Rangel.

Santos still remain in fifth place, but are eyeing Club América down for the No. 4 spot. They have a tough task ahead of them in Week 9: second-place Chivas comes to town.

What in the world is going on with Atlas? After a fast start to the season, Atlas has now lost their last two matches. Alison Gonzalez has been left off the scoresheet now for three-straight weeks — Atlas drew 0-0 with Pumas in Week 6.

Chivas scooped up all three points as they chase down Tigres for the top spot. Alicia Cervantes scored the game’s only goal in the 57th minute on a penalty, which was called after Gabriela Valenzuela was taken down in the box by Atlas defender Julissa Davila. Cervantes lined up for the penalty and sent her shot to the right side of the net.

Chivas, as the story has been this whole season, is staring down Tigres for the top spot on the Apertura table. Tigres has not dropped a match this season, and both sides have won their last five matches. However, back in Week 2, Chivas drew with Cruz Azul, dropping a couple points.

Chivas and Tigres will meet up on Oct. 18, in Guadalajara, during Week 13.

Mexican women’s national team head coach Monica Vergara named her roster for the Sept. 21 friendly against Colombia, which will be held in Mexico City at the Azteca at 8 p.m. ET.

The full roster is as followed.

Of course, the name jumping out as being left off the roster is Stephany Mayor of Tigres, along with Cuellar of Tijuana.

*All Times in Eastern Time; Matches right before the international break.