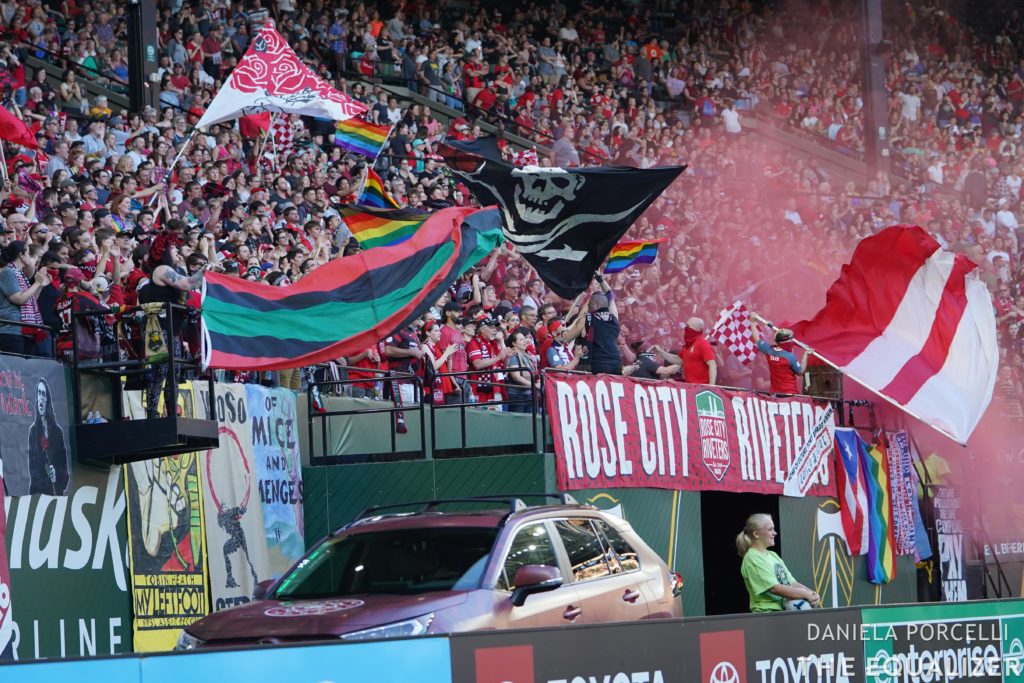 The eighth National Women’s Soccer League Championship will be decided at Providence Park in Portland. NWSL commissioner Lisa Baird made the announcement during halftime of Sunday’s match between Orlando Pride and Houston Dash. The news was first reported by The Equalizer’s Dan Lauletta earlier Sunday.

The deciding match of the 2021 season will take place Saturday, November 20 and be televised over the air by CBS at noon ET — a 9 am local kickoff time. This will mark the third time the NWSL Championship has landed in Portland. In 2015, the first year the game was moved to a pre-determined site, FC Kansas City defeated Seattle Reign FC, 1-0. Three years later, in 2018, the Thorns played in the match at their home park but were defeated 3-0 by the North Carolina Courage in front of a raucous, sellout crowd of 21,114. Providence Park has since expanded capacity, which will give this year’s game a chance to top that record attendance if COVID-19 protocols allow.

There has been a push among some NWSL owners to return the league’s final to the home field of the higher-seeded participant, as was the case in 2013 and 2014. However, the pre-determined format won out again in 2021.

Currently, fans are required to wear masks (ages 5 and up) as well as show proof of vaccination (ages 12 and up) or a negative COVID-19 PCR test within 48 hours in order to obtain entry to Providence Park.

“We’re excited to bring the NWSL Championship back to Providence Park,” Baird said. “Portland is a fantastic soccer city with a passionate fanbase, and we’re confident the stadium will provide a wonderful atmosphere to celebrate the culmination of the 2021 season.”