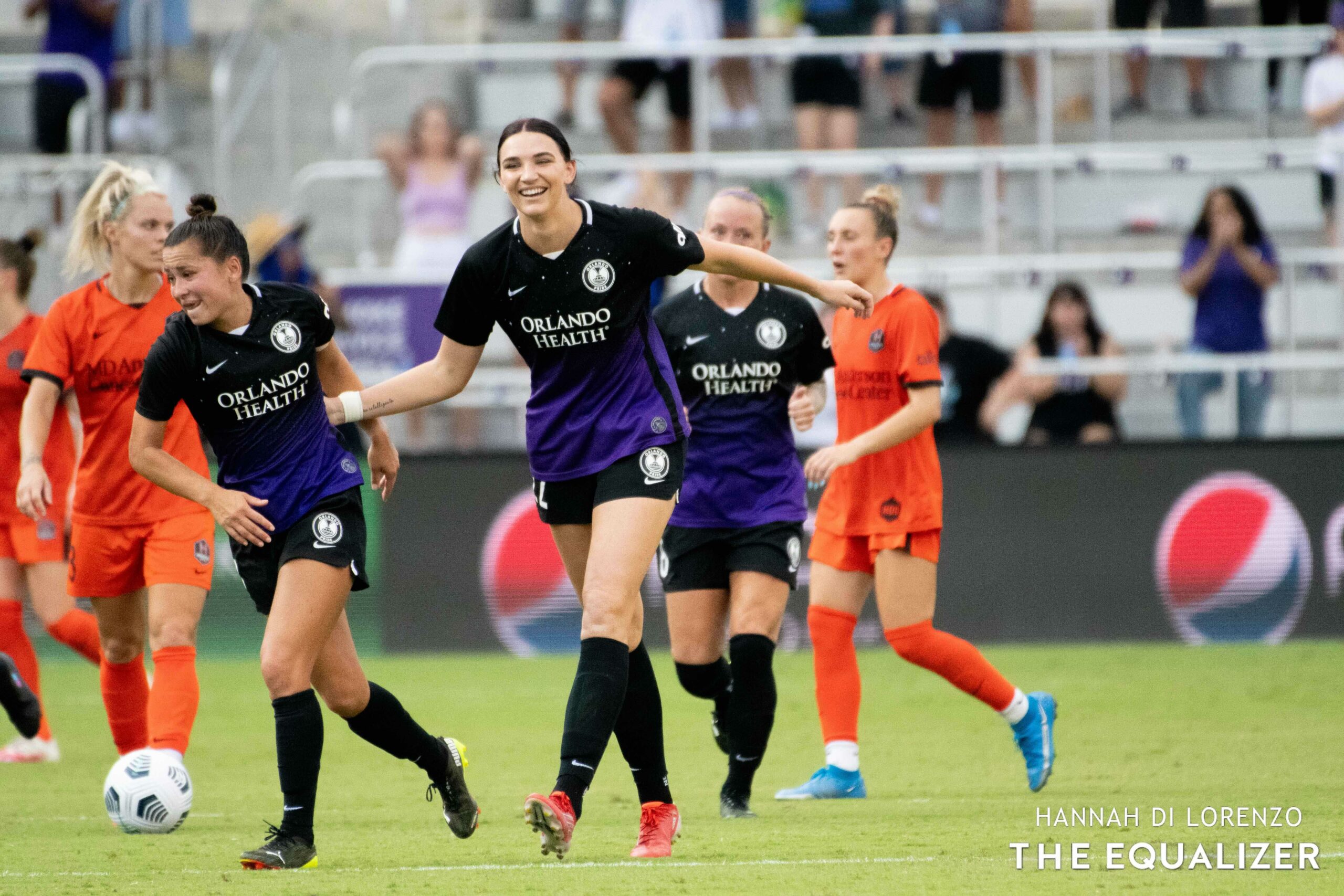 There were two games in the National Women’s Soccer League on Sunday: the Space Race rematch came to Orlando, broadcast on CBS, followed by North Carolina’s visit to Kansas City.

The Skinny: The Dash came out swinging away from home. They put a lot of early pressure on Orlando and were rewarded with possessions in their attacking third. The goal came ten minutes in when Shea Groom tried to slip the ball in behind for Nichelle Prince, Ali Riley got to the ball first but there was a major miscommunication with Amy Turner and Rachel Daly beat everyone to it, smashing it far post.

Houston looked dangerous after this mostly on the counterattack and set pieces, as they had all their players back to defend. Houston’s defense meant Orlando had a good amount of possession but couldn’t get it close to goal, all the bodies in the way kept the Pride away from the box, forcing almost exclusively long shots.

Orlando came out of halftime with good energy, but it was more of the same. They had possession and good build up play, but they weren’t getting anywhere with it. Fifteen minutes in to the second half Ashlyn Harris got a knock to the head that forced her out of the match she had already made a couple huge saves in. Canadian Gold Medalist Erin Mcleod replaced her and held strong for the rest of the match. Either the stoppage giving them time to discuss, or the injury to their captain, really fired the home team up. The always heated Space Race got particularly chippy from this point on. Both teams made several substitutions hoping to change the game, one did. Taylor Kornieck came on and scored the equalizer five minutes later with a header off the corner kick.

Both teams continued to push for another but even the ten minutes of stoppage time couldn’t find either side a winning goal.

One Key Moment: Houston had a couple chances to double their advantage in the first half but Ashlyn Harris once again came up huge for her club. These 35’ saves kept the Pride in the game and allowed them to come back and steal a point in this one.

Inside the Game: Overall, the match was fairly even and this is a fair result for both sides. Orlando had been growing into the game since being scored on, and even though they didn’t get close to goal often, they were threatening and controlling possession. On the other hand, Houston will feel they should’ve held on for all three points in this one having held the lead for 70 minutes. So, the Dash’s struggles closing out games defensively continue.

The Skinny: North Carolina earned a fifth straight straight shutout — all with Casey Murphy in goal — to tie the NWSL record for consecutive clean sheets, set by the Reign in 2016. Murphy made six saves on the day to preserve the clean sheet.

Kansas City remains bottom of the NWSL table but adds to their slight progression after winning twice in August. They out-shot, out-passed and out-possessed the Courage.

One Key Moment: Adrianna Franch was strong in net on the other side of the field, for Kansas City, and made notable 1-v-1 saves on Jess McDonald in the first half and Lynn Williams in the second half. Williams’ breakaway deteriorated due to a poor touch. But this opportunity for McDonald was denied thanks to Franch’s quick reaction to close space, and it kept North Carolina off the board early.

Inside The Game: North Carolina showed up to Kansas City shorthanded and adjusted the formation to a three-back to try to account for injuries. The result was very much what would be expected from a team playing a completely different formation than it is used to: a somewhat disjointed outing. That made the draw all the more valuable to the Courage. McDonald, Williams, Amy Rodriguez and Debinha interchanged up top for what at times had the feeling of a four-front. The setup ultimately felt like a bit like Paul Riley’s 3-6-1 experiment in Portland in 2015: fluid, but almost to a fault. The Courage won’t be abandoning the box midfield any time soon; they just need to get some healthy bodies back on the field.

Mariana Larroquette and Kristen Hamilton asked the most questions of the Courage’s makeshift defensive setup, forcing Murphy into several of her saves on the night. Hamilton has been a particular bright spot since arriving in a trade from North Carolina, instantly slotting in as a starter for Huw Williams.

Portland to host 2021 NWSL Championship
Kassouf: The NWSL’s venue dilemma is neither new nor unique