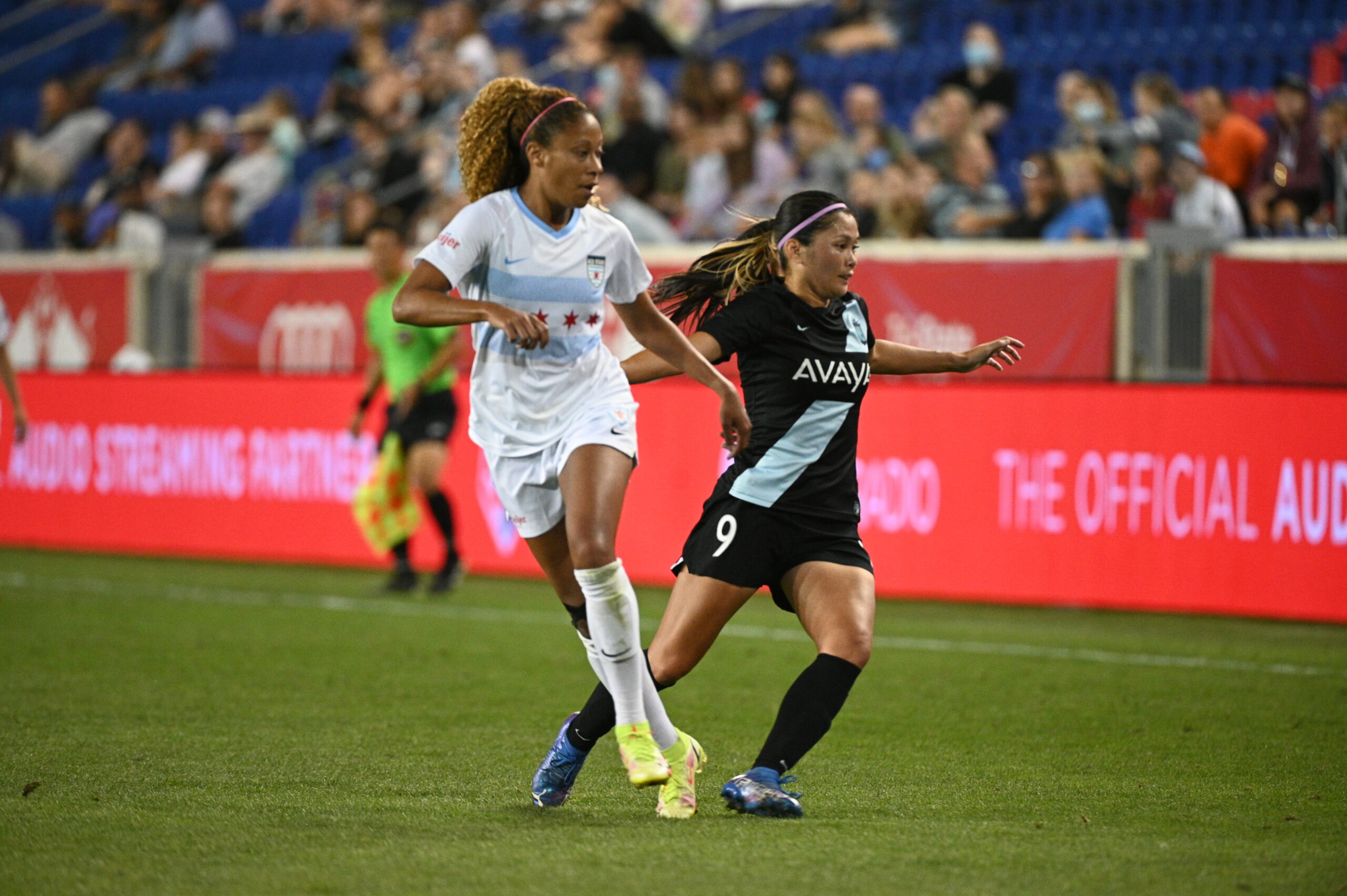 As the match up between the Portland Thorns and Washington Spirt was cancelled “due to COVID-19 health and safety protocol concerns on the Spirit,” there were just two games on tap in the National Women’s Soccer League on Saturday evening. Catch up on the action below.

The Skinny: Racing Louisville came out firing at home, forcing a few big saves out of Sarah Bouhaddi early on. But it wasn’t until 23’ that they finally broke through on a quick counterattack. Cece Kizer sent the ball in behind for Nadia Nadim, Alana Cook slid in but couldn’t get enough on it, leaving Nadim one on one with the keeper. Bouhaddi got a hand to it but couldn’t keep Nadim’s bullet out of the back of the net.

The second half was very different, the Reign came out with tons of energy pushing and creating chances, but the biggest change came with the entrance of Jess Fishlock and Quinn into the match. With thirty minutes to go the Reign were controlling proceedings but they were still not clinical enough shooting. With fifteen minutes left the visitors finally equalized through, now, league leading goalscorer Bethany Balcer, her eighth goal of the season.

Heading into stoppage time it looked like Reign would steal all three points on the road when Jess Fishlock scored, but it was called back for offside. Instead, the game ended with each team getting a point, moving OL Reign into second for the time being.

One Key Moment: In the 90th minute, it looked like Jess Fishlock had scored a winner. It was called offside. After the match, both Jess Fishlock and head coach Laura Harvey were adamant that based on the video they’d seen it was not offside. It is hard to tell from the broadcast angle, but this call cost OL Reign a critical 2 points. The league has said it is looking into improving refereeing but as of right now it is still questionable.

Inside the Game: The impact of Jess Fishlock and Quinn on their team and this game can’t be overstated. The players they replaced were in no way playing poorly, but somehow the Welsh and Canadian international completely changed the dynamic. Quinn in the deep lying midfield position gives players like Dzsenifer Marozsán, Rose Lavelle, Fishlock and Sofia Huerta the freedom to attack and play their beautiful passing football. Huerta was particularly influential in this game, appearing at outside back for the third game in a row. She defended well while bringing lots of attacking threat up the wings and delivering quality crosses, one of which was the assist for the equalizer.

The Skinny: On Saturday night at Red Bull Arena in New Jersey, the visiting Chicago Red Stars dominated play for long stretches against Gotham FC, but couldn’t find a winner. The Red Stars’ quality chances on goal started in just the third minute of play, when Casey Krueger’s shot inside the area hit the Gotham post but stayed out.

Gotham’s only chance of the half came in the 25th minute, when the ball fell to Carli Lloyd unmarked on the top of Chicago’s six-yard box, but her header sailed wide of goal.

Chicago kept up the pressure after the halftime break, forcing Gotham keeper Kailen Sheridan into successive saves on Mallory Pugh and Katlyn Johnson in the 47th minute. Kealia Watt in particular was quite active throughout the match, and had numerous chances on goal throughout. Her best came in the 75th minute, when she got in on goal and forced Sheridan into a 1-v-1 save. Gotham, who was quiet in attack for most of the match, pressured Chicago to defend late, when substitute Evelyne Viens unleashed a shot that was blocked and sent out for a corner with just minutes remaining. But no goals were in the cards for this one.

One Key Moment: Just minutes into the second half, Sheridan came up big to maintain her clean sheet. Pugh made a fantastic run into the 18, beating Estelle Johnson on the dribble on her way in. But Pugh’s shot was saved point-blank by Sheridan, and the rebound fell to Katlyn Johnson. Sheridan got across quickly to block the second shot, and the ensuing rebound fell to Watt, who was offside. It was a player of the match performance from Sheridan.

Inside the Game: Red Stars fans will likely feel a bit disappointed with this result, as a dominant performance on the road – with as many as six shots on goal, compared to Gotham’s zero – did not result in a win. The good news is the Red Stars attack looks to be firing well heading into the latter portion of the NWSL regular season, with multiple players getting quality chances on goal, including Krueger, Pugh, and Watt. The team’s passing and movement were highlights as well. On the flip side, that’s now seven games without a win for Gotham – four losses and three draws. What’s more, the home side didn’t create many chances on the night, besides the half chance by Lloyd early and the late one by Viens.

Post match, Sheridan did shed some light into what must have been a tough week for Gotham – and new head coach Scott Parkinson – as she mentioned the team were able to train just two days this week due to Hurricane Ida.

The Lowdown: Why is the NWSL so hard to love?
FAWSL Week 1 Roundup: London is red with Arsenal’s win over Chelsea