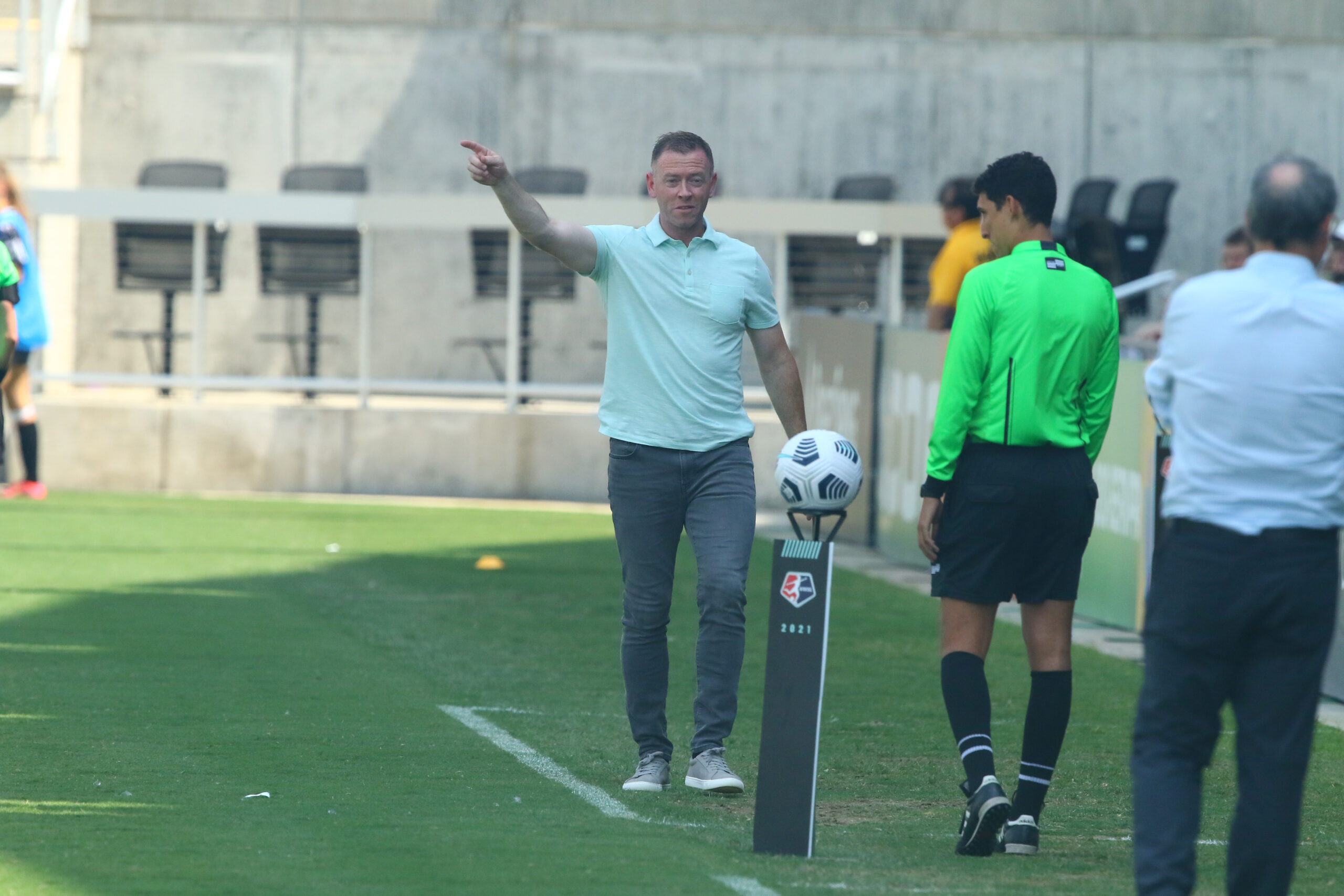 Racing Louisville FC has fired head coach Christy Holly. The club announced on Tuesday that Holly’s contract was terminated “for cause.”

Mario Sanchez, who is the head of the youth academy system for Soccer Holdings — the owners of Racing Louisville and brother club Louisville City FC — will serve as Racing’s interim head coach until a permanent hire is made.

Holly was the first head coach in history of Racing Louisville, which began play in the National Women’s Soccer League as an expansion team this season. He previously coached at Sky Blue FC (now NJ/NY Gotham FC) in 2016 and 2017. He left the team mid-season amid some controversy and eventually became engaged to Christie Pearce Rampone, who was a player for that Sky Blue team at the time.

At the time of Holly’s hiring by Louisville last year, The Equalizer asked him about his exit from Sky Blue and some of the speculation around it. Holly said there were many inaccuracies in rumors which had circulated but he declined to elaborate, saying he would not “throw people under the bus.”

“I’ve seen everything,” he said in August 2020. “I’ve heard every ridiculous, irrational idea that [has] been put forward. I haven’t seen the truth yet. I’ve seen some extremely hateful messages. I guess that is the social media platform that is presented to people.”

Holly’s name has also appeared in documents leaked regarding the ongoing visa fraud scandal involving Global Premier Soccer (GPS), a now-defunct youth club which used professional soccer teams for wide-ranging visa fraud. Several NWSL teams have been listed in documents regarding GPS. Nobody with known connections to the league, including Holly, has been charged to date.

Sanchez, whose first game in charge as interim manager will be Saturday at home against OL Reign, holds a USSF A license and was previously an assistant coach for multiple Division 1 men’s soccer programs.