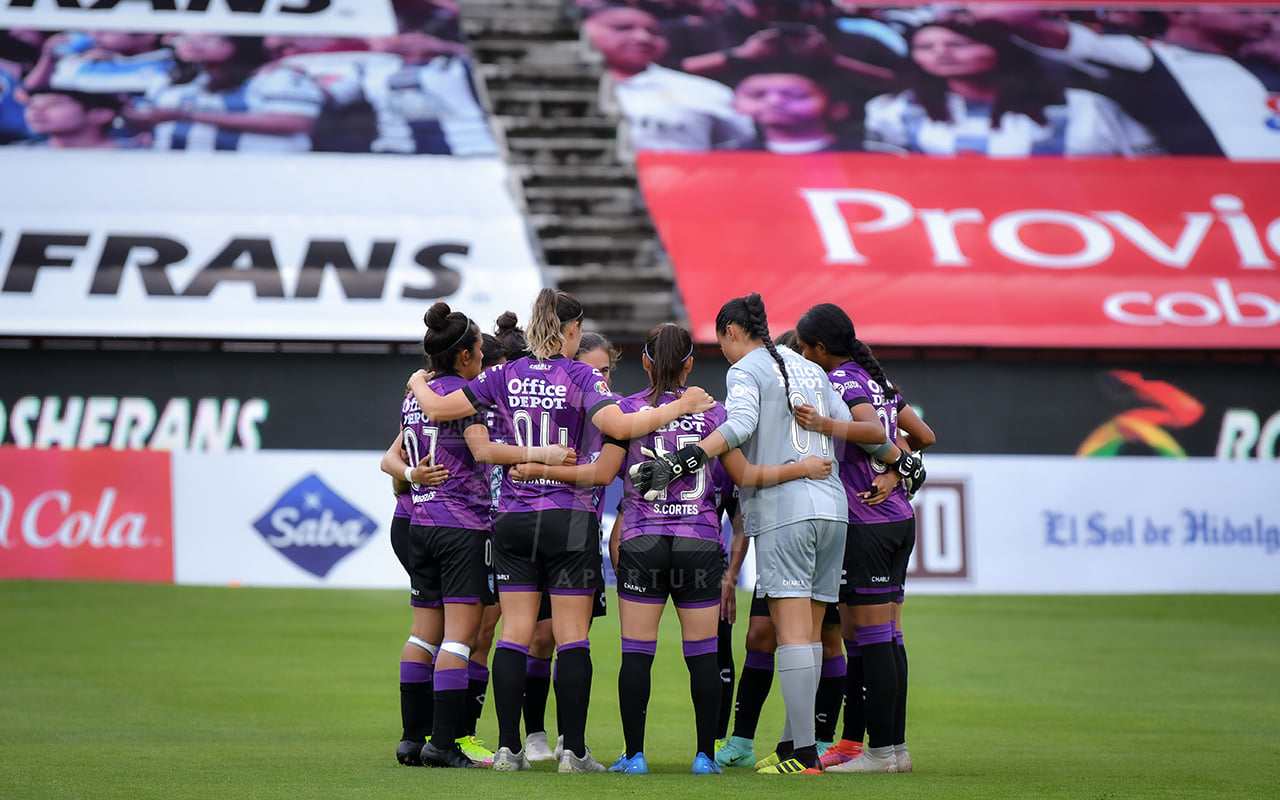 Liga MX Femenil does not disappoint with the action. This week, plenty of fireworks took place around Mexico, including a potential opportunity for a league player to win the Puskas Award or at least goal of the year.

You’re not reading that score line wrong. Pachuca trampled over Puebla on Monday night, posting a 6-2 victory for their home fans. Pachuca leaped over Puebla for the eighth place spot. The two teams are tied on points, but after this victory, Pachuca has the upper hand on goal differential.

The match started out fairly even. Esbeydi Salazar scored the opening tally in the 12th minute off a left-foot strike inside the box. Two minutes later, Veronica Martins of Puebla twisted and turned to evade her defender and slot her shot past the goalkeeper. Then, the downfall began for Puebla.

Salazar retook the lead for Pachuca in the 21st minute, baiting goalkeeper Siena Ruelas to come off her line and leave the net empty. Monica Ocampo scored in the 26th minute on a penalty kick aimed to the left side of the net. To close out the first half, Lucero Cuevas put herself on the score sheet before the whistle blew.

Cuevas opened up the second half scoring in less than a minute, finding herself wide open in the box to receive an unselfish pass from Ocampo for the tap-in goal. Puebla found the back of the net for a second consolation goal in the 70th minute, but Veronica Corral of Pachuca silenced any chance at a comeback with a 74th minute first-touch shot inside the box, simply out-running her defender to get herself open.

The goal differential will come in handy for Pachuca in the long run of the Apertura season — especially if they find themselves fighting for the coveted eighth place, and final, playoff spot.

If you joined us last night for live-tweeting of this match, you would have thought Toluca might provide the upset. For about 65 minutes, the match was a toss up between both teams. Each side was getting good looks on net, and Toluca goalkeeper Wendy Toledo was certainly earning her keep.

However, in the 66th minute, Toluca gave up a penalty — a preventable handball in the box. Katty Martinez coolly lined up her shot and sent it past Toledo. It almost seemed liek the match would end like that, a handball call and a penalty for Tigres. However, the first-place team in the Apertura had other plans. Starting in the 85th minute, Tigres scored three goals within the span of seven minutes.

Greta Espinoza added to Tigres’ lead with a powerful header on a corner kick. In the 89th minute, captain Stephany Mayor picked up a pass from Maria Sanchez inside the box and tapped it past Toledo. The final nail in the coffin came from Maria Elizondo. All that can be said from the fourth and final goal is that it deserves a look from whoever decides the nominations for the Puskas Award.

Tigres sits in first place with 21 points. Chivas is hot on their heels with 19 points. However, scoring three goals within seven minutes simply shows just how dangerous the team that won the Clausura last season really is.

There are two tales of the story here for this match. Santos Laguna has quietly been having fantastic performances. However, they are not as popular as Tigres or Chivas, so it’s gone relatively unnoticed. Meanwhile, Cruz Azul continues to slide down the table, now sitting in 10th place.

Alexia Villanueva only took two minutes to find the opening goal on a corner kick. Cruz Azul had trouble clearing the ball away and Villanueva, surrounded by three blue Cruz Azul shirts, had a “half-bicycle kick,” flicked into goal. Villanueva added a second goal in the 32nd minute — in between a tally from Cinthya Peraza — by shooting up and over Cruz Azul goalkeeper Maricruz Gonzalez.

Alexxandra Ramirez scored the final goal early in the second half. In the 48th minute, Ramirez took a shot close to the touchline, angling it into goal after catching Gonzalez off her line. The angle was tough and the strike from Ramirez is highlight reel worthy.

Santos Laguna has scored 10 goals in the last two games. In addition, Santos is on a six-game unbeaten streak.

Sarah Luebbert earned her first start in Club América’s win on Monday night. After the match, Craig Harrington, who worked with Chicago Red Stars head coach Rory Dames as an assistant, said that Luebbert has been in Mexico training with Club América for two weeks.

“For Sarah, it’s nice to get her some minutes,” Harrington said post-game. “She hasn’t played in a long time. I know what she can do, so we have to get her some more time. We felt that this was the right time for her; she deserved to play after her performances in training.” Harrington noted that the deal is a loan with the Chicago Red Stars of the NWSL and that the team will evaluate in November/December on a potential loan extension or buyout.

Mexico to face Colombia on Sept. 21

Be on the lookout for a roster from Mexico and head coach Monica Vergara in the coming weeks ahead of Mexico’s home friendly against Colombia in Mexico City at the Azteca. The match will be at 8 p.m. ET on Tuesday, Sept. 21, during the international window.

Five U-23 players to watch this FAWSL season
FAWSL 2021-22 season preview: One burning question for each team