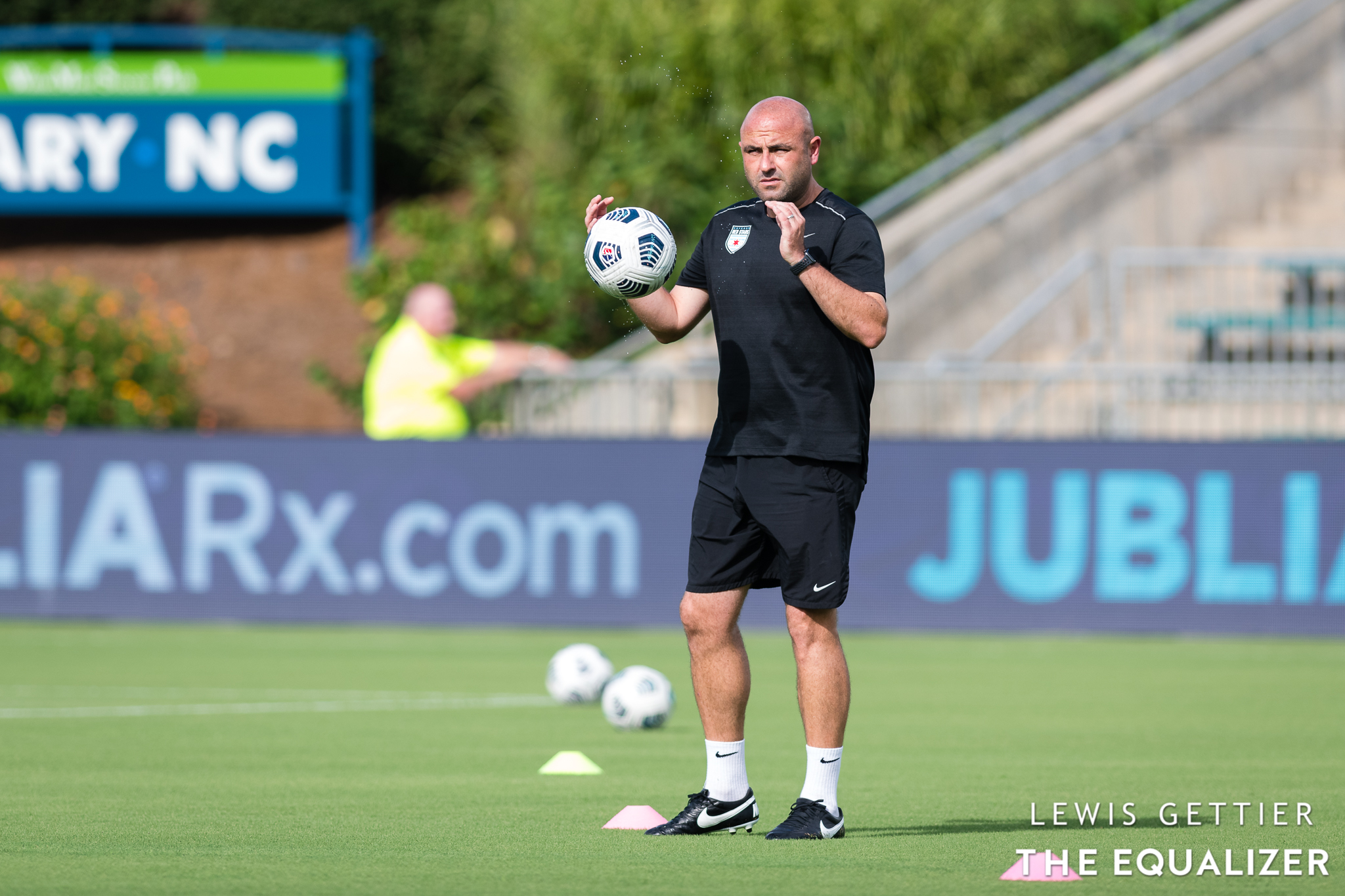 Hiring a new head coach midseason was not the first order of business Yael Averbuch West had in mind when she took over as interim general manager of NJ/NY Gotham FC in early August. It was, however, the position she found herself in when Freya Coombe was swooped away by 2022 National Women’s Soccer League expansion team Angel City FC. On Tuesday, Gotham FC named Scott Parkinson as the team’s new head coach. Former NWSL standout Beverly Goebel Yanez will serve as Parkinson’s first assistant coach.

Parkinson takes on his first professional head-coaching gig after serving as an assistant for two different NWSL teams over the past four years: now-defunct Utah Royals FC, and the Chicago Red Stars. He and Yanez arrived in New Jersey Monday, one day after Coombe’s final game in charge. Gotham led the league at one point early in the season, but currently sits in seventh place, two points out of playoff position, having gone winless in six straight.

“We know this league; the players know this league,” Parkinson said. “We know how good they are. They know how good they are. And I think the message for others is, let’s dust ourselves down, let’s bring a new outlook, a bit of freshness and some passion, some energy, and work on the things that we’re really good at and then just get to playing. Right now, there will be no pressure from us on the players.”

Averbuch West called the coaching search extensive and said she spoke with a diverse group of candidates, from those based in Europe, to college coaches, and those with NWSL experience.

Access the best women’s soccer coverage all year long
Start your FREE, 7-day trial of The Equalizer Extra for industry-leading reporting and insight on the USWNT, NWSL and beyond.
Subscribe
Existing Users Sign In Here
Related TopicsBeverly YanezExtraFeaturedScott Parkinson

The Equalizer Podcast: Heading into the final third of the regular season
Racing Louisville fires Christy Holly ‘for cause’