Good vibes, and some necessary history building at The Women’s Cup 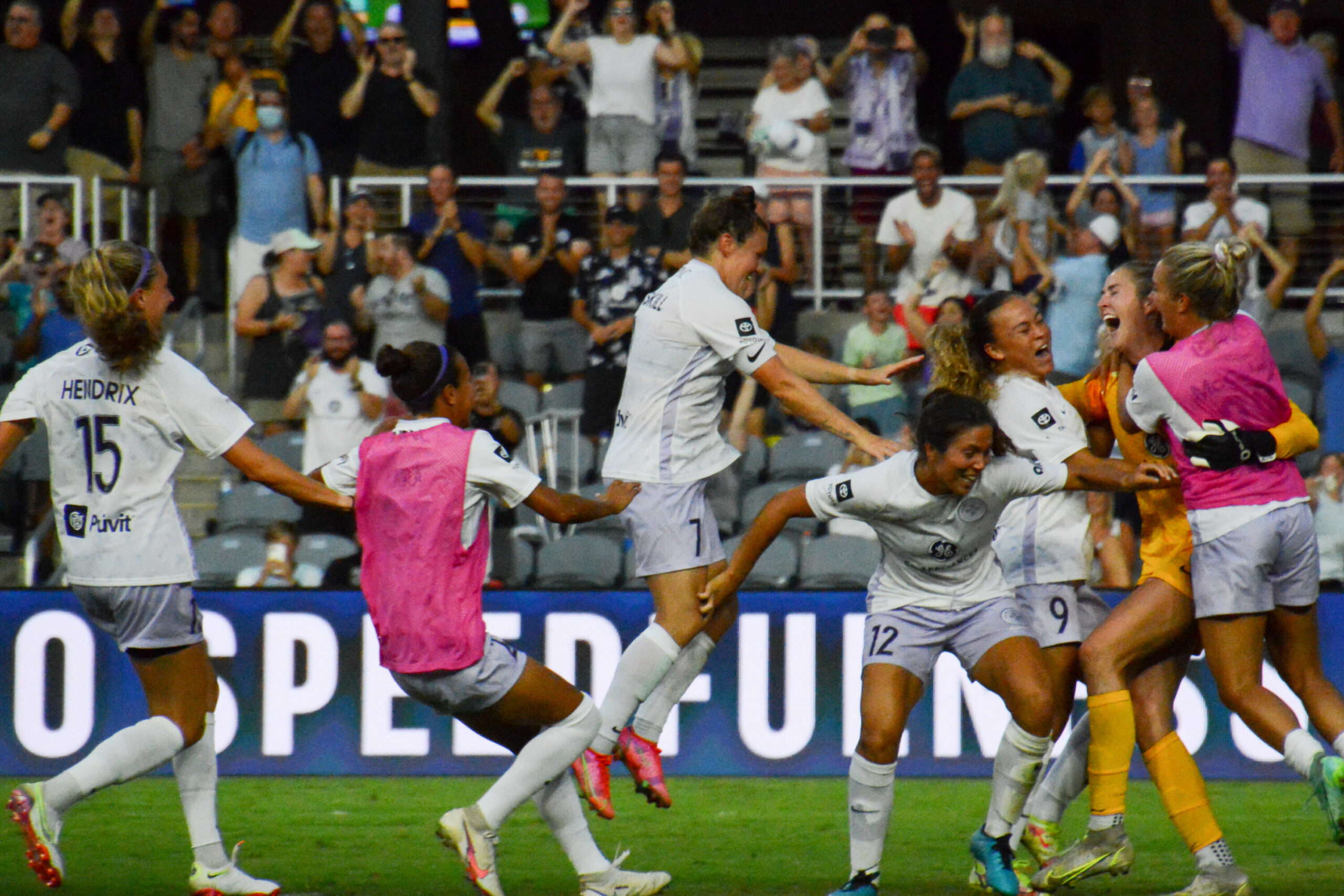 LOUISVILLE, Kentucky — On a muggy Wednesday afternoon in the Gateway to the South, one would be forgiven in assuming the reception for the first game in The Women’s Cup doubleheader — a friendly between Bayern Munich and Paris Saint-Germain — might be a little muted. The game itself was a scintillating example of very collegial competition, a bit of calm before the storm that would be the National Women’s Soccer League cross-matchups the following Saturday.

Bayern participated as the nominal home team, and they would go on to advance in penalty kicks after an excellent 2-2 match that saw some individual brilliance from PSG and very focused team intensity from the German champions. And as the crowd began to pick up in Lynn Family Stadium, sometime around the 60th minute, the drums near the Louisville supporters section began to unexpectedly sound out for the ‘home’ team.

If The Women’s Cup, in its first year, might have felt nationally like a muted counterpart to the International Champions Cup — which took place in Portland, Oregon, the same week — it did everything to make up for the pomp and circumstance by providing some low-key fun. From the mascot participation to Bayern head coach Jens Scheuer joking around in post-game media about enjoying some local bourbon (only a little, he said, he’s on a business trip), the energy that permeated both match-days was one of friendly collaboration more than an overly serious competitive edge.

The Lowdown: How will Press, Coombe shape Angel City on the field?
NWSL Results: KC picks up revenge win over Racing; Thorns hold on to defeat Gotham