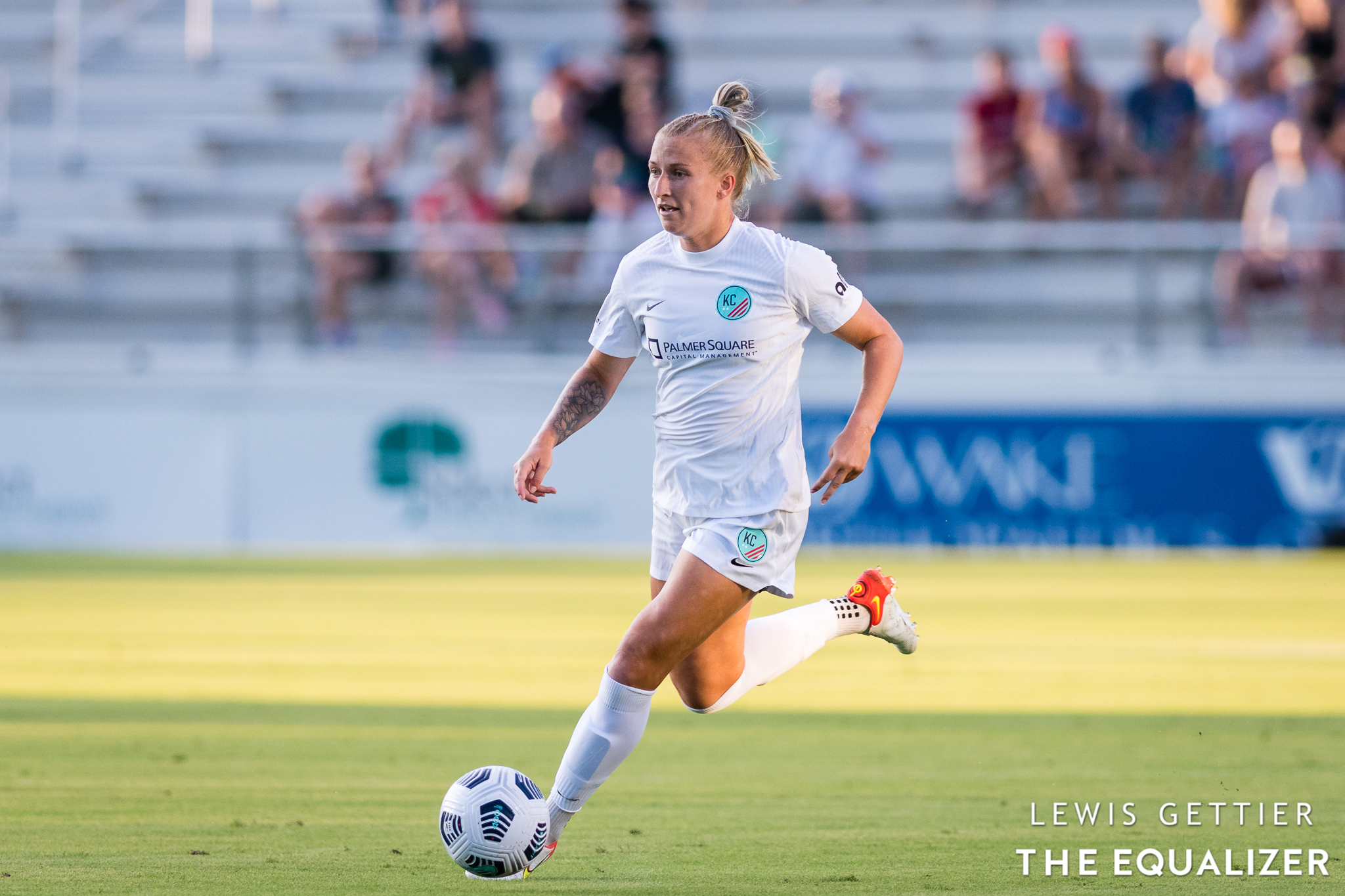 Midweek action in the NWSL featured a revenge win for Kansas City and action from Portland, Oregon.

The Skinny: Kansas City extracted revenge on Racing Louisville with a 2-1 victory at home in front of fans at Legends Field. The two sides met up just a couple weeks ago on Aug. 8, in Kentucky, and the result was in the favor of Racing Louisville. However, the two sides look a bit different now too. Kristen Hamilton and Hailie Mace have settled in the Kansas City system under Huw Williams, and Adrianna Franch was recently traded to Kansas City — her hometown club — from the Portland Thorns FC.

The victory gave Kansas City three points, but it isn’t enough to get them out of last place. Racing, coming off their Women’s Cup victory and trophy-lift after beating the Chicago Red Stars in the semifinals and Bayern Munich in the final, looked tired and flat. They currently sit in ninth place with 16 points.

Cece Kizer did score a consolation goal in the loss for Racing Louisville.

One Key Moment: The entire sequence that led to Kristen Hamilton’s goal — in her 100th NWSL appearance — was flawless. Kiki Pickett maneuvered her way on the defensive end to take the ball away from Erin Simon — who had a rough evening, as she scored the first goal, but for Kansas City on an own goal. Pickett sent the ball up to Mace who flicked it over to Hamilton. The veteran striker has found her groove in Kansas City — and could warrant another U.S. women’s national team call up — and cooly slotted home the goal.

Inside the Game: Will Kansas City make the playoffs? It’s unlikely, sitting at the bottom of the table with 10 points. However, Huw Williams was patient and when a trade opened up to get key players like Franch, Hamilton and Mace, he swooped in. All of those players have helped to improve the quality of play in Kansas City. The building blocks are in place for a better 2022 season. However, Kansas City is focusing on how they finish this season — not how they started.

The Skinny: In front of a big Wednesday night crowd the Thorns extended their unbeaten run in the league to eight matches and their first place lead to five points over the next closest team, ten points above the third place team. The first half was all Portland, creating tons of chances and controlling possession. Sophia Smith wreaked havoc on the defense for 45 minutes straight, contributing a goal and drawing the penalty for the game winner. Last year’s number one overall pick opened the scoring thirty minutes in, swiftly dispossessing the Gotham center defender right on top of their box and releasing the shot into the back of the net. It was brilliant play and individual work rate from the young striker who seems to just keep getting better and better. Ten minutes later she drew the penalty kick that was easily converted by Christine Sinclair to double Portland’s lead before halftime.

The second half was an entirely different story as it was Gotham in control. Gotham fully controlled possession and got really good chances on goal. With just over ten minutes left to play Carli Lloyd pulled one back for Gotham with her header on Caprice Dydasco’s terrific service. It was a pretty goal but Gotham squandered too many late chances and the Thorns first half goals got them all three points.

The Thorns will next play OL Reign at Lumen Field in a historic double header rivalry match with MLS’s Sounders and Timbers. If you have the ability to attend and you don’t already have tickets to what is no doubt going to be an amazing match, what are you doing?

One Key Moment: Player of the match absolutely has to be Sophia Smith. Despite only playing the first half, Gotham did not have any answers for her. She continues to be incredibly difficult for defenses to deal with and the play that drew the penalty is a great example of her intelligence on and off the ball.

Inside the Game: Portland used all five of their substitutes by the time there was twenty minutes left, replacing veteran players on the field with very young fresh legs. The young players, while very talented, did not have the same tendency towards late game management. They clearly wanted to go direct to goal and were looking to score but when they continuously couldn’t convert those chances, they were wide open to Gotham counterattacks. Luckily for them, Gotham didn’t capitalize on these opportunities, but they did completely dominate possession and create a ton of close chances. The young Thorns needed the hold the ball and keep it, but they didn’t and it simply showed their inexperience. They still held on for all three points and created chances of their own, but they left the door wide open for Gotham to tie it up and got lucky that they didn’t.

Another random something to look out for is that Smith’s penalty is the third spot kick that Gotham has conceded in its last two matches, and both times it resulted in game winning goals for their opposition.

Good vibes, and some necessary history building at The Women’s Cup
NWSL Results: Woldmoe, Johnson put on a show in Chicago’s 3-0 win over KC