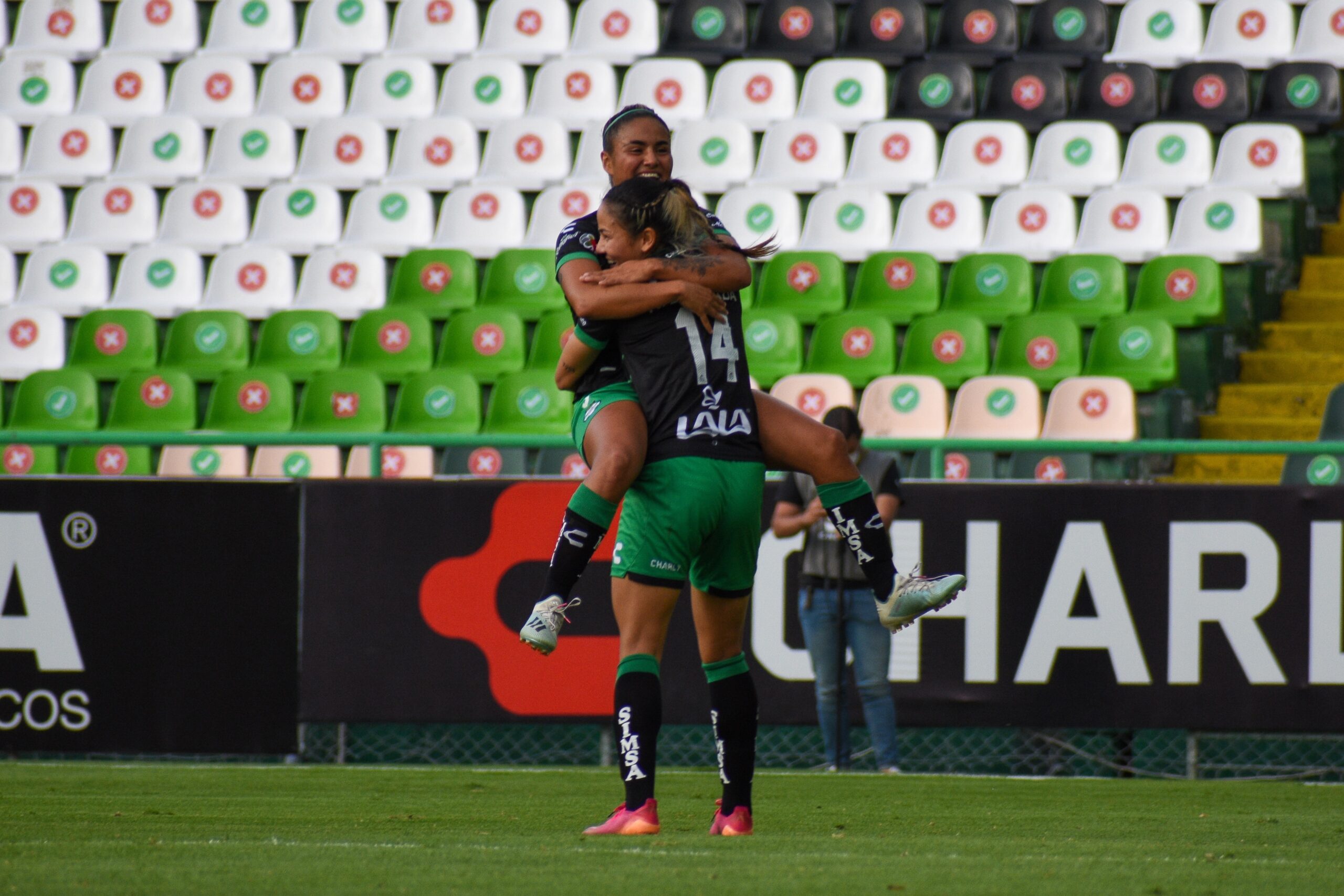 Liga MX Femenil had plenty of goals this weekend and a few even caught the highlight reel on the international stage — courtesy of Querétaro. Teams moved places on the table, and Santos Laguna continued its undercover climb to fifth place.

Santos Laguna will probably kick themselves for not getting the shut out, but putting up six goals on the road against Club León is surely something to celebrate. Santos has been a dark horse in the league, improving toward the end of last year’s Clausura campaign and fighting to the end for a playoff spot. Now, the improvements are taking center stage in Liga MX Femenil.

Five players scored for Santos Laguna, with Cinthya Peraza notching a brace in the second half. Four goals were scored in the first half, too, beginning with Alexia Villanueva’s dribble up to three defenders and finding an open spot to fire her shot. Brenda Lopez added to the lead in the 26th minute after heading a free kick past León goalkeeper Diana Sanchez.

Alexxandra Ramirez volleyed her goal up and over Sanchez in the 38th minute while Peraza shot from about 25-30 yards out with no one guarding her. Estela Gomez scored on an open net after Sanchez came off her line, but missed clearing the ball. Finally, the sixth and final Santos Laguna goal came from Peraza in the 72nd minute off a penalty kick.

Club León, who continue to slide down the table and now sit in 13th place, had a consolation goal in the 56th minute from Daniela Calderon strike at the top of the penalty area.

In their last slew of matches, Santos has been quietly picking up points. However, this was a big win, scoring six goals, and now all eyes are on them. Sitting in fifth place, Santos Laguna can’t go undercover on the table anymore. They have Cruz Azul next, who lost to Tigres this past weekend.

It has not been the easiest year for Querétaro in both the Clausura and the Apertura. Querétaro missed out on the playoffs in the Clausura, trending down to 11th place. This season, in the Apertura, Querétaro sits in the same spot, looking to improve with plenty of season left.

A 4-0 victory at home against Juárez — who is still looking for the first win of this Apertura campaign — will certainly boost confidence. The highlight reel worthy goal mentioned in the introduction came from this match. On Friday night, Jaquelin Garcia scored on a bicycle kick up and over Juárez goalkeeper Diana Garcia in the 45th minute, right before the halftime whistle blew. Even the FIFA Women’s World Cup folks took notice.

Meanwhile, Querétaro had three other goal-scorers find the back of Garcia’s net. Mayra Santana scored the match’s first goal in the 28th minute off a tap-in after some dink-and-dunk passing. In the second half, Maria Ramirez found herself wide open in the box and slotted home the third goal. Leidy Ramos added the final tally after shooting over Garcia inside the box.

Monterrey made news last week after signing Costa Rican international Valeria del Campo, but the new Monterrey defender will have to wait another week to make her debut. This week, Monterrey relied on their veterans to defeat Toluca 2-0 at home.

Diana Evangelista scored only 12 minutes into the match after Daniela Solis unselfishly tapped the ball to her in front of goalkeeper Sandra Lozano for Evangelista to slot in net. Also in the first half, Monica Monsivais scored the final tally off a penalty kick. Lozano dove the right way, but missed making contact with the ball, not diving far enough. Monterrey held off Toluca in order to keep the clean sheet and gain three points.

Toluca has been gradually sliding down the table, now sitting in the 10th place spot. Meanwhile, Monterrey have a nice hold on third place and are neck-and-neck with Chivas to battle for second place.

Concacaf recently put in place a new competition for senior women’s clubs in 2022: the Concacaf W Championship. In addition, in 2024, the first-ever Concacaf Women’s Gold Cup will take place.

Mexico learned its group for the Concacaf W Championship Qualifiers, which will begin in November 2021 and another slew of qualifiers will be in April 2022. There are 30 nations participating in the qualifying events. Essentially, this is pre-World Cup qualifying.

Mexico’s group will include Puerto Rico, Suriname, Antigua & Barbuda and Anguilla. The other groups are listed below.

According to Concacaf: ” The Concacaf W Championship, will take place in 2022 and will serve as the Confederation’s Qualifier to the FIFA Women’s World Cup Australia and New Zealand 2023 and the 2024 Paris Summer Olympic Games.

The eight participating nations, including the USA and Canada, and the six Concacaf W Qualifiers group winners, will be divided into two groups of four teams. After group stage play, the top two finishers in each group will qualify for the competition’s semifinals and guarantee their place in the FIFA Women’s World Cup Australia and New Zealand 2023. Additionally, both Group Stage third-place finishers will advance to a FIFA Women’s World Cup intercontinental play-off.”

Thorns’ win over Lyon embodies all their lofty aspirations
Good vibes, and some necessary history building at The Women’s Cup