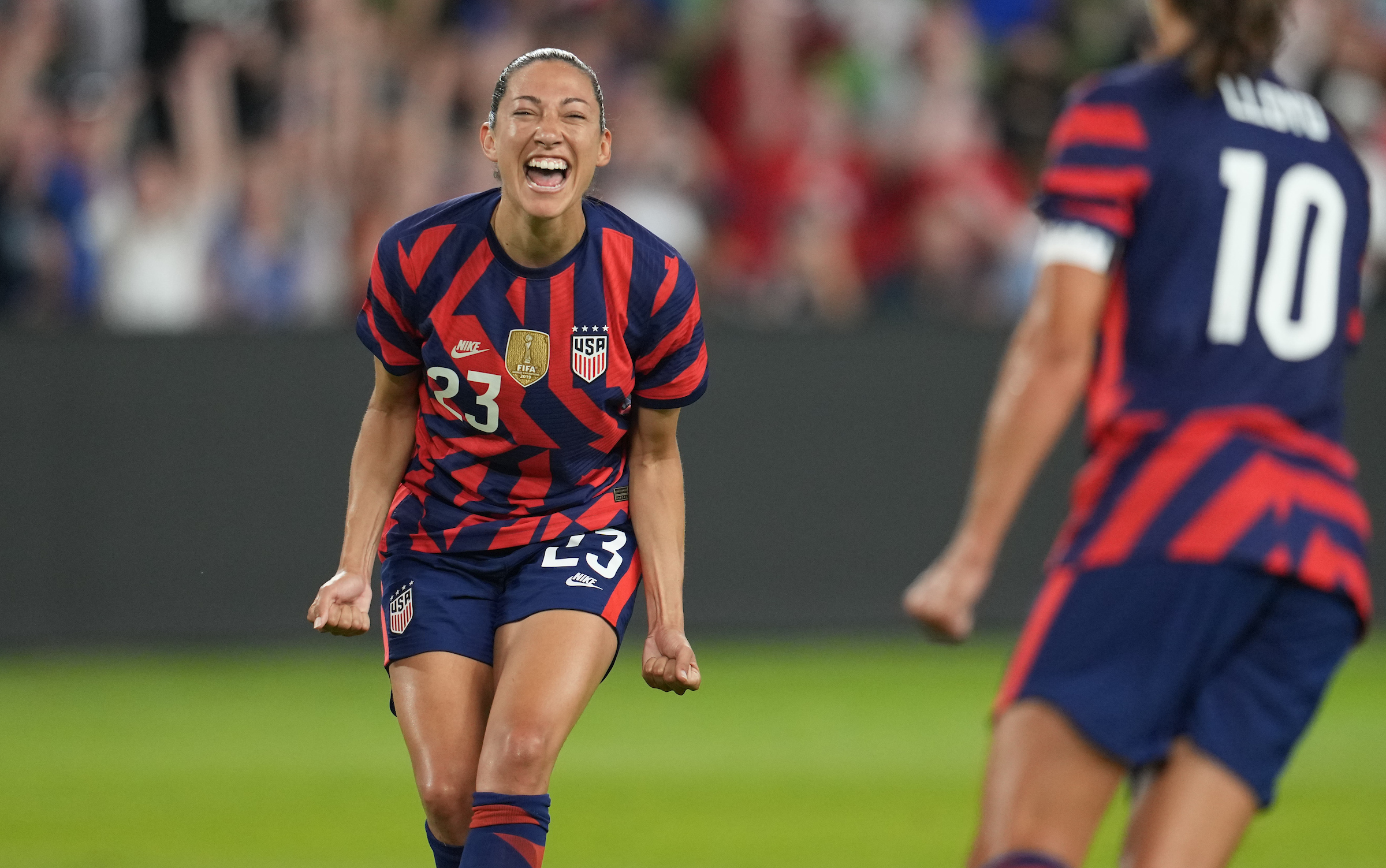 The end-game on Racing Louisville’s 2020 expansion draft is coming into focus. According to a source, the first-year National Women’s Soccer League club has traded the rights to Christen Press to Angel City FC. In return, Racing will receive Angel City’s first-round pick in the 2022 College Draft, $75,000 in allocation money, and full roster protection from Angel City in this year’s expansion draft.

The first round pick is expected to be either first or second overall pending a coin flip with San Diego. Angel City and San Diego will begin play in the NWSL next spring. The roster protection only applies to Angel City; San Diego will also be drafting players.

Racing Louisville drafted Press’ NWSL rights from Utah Royals FC ahead of their first season. At the time, Press was playing in England for Manchester United. Negotiations between Louisville and Angel City have been ongoing.

Press has been one of the top goal-scorers in the NWSL since she arrived in Chicago midway through the 2014 season. She appeared in 12 games that season and scored six goals. The following season, she spent time away from the club to play in the World Cup but scored 10 goals in 11 games to help the Red Stars reach the playoffs for the first time. In her final season in Chicago, 2017, Press connected for a career-high 11 goals.

The Los Angeles-native was traded to Houston on draft day in 2018 but did not report. Following a short return to Sweden — where she played prior to joining the NWSL — Press had her rights traded to Utah and played there in 2018 and 2019. She did not appear in the 2020 Challenge Cup or Fall Series, instead signing with Manchester United.

Racing Louisville also drafted the NWSL rights to Tobin Heath from the Portland Thorns last year. Heath also played the 2020-21 FAWSL season with Manchester United and is a free agent. Louisville still owns her NWSL rights, but sources tell The Equalizer’s Jeff Kassouf that Heath is weighing offers in Europe and is likely to stay in England.