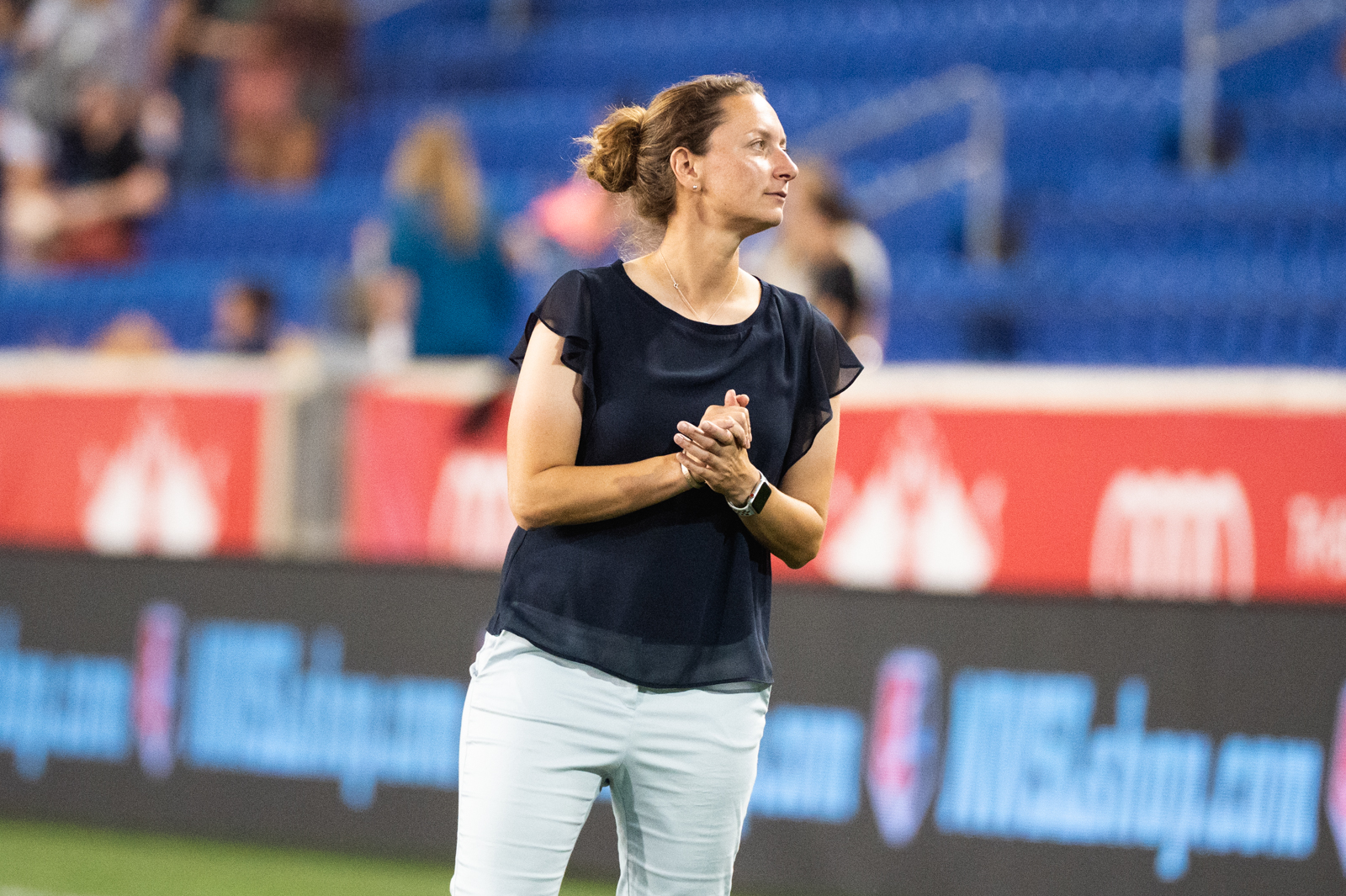 Coombe is currently the head coach of NJ/NY Gotham FC. Angel City FC will kick off its first season in the National Women’s Soccer League in 2022. Angel City FC declined to comment. Gotham FC could not be reached for comment.

Sources close to the situation says that Coombe will likely stay on until Gotham identifies her replacement, which could be imminent. Angel City, after confirming the news, said Coombe would join “after the 2021 NWSL season concludes,” but it could be sooner than that. Gotham tweeted that it would was working on a “smooth coaching transition.” Gotham did not receive any compensation since Coombe’s contract was expiring, and her contract with Angel City begins after the 2021 NWSL season.

Angel City was previously close to hiring North Carolina Courage assistant coach Sean Nahas. The Athletic reported in early July that the deal was close, leading to some criticism from fans who expected the majority-woman-owned club to hire a woman as coach. Angel City then went in a different direction, and Nahas was no longer in the running.

Coombe took over as head coach of Gotham (then under the Sky Blue FC branding) on an interim basis late in the 2019 season before becoming the full-time head coach at the end of the year. Her first year in charge was reduced to a handful of games due to the COVID-19 pandemic. Gotham has emerged as a contender in 2021 under Coombe, making the NWSL Challenge Cup final in May.

Prior to her time with Gotham, Coombe worked in different development settings in the U.S. and England, including at New York Soccer Club and at English club Reading FC. Coombe also previously played for Reading.

Angel City hired Eniola Aluko earlier this year as the club’s first sporting director. Aluko’s first task was to hire a head coach, in addition to building out the roster. She was previously the director of women’s football at Aston Villa.

Coombe’s impeding departure marks the fifth change or pending change to a head-coaching position in the NWSL this season. Marc Skinner left the Orlando Pride for Manchester United in July, and Becky Burleigh took over on an interim basis. OL Reign parted with Farid Benstiti and re-hired Laura Harvey in July. Richie Burke is no longer the coach of the Washington Spirit and has Mark Parsons will leave his post as Portland Thorns coach at the end of the season to become head coach of the Netherlands women’s national team.

Of the 12 teams expected to play in the NWSL in 2022, at least seven of the head coaches will be starting their first full season in charge of their teams (counting Harvey’s return to the Reign).

Rules for December’s expansion draft, which will include Angel City FC and a team based in San Diego, are yet to be confirmed. The Equalizer previously reported some details about how the process will work.

Support year-round reporting on the NWSL by subscribing to The Equalizer Extra!