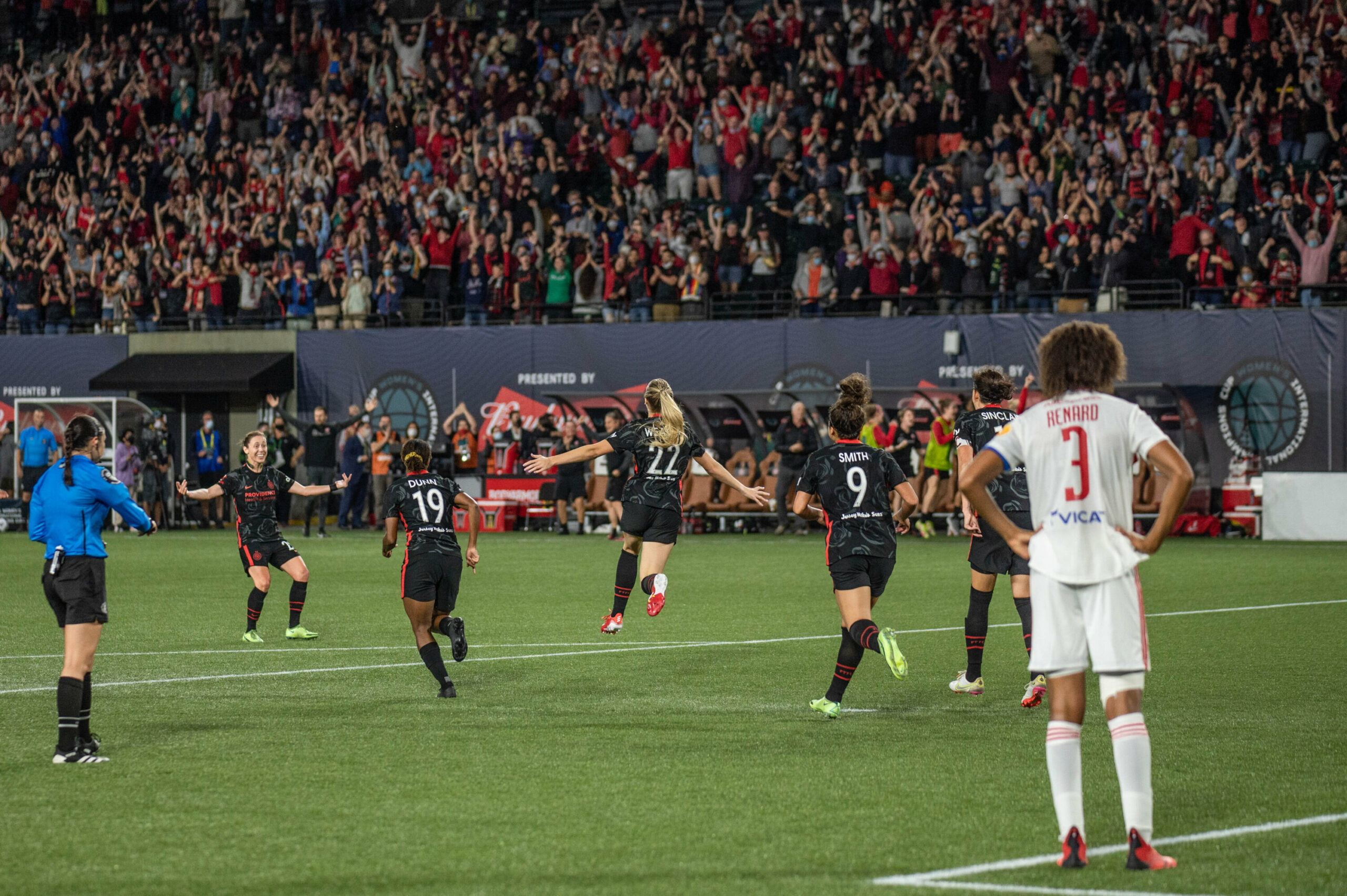 The Portland Thorns won the Women’s International Champions Cup on Saturday with a 1-0 victory over Lyon at Providence Park. Morgan Weaver scored the game-winning goal in the 87th minute. The trophy is Portland’s second of the season after winning the National Women’s Soccer League Challenge Cup in May. The Thorns also lead the league, keeping alive the hopes of four trophies.

Weaver, who has missed significant time lately due to a nagging right ankle injury, came off the bench in the 82nd minute and scored the winner five minutes later.

Racing Louisville FC’s penalty-kick shootout victory over Bayern Munich on Saturday in the final of the inaugural edition of The Women’s Cup made for an NWSL sweep of European teams in the finals of the two competitions.

European champions FC Barcelona took third place in the ICC with a 3-2 victory over the Houston Dash earlier on Saturday.

Former Thorns player Ana-Maria Crnogorcevic scored again for FC Barcelona at the ICC, giving her team the lead in the 34th minute. An own goal three minutes after halftime allowed the Dash — who won the 2020 NWSL Challenge Cup — to equalize, and then Shea Groom put Houston ahead in the 62nd minute, even as Barcelona controlled large stretches of the game.

However, Alexia Putellas came through for Barca, scoring form the penalty spot in the 72nd minute before burying the winner six minutes later.