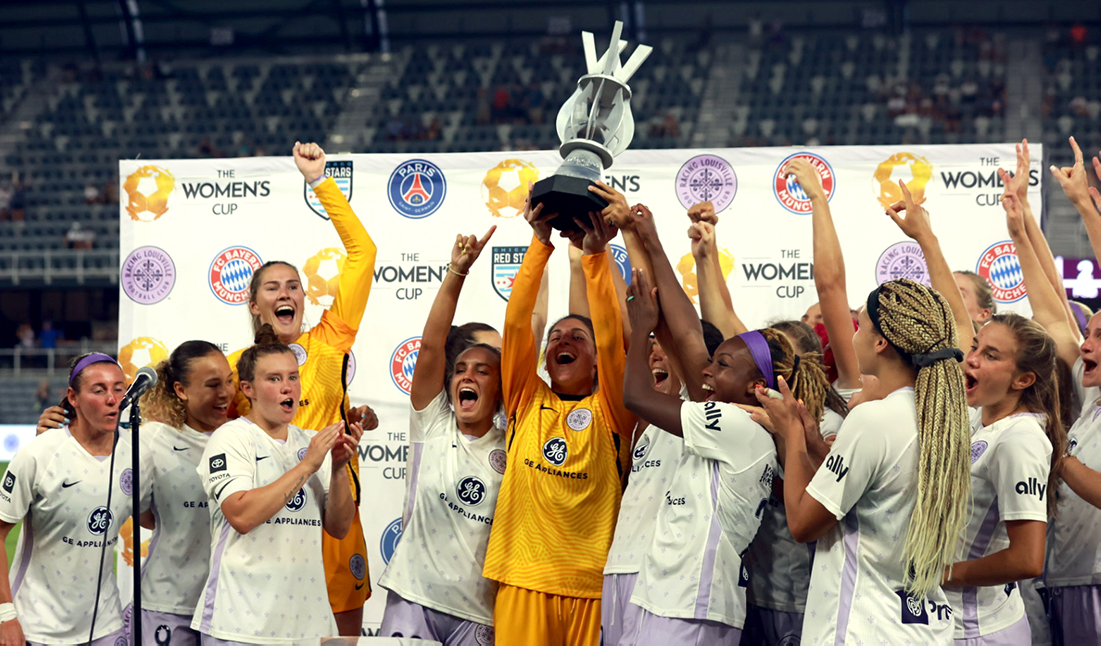 It wasn’t exactly what Christy Holly drew up, but it took 11 penalty kicks for Racing Louisville to lift their first trophy in the first-ever The Women’s Cup final. Racing took on Bayern Munich for the win after beating the Chicago Red Stars in the first slew of action.

Racing Louisville and Bayern Munich were neck-at-neck throughout most of the match. Bayern Munich opened up the scoring early in the second half, courtesy of Klara Bühl. The German international picked up the ball in the the box and slot it past Michelle Betos, who started the match in goal. It didn’t take long for Racing Louisville to equalize, with Jorian Baucom edging her defender and going one-on-one with goalkeeper Laura Benkarth.

Late in the second half, Racing took the lead for the first time. Yuki Nagasato jumped in the air and, while in the air, hit the ball off her right foot and put it past Benkarth. As Racing looked to hang on for the win at the end of regular time, the referee signaled for nine minutes of stoppage time. Bayern took advantage of the opportunity and forced an own goal to equalize.

The match went straight to penalties and chaos ensued. All 10 field players took the kicks from each side, with both goalkeepers making a tremendous show of saves. Katie Lund — who entered in the match at the 69th minute for her professional debut, swapping out Betos — made three saves.

Once it was time for the goalkeepers to take kicks, Racing’s Lund put her shot past Bayern’s Benkarth. However, the German goalkeeper had her shot blocked by Lund. According to Racing Louisville head coach Christy Holly, it was planned to give Lund minutes in her first competitive match.

“In the last two months Katie Lund has turned things up a notch and we wanted to get Katie in there,” Holly said post-game. “We wanted her to play. We wanted her to get that chance. This platform — and my goodness, she stepped up. She got what she deserved.”

On the win, Holly said he’s stoked for the players.

“I mean as a coach I’m stoked,” Holly said. “Every single one of them from start to finish was absolutely first-class players, role models, people, and we’re so proud that they’re attached to this club and this city.”