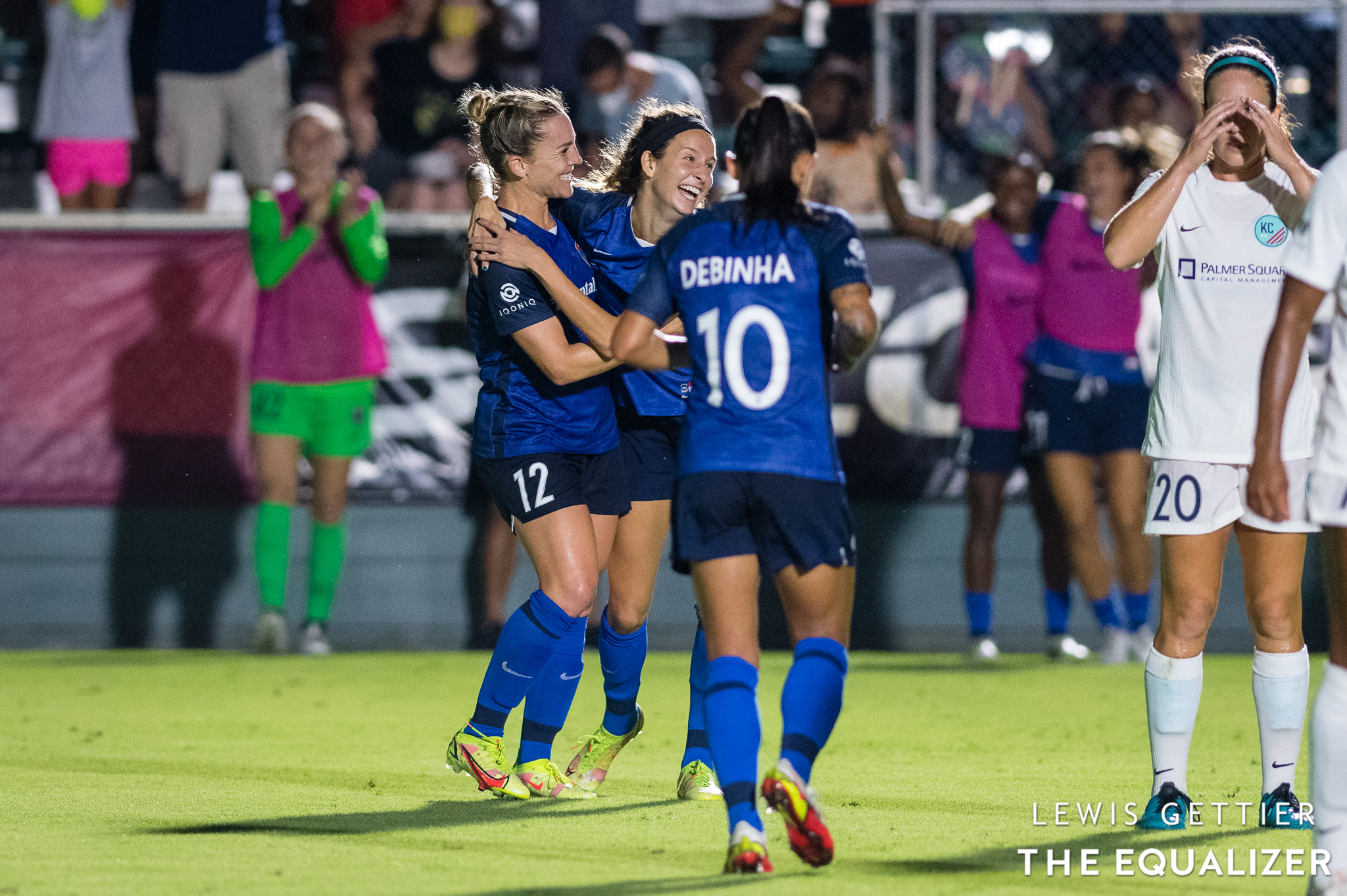 The North Carolina Courage put up four goals at home against Kansas City to pick up three points while OL Reign defeated Gotham FC. See the breakdown of the NWSL’s Saturday night matches!

The Skinny: The North Carolina had four goals and four different goal scorers on Saturday night at WakeMed Soccer Park. Lynn Williams, Jess McDonald, Amy Rodriguez and Meredith Speck put on a clinic, just a day after Paul Riley talked about juggling the first three mentioned on the front forward line. They took on Kansas City, featuring against former teammates. Rodriguez scored against her former club, while Katelyn Rowland was in net — starting over Adrianna Franch, who arrived to Kansas City in the middle of the week.

Williams kicked off scoring in the 12th minute after being fed the ball from left back Carson Pickett. Williams settled the ball and took the shot on her second touch past her former teammate Rowland. Pickett earned a second assist on a corner kick on McDonald’s goal, coming nine minutes later.

In the 64th minute, Ryan Williams found Amy Rodriguez in the box for the third tally. The final nail in the box came from Meredith Speck, who scored her first Courage goal only a few weeks ago, chased down the ball after a deflection and ran down the field to score on an empty net.

One Key Moment: All of the goals had a special touch, but there was something meaningful about Williams’ goal as she returned to North Carolina from the Olympic break. Williams entered the XI with no trouble at all adjusting to the Courage from the USWNT play. However, as much applause belongs to Pickett for the two assists on Williams’ and McDonald’s goals.

Inside the Game: The Courage are closing in on the Portland Thorns — who did not play any league matches this weekend due to featuring in the ICC Tournament. Only two points separate the first-place Thorns and the second-place Courage. It seemed only a few months ago that Portland wrapped up the number one spot. However, the Courage are focusing in on the Thorns and the top spot, a familiar location on the table for North Carolina. The two sides will meet later this season on Sept. 12 and Oct. 30 — the latter being the final regular season match.

Pickett has to be the player of the match, and her play this season has been worthy of a spot on an international roster under Vlatko Andonovski.

The Skinny: Gotham FC had all the momentum in the first half, but the second half was a different story on Saturday night. OL Reign came back from a 2-0 deficit at halftime to score three unanswered goals — with two from Megan Rapinoe in her return to club play after the Olympics — to claim the come-from-behind victory. With three points, OL Reign put themselves in third place behind Portland and North Carolina.

Rapinoe’s goals were both penalty kicks. Allie Long gave up the first penalty against Sofia Huerta, and Gina Lewandowski fouled Rapinoe in the penalty area to provoke the second call from referee Lukasz Szpala. It was Kristen McNabb that scored the first OL Reign goal, though, off a header.

Ifeoma Onumonu had a brace for Gotham with goals in the 9th and 15th minutes. However, it wasn’t enough for Gotham to take points on the road after a defensive breakdown.

One Key Moment: The second penalty concession gave OL Reign the opportunity to steal three points. It’s hard to bet against Megan Rapinoe on the spot, despite the goalkeeping excellence of Kailen Sheridan. However, Rapinoe blasted home two penalties, but the second one was the game-changer, as it gave OL Reign the points and propelled them up the table.

Inside the Game: The table speaks for itself. OL Reign started the year below the playoff line. Now, in an incredibly tight league, OL Reign was able to hop over multiple teams to take the third place spot. OL Reign occupies third place with 22 points, one point ahead of fourth-place Gotham. The response from last week’s gaffe against Kansas City shows that the Reign are focused and serious about staying high on the table.