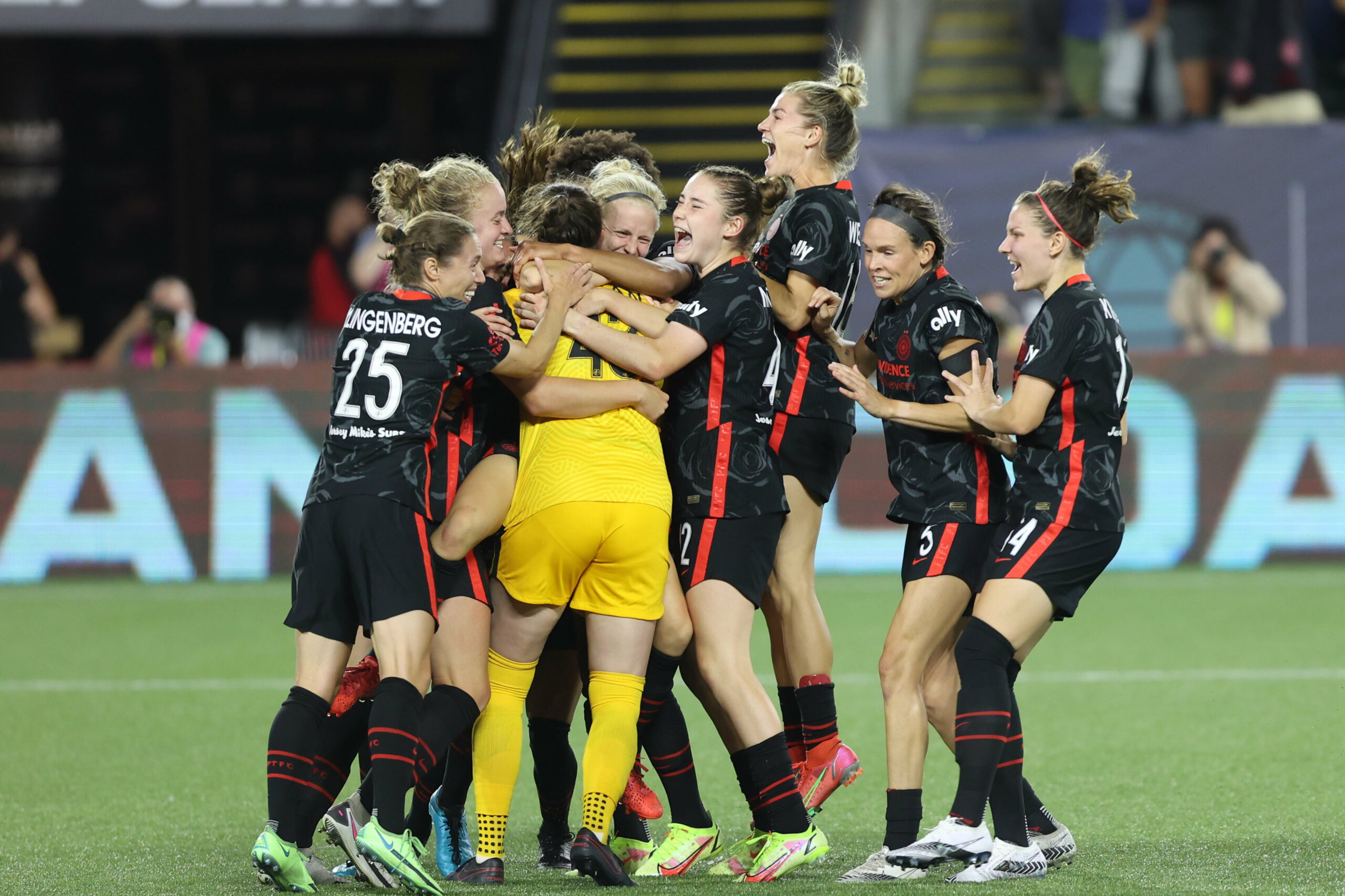 The third edition of the Women’s International Champions Cup also kicked off this Wednesday night in Portland, Oregon, with three first-time competitors. Olympique Lyonnais took on fellow European side, Barcelona, while the Portland Thorns and Houston Dash competed, representing the NWSL. Here’s what happened in the semifinal matches.

Barcelona, the reigning champions of Spain and Europe, took on the reigning tournament champions from 2019 in Olympique Lyonnais. Both sides featured numerous new signings, Lyon with the most, starting Danielle van de Donk, Christiane Endler, and Signe Bruun. The most notable addition to the Spanish team was in the center of defense in the form of Irene Paredes. But both sides really relied on their veterans in this matchup.

It was veteran Mariona Caldentey who would get Barcelona on the board first, just 10 minutes in. Aitana Bonmati played a brilliant ball in behind that Mariona did well to finish one on one with Endler. It was another veteran, this time for Lyon, who would find the equalizer ten minutes after. Selma Bacha provided her first assist of the night with a quality cross, headed down and in by Amel Majri. Bacha would provide another assist just a little later, this time from a corner kick. It resulted in a headed goal for former Thorn, Amandine Henry, in her return to Providence Park.

Lyon came out of half with the lead but Barcelona pushed for 20 minutes and eventually found the equalizer thanks to Mariona’s second goal of the night. The chance came from a bad giveaway out of the back, giving Alexia Putellas a shot on target. The captain’s shot was saved initially by Endler but Mariona was there to slot it home from a tight angle. It looked like it might go to penalties but young French striker Melvine Malard was able to capitalize on a similar situation to score the winner. Majri had the initial shot that was saved by Sandra Paños but she couldn’t hold on and Malard was there to tap it home. With only five minutes left Barcelona couldn’t find another equalizer, and Lyon came out on top.

The reigning NWSL Challenge Cup Champions, Portland Thorns, took on the 2020 winners of said competition, Houston Dash, to a thrilling conclusion that saw the hosts advance to the final on Saturday. Both sides were missing significant players in the form of their Olympians, though the Dash had Sophie Schmidt and Rachel Daly back. Portland put out a very young, inexperienced lineup, while the Dash lineup featured Jasmyne Spencer at outside back.

Daly and Shea Groom were the stars of the show for Houston. Daly’s work rate has to be mentioned alongside the assists she provided on both of Groom’s goals. The first goal, coming 20 minutes in, was a great curling finish from the top of the box. The second was created close to halftime by sharp, quick interchange, started by Latsko, and finishing with Groom in the box, slotting the ball into the bottom corner. Going into the half, Houston had the two-goal lead and looked firmly on top in the match, but Portland weren’t going to give up without a fight.

Portland came out of the break fighting and managed to pull one back in just five minutes. The 15-year-old Olivia Moultrie had a massive second half, providing the assist to the first Thorns goal with her corner kick. That goal was scored by Natalia Kuikka, who normally plays outside back but moved up into the midfield on Wednesday. Kuikka got good power on her header inside the box while her teammates created traffic in front of Amanda Dennis who couldn’t make the save. Just seven minutes later, Moultrie, who started and played the entire match, scored the equalizer from a free kick. The direct shot didn’t have a ton of power on it but the curl took it just out of Dennis’ reach.

Both sides continued fighting but neither could find a winner in regulation so, to penalty kicks it went. The shot-stoppers to step in net are very inexperienced at the pro level. This was just Dennis’ second appearance, while Shelby Hogan was making her professional debut, as a Thorn. But, goalkeeper coach (and German legend) Nadine Angerer must have some magic she gives her keepers because Hogan saved three of the four shots she faced.

Hogan started off by saving two kicks in a row before Megan Klingenberg converted Portland’s first. Dennis made a save too, stopping Kuikka’s attempt that didn’t have enough power on it. Daly would convert the only PK for Houston while Moultrie scored to add to her list of contributions on the night. Going into the fourth round of kicks, Hogan made another save, this time on Houston’s hometown hero Michaela Abam, allowing Simone Charley to slot her attempt into the corner and win the game for Portland.

Both matches will be streamed on ESPN channels in the U.S., and on the DAZN UWCL YouTube channel internationally. Both games will be played on Saturday in Portland, Oregon, and tickets are still available so if you have the chance to see these incredible players live, don’t miss out. The third-place game will be played at 4:30 p.m. PT between Houston Dash and FC Barcelona. The final will take place at 7 p.m. PT between NWSL league leaders, Portland Thorns, and the European powerhouse that is, Olympique Lyon.